January
The Ministry of Energy has developed a draft order to ban the import of gasoline to Kazakhstan from Russia for three months. This refers to the supply of petroleum products by rail. The draft document was published on the Ministry's website. The draft document must be approved and registered with the relevant agencies. Earlier, a similar ban on the import of gasoline from Russia was introduced on August 25, 2018. As explained by the Vice-Minister of Energy, Bolat Akchulakov, Kazakhstan under the agreement with Russia within the EEU has the right to periodically introduce a conventional ban on the import of petroleum products.
KazTransOil JSC (KTO) and Karachaganak Petroleum Operating B.V. (KPO) signed a new contract for the provision of services for the operation and maintenance of the Karachaganak-Atyrau pipeline in the amount of 6.68 bln KZT, the Public Relations Department of the national operator reports. The budget of the contract for three years with a possible extension for two periods of 12 months is calculated using the inflation rate for 2019-2021 and taking into account the annual increase in the payroll of staff, and the prices for vehicles provided, the report says. KTO provides KPO the operation and maintenance services of the Karachaganak-Atyrau pipeline for 16 years. The budget of the previous five-year contract (2013-2018) amounted to 6.679 bln KZT. The pipeline with a total length of 635.5 km was put into operation in 2003 to pump raw materials from the Karachaganak field into the oil pipeline of the Caspian Pipeline Consortium through the terminal in Atyrau for subsequent export. The design capacity of the pipeline is 10 mln tons/year.
Azerbaijan state company SOCAR and KazMunayGas signed a Memorandum of Understanding. The signing took place in Baku during the visit of the Kazakhstani delegation headed by the Chairman of the Board of KMG Alik Aidarbayev. The delegation also included the Deputy Chairman of the Board for Exploration, Production and Oilfield Services of KazMunayGas Kurmangazy Iskaziyev, General Director of KazTransOil JSC Dimash Dosanov, Director General of National Maritime Shipping Company Kazmortransflot Marat Ormanov.
During the meeting, prospects for cooperation in all segments of the oil and gas industry were discussed, as well as a plan for joint activities in the near future. After that, the heads of SOCAR and KMG signed a Memorandum of Understanding. The document provides for cooperation between companies, including in the field of exploration in the Caspian sea, joint research of geological and geophysical materials for the exploration of hydrocarbons, as well as in the field of logistics, trading of oil and petroleum products. As the first concrete cooperation project, the Memorandum provides for the transportation to Baku and modernization of the Satti floating drilling rig, owned by KMG, for subsequent use in drilling operations on SOCAR projects in the Azerbaijani sector of the Caspian sea.
During the meeting, a Protocol of Intent was also signed between the marketing Department of SOCAR and Kazmortransflot on the prospects of cooperation in the field of transportation of hydrocarbons.
Daniyar Berlibayev was elected Chairman of the Board of Directors of KazTransOil JSC, the website of the Kazakhstan stock exchange (KASE) reports. Taking into account the latest changes that occurred on December 28, 2018, the Board of Directors was elected in the following composition: D. Berlibayev – Chairman of the Board of Directors; Dimash Dosanov and Nurtas Shmanov – Members of the Board of Directors; Almasbek Muhashev, Hadrien Fraissinet, and Vinicius Agostini – Independent Directors.
D. Berlibayev, Advisor to the Chairman of the Board of KazMunayGas from 2016 to 2017, was the Executive Vice President for Transportation, Refining and Marketing of KMG, earlier – from 2012 to 2016 – Deputy Chairman of the Board and First Deputy Chairman of the Board of KMG.
The Korkyt Ata compressor station is commissioned on the Beineu-Bozoi-Shymkent (BBS) gas pipeline. With the commissioning of this vital gas transportation system facility, the implementation of the most significant investment project to increase the throughput capacity of Beineu-Bozoi-Shymkent from 10 bln cubic meters per year to 15 bln cubic meters. At the same time, five bln cubic meters of gas will fully cover the needs of the southern regions of the country, and ten bln cubic meters will be exported to China. The station is located near the village of Aksuat of Kyzylorda region. Now, as part of the investment project along the BBS gas pipeline three compressor stations are operating on the territories of Turkestan and Kyzylorda regions: Aral, Korkyt Ata, and Turkestan. 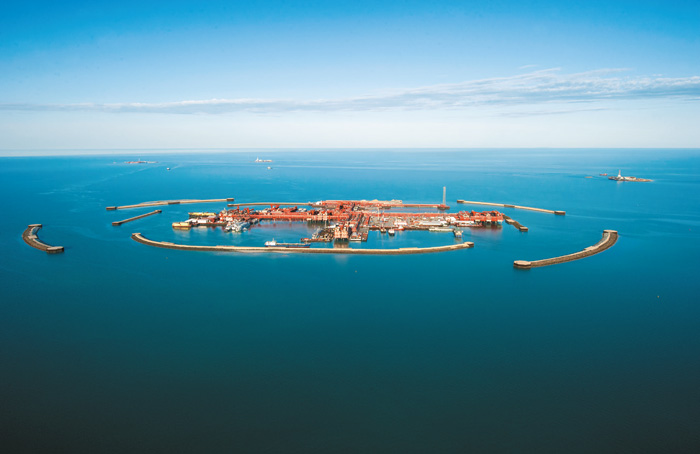