The State and Prospects of Infrastructural Development on the Caspian Sea 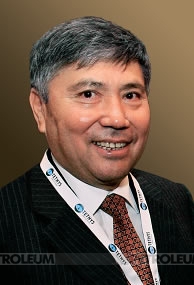 Meantime, the efforts of elaborators were concentrated on understanding of the fact that the main target in the Kazakhstan sector of the Caspian Sea is a huge oil and gas condensate field Kashagan the geological reserves of which are estimated at 5 252 million tons. Therefore, a main focus in the work was directed at timely provision of oil operations with qualitative infrastructure under the North Caspian project. To date, there are existed the already established facilities of coastal infrastructure of the offshore oil operations support base of Agip KCO with a drilling agents treatment plant and spacious storehouses of open and closed storage; of TenizService LLP with a mooring on stone rock shipment; and of Balykshy LLP with a ship-repair plant. Also, there are platforms and moorings of other companies on the coast of the Tupkaragan Gulf, the landfills Koshanai of Agip KCO and TenizService on treatment and burial of toxic wastes located 25 km from the settlement of Bautino, and a sea vessels refuelling station. All these facilities, as well as the base of Sartas Teniz Port provide the demands for oil operations under the North Caspian project at a phase of pilot commercial development of the Kashagan field and other projects for development of KSCS resources in zones 1 and 2. 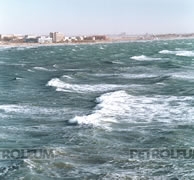 With the development of oil operations on Phases 2 and 3 under the North Caspian project, on the Kalamkas-sea, Zhemchuzhina and other fields in zones 1 and 2 of the KSCS, the available capacities of the above-mentioned facilities in the area of Bautino can be insufficient to satisfy demand under operation of these fields. For example, the mooring complex on stone rock shipment by TenizService with a maximum designed capacity of up to 2 million tons of rock a year cannot satisfy the demand for stone rock over the specified capacity to fill the artificial islands on these fields (for example, in 2014-2018). Therefore, it is necessary to take measures on increasing productivity at this mooring complex or to create additional capacities for shipment of stone rock from other mooring. In particular, it is really possible to establish 2 new additional moorings for shipment of stone rock on the basis of TenizService’s support base with a productivity of up to 2 million t/year, to build a tape conveyor line with a productivity of up to 4 million t/year from the stone open-cast mines to the moorings on the bases of TenizService and Balykshy, and to expand productivity of the base of Sartas Teniz Port on shipment of stone rock of high density. 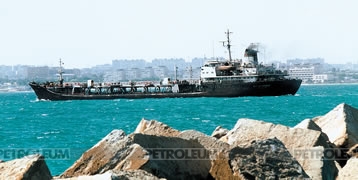 The lack of orders in the market of metalware in 2010-2011 forcers local plants (for example, by the company Ersai in Euryk) to reduce production. However, it should be taken into account the fact that since 2012 (Phase 2 of the North Caspian project), it is expected a sharp increase in demand for metalware of various complexity. So, the plants should increase their capacities to meet such demand.