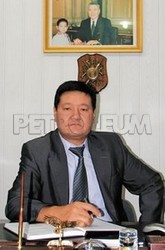 The company was established by its general director Alexei Myltykbaev in 1990. This year Zhanros Drilling is 21 years old!

Z hanros Drilling LLP has successfully worked in oil industry since 1996. It started with oil equipment supply. Then began pipeline construction in the Mangystau region and for Turgai-Petroleum JSC. It has built roads for Hurricane Kumkol Munai. Zhanros Drilling quickly grew up into a wide duty service company with more than 1000 employees. It has it own industrial bases and offices in Kyzylorda, Aktau and Almaty.

During years of safe activies the company has drilled 170 wells, made 260 completions and workovered 2320 wells. Hundreds kilometers of oilfield roads have also been built during this time.

Zhanros Drilling worked in almost half of the territory of Kazakhstan. It has drilled many wells and made many workover jobs in South Torgai depression, Atyrau and the Mangystau region. It has drilled wells for gas storage in Zhambyl region, wells in Almaty region, and in Eastern Kazakhstan.

Zhanros Drilling is well known for its successful activity both in Kazakhstan and abroad.

The bases for the productive activity of Zhanros Drilling are:

Examples of high team professionalism include: the successful complex workover jobs on POOH with submersible pump from the emergency well Nuraly-22; repair works with 25meters of milling on the well Akshabulak -13 after long idle time.

The company PetroKazakhstan expressed its special gratitude to Zhanros for the quick and safe operation while drilling well Doszchan-13, because there was a hydrogen sulfide show unusual for the South Torgai geology. 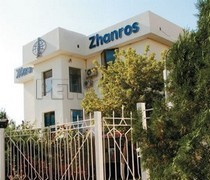 Its own industrial bases in the oilfields and reliable logistics make it possible for Zhanros Drilling to quickly fulfill the following jobs: