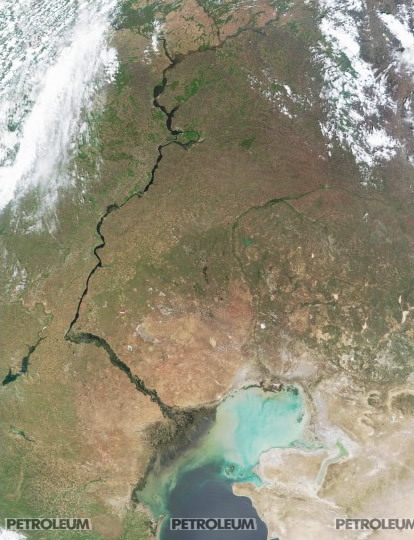 Shocking drop in the global oil prices, which happened at the end of the last year and the beginning of this year, has seriously complicated the implementation of an ambitious project, created to support the investment image of Kazakhstan, damaged due to Kashagan issues, on the one hand, and to replenish its resources of oil and gas, on the other.

Eurasian Consortium.Kazakhstan suggested the investors to look for the second Kashagan onshore. Petroleum, issue #6-2013). Its leader and General Coordinator is Mr.Baltabek Kuandykov, President of the Society of Petroleum Geologists in Kazakhstan, former head of National Company Kazakhoil. In the early 90 's he created the international consortium KazakhstanCaspiyShelf, which discovered a unique Kashagan field in the Caspian offshore. Now the team of Baltabek Kuandykov plans to discover the second Kashagan onshore.

An experienced geologist estimates the resource potential of the Caspian region (especially, in the Pre-Caspian area) as 40 billion tons of equivalent fuel. However, in his view, the entire area around the Northern Caspian had already been explored to 5-km depth and no new discoveries are expected. "We're unlikely to discover another Kashagan or Tengiz in the territory of the Pre-Caspian basin,- said Mr.Baltabek Kuandykov. We studied it with use of accessible methods and we realize that no large discoveries will be done at such depth. If they are any accumulations, then they are located much deeper".

Kazakhstani geologists state that based on the preliminary studies, the sedimentary complex (where oil and gas can be formed) is located at a depth of 25 kilometers. Later, under the impact of high temperature and pressure, oil rose up to the “traps”, at the level where the current fields are developed.But almost all of such fields are explored. The challenge is to look into the depths of the Earth. Nowadays, the deepest well in the world was drilled at the Kola peninsula in Russia, its depth reaches 12.3 km. Such wells are also being drilled in the United States, Brazil and Canada. Kazakhstan wants to go even deeper.

Eurasia project consists of three phases. The first one involves the collection and processing of materials of the past years. In Soviet times, there was a certain volume of regional operations in the Caspian depression, including both geophysical data and information, derived from the parametric well drilling in Russia and Kazakhstan. At the first phase, the task of scientists will be systematization and organization of the archive materials & data. At the second phase it will be required to ensure the large-scale geophysical research on the selected new regional profiles.And, finally, it is expected to drill a new parametric well Caspian-1 down to a depth of over 15 km, at the third phase, which will allow us to get data from 20-30 km, i.e. to cover almost completely up to the Foundation to cover the Pre-Caspian basin with its total length of 3.2 thousand km.

Eurasia is a truly unique project, which requires developing the innovative technologies, first of all, the innovative technology of drilling the ultradeep wells. In today's world there is no rig that can ensure drilling up to 15 km. In order to reinforce the well, it is necessary to lower the columns, pipes, and to find a metal that is lighter and stronger than the materials, used nowadays. At the planned depth, it is expected to face the temperatures of approximately 300 degrees at a pressure of 2 thousand atmospheres, says Mr Baltabek Kuandykov. In such circumstances, the normal rock salt, which is being in crystal form, turns into nearly liquid state. Due to these geological conditions it is required to search for new kinds of materials: metals, cements and chemical agents, necessary for drilling fluids. According to the Project Coordinator, Kazakhstan intends to involve the Russian space and military technologies, as well as Western technology of super deep drilling for the project.

The project uniqueness results in high costs. For today, an estimated cost of three phases of Eurasia is about $ 500 million, however, it will inevitably rise as soon as it comes to the pratical implementation. As it is known, in 1997, when the PSA was signed for the North Caspian Sea project, the development of offshore Kashagan field was estimated in amount of 57 billion USD; within 15 years, this amount has grown almost three times- up to 136 billion USD. It is obvious that the same situation will happen with Eurasia project.

During autumn and winter of 2013 the major oil companies, both operating in the country and the new investors, were invited by the relevant ministry to participate in the Consortium. Among them: Chevron, Shell, ExxonMobil, BG, Total, Rosneft, LUKoil, CNPC, Statoil, ONGC, JNOC and Maersk, which drilled one of the deepest oil well in the world. “The practical work is scheduled for 2015,-said  Mr Baltabek Kuandykov back in October 2013, - until that time the dedicated interdepartmental commission will be created to report on the project advancement.  A team will be formed to negotiate with the potential project participants. The project implementation is expected in 2015-2020".

The interdepartmental commission and the working group have been actually created. But suddenly, the oil prices have fallen down. And it was no one to negotiate with. Reports from the oil stock exchanges began to resemble the frontline news. 80, 90, 60, 50 USD per barrel. Where is the bottom? In these circumstances, the first thing that the producing companies do is reducing their investment programs. In January 2015, at the Davos Forum, Fatih Birol, Chief Economist of the International Energy Agency shared that investments in the global oil and gas industry will be reduced by 15% this year.