Vladimir Shkolnik: Era of «Easy Oil» Is Over 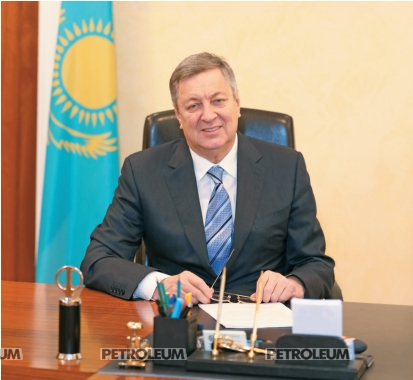 Vladimir Shkolnik, Minister of Energy of the Republic of Kazakhstan answers the questions of Petroleum magazine

Mr.Shkolnik, last year the world energy market faced truly tectonic changes, caused by falling prices of hydrocarbons. In turn, it affected the profitability of alternative energy, projects for the extraction of shale oil, etc. What changes are resulted in the plans of the Government of Kazakhstan in the energy area in connection with such a situation? What place takes currently the oil and gas industry in the system of energy security?

Global challenges in the world economy, associated with the volatility of energy prices, sanctions policy of the leading world powers have set before Kazakhstan a need to develop new approaches to the formation of the structural model for its economy. In particular, the Government is taking measures to reorient the economy from the commodity orientation to the production of high value-added products, to boost the development and to enhance the use of Kazakhstan’s high technologies and development of advanced formation for the personnel.

The priorities are to increase hydrocarbon resource base, improving the efficiency of development of existing fields, prepare the domestic industry to work in new conditions, requiring the innovative approaches.

Thus, the new concept of the Subsoil Code is under development, which is proposed to attract the necessary investments into exploration to maintain the momentum of industrial development. The document shall drastically simplify the procedure for granting the right of subsoil exploration and it will enhance the international cooperation for exploration of new oil and gas fields. 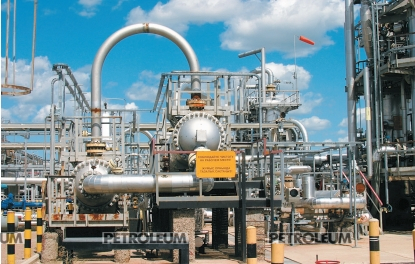 The Government developed an action plan to promote economic growth in the medium term, including measures to support companies in the oil and gas sector in crisis conditions.

In the medium term, development of the oil and gas sector to improve its competitiveness should be achieved based on major projects (TCO, Kashagan, Karachaganak).

In addition, the new approaches will be introduced for use of export customs duty (ECD) with its binding to the global oil prices (progressive rate) to reduce the negative impact on the oil industry revenues.

In December of the last year, the Government approved the Concept of Oil& Gas Industry Development until 2030. As is it known, Kazakhstan has traditionally been an oil-rich country and the gas industry was an auxiliary one. Will the situation change in the future? Will the share of gas be increased in the country’s energy mix? What are the specific perspectives of industry?

Despite the fact that the natural gas is actually an accompanying component in the oil production, the gas industry in Kazakhstan is currently one of the most dynamically developing in the domestic economy.

Today we face new applicable and strategic tasks, which shall be implemented within the framework of the new economic policy of Kazakhstan "Nurly Zhol” and the second five-year plan of the industrial development. For example, the industry development plans include the expansion of the gas supply coverage.

In particular, on December 5, 2014, the Government Decree approved the concept on the development of the gas sector of the Republic of Kazakhstan until 2030. The Concept stipulates the key directions of the State policy in the gas industry based on the current and foreseeable situation in the world, existing resource base, development plans and policy documents, including the State program of forced industrial & innovative development (SPFIID). 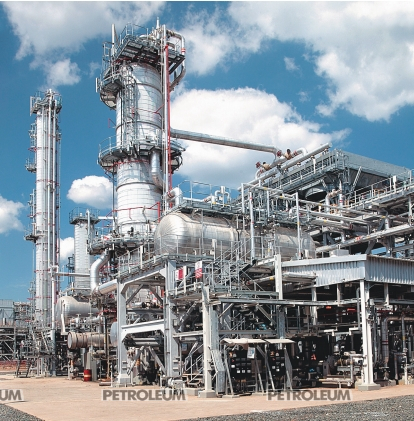 As to the export prospects of gas industry, it should be noted that natural gas is transported through the system of main gas pipelines which pass through the territory of eight regions of Kazakhstan. Their total length is about 17 656 km. Major pipelines were built in the Republic to transit the Central Asian gas in the direction of Russia and China. As a result, the share of transit in total amount of gas transport in the Republic of Kazakhstan is currently more than 80%. Most pipelines are also used to supply gas to the domestic market and for the export.

Development of gas transportation infrastructure has a strategic importance for the economy of the Republic and it ensures the energy security of the country. Earlier the pipelines, laid in the territory of the Republic were not technologically interconnected that did not allow their use for pumping the gas, produced in the Western regions to the South.

In connection with the rising domestic gas consumption, it is expected to make a prospective reallocation of gas delivery volumes from the export in favour of the internal market until 2030.

I would answer your question the following way: the main strategic trend of industry until 2030 should be a priority to ensure the domestic needs of Kazakhstani consumers of marketed gas for economic development of the country and the quality of life of its citizens.