On June 3 Supplement №4 signed between the Ministry of Energy of the Republic of Kazakhstan (competent authority), KazMunayGas OC JSC and ONGS Videsh Limited company to Contract №3575 as of June 15, 2010 on the exploration and production of hydrocarbons in the Satpayev site, located in Kazakhstan sector of Caspian sea.

International Consortium Karachaganak Petroleum Operating B.V. (KPO) has offered to pay about 300 million USD to settle differences with the Kazakh Government on Karachaganak. Kazakhstan rejected this proposal, says the Financial Times citing sources.  Energy Minister Kanat Bozumbayev told to FT, that the government has abandoned from the last offers of settlement, which, according to him, was made last month. He did not mention the proposed amount. The Kazakh Government wants to get a bigger share of the profits in the project, the newspaper notes. "This is one of the best fields. It has already returned the investment of shareholders, now it will bring profit to Kazakhstan. So, we are in negotiations, "- Bozumbayev said in an interview with the FT.

KazMunaiGas Exploration Production JSC announces about the decision of the Board of Directors to merge subsidiaries KMG EP - Zhondeu LLP and KRUZ LLP - to OzenMunajServis LLP. The merger of enterprises will improve the management of subsidiaries. It is assumed that, given all the necessary procedures for mergers of enterprises merger should be completed to October 1, 2016. Subsequently, it is planned to convert OzenMunayServis LLP to a joint stock company, which will give the company the necessary independence, provide the necessary responsibility of management, as well as transparency and compliance with corporate governance. The merger of companies is carried out by analogy with the reorganization of construction companies, carried out by KMG EP in 2015,aws a result of which to Ken Kurylys service» LL were attached Kenderli Kurylys LLP and Zhol-service LLP. 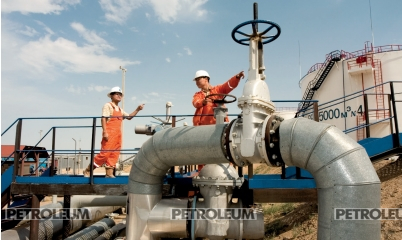 PSA LLP, acting as authority for an agreement on the division of the North Caspian Production (NCS PSA) on behalf of the Ministry of Energy of the Republic of Kazakhstan, as well as contracting companies of the North Caspian Project signed orders of oil gas and sulfur sampling, from the Kashagan development site, said in a press release the Ministry of Energy. The signing of this document is one of the key conditions for NCS PSA required prior to the commencement of commercial production at the Kashagan field, the report underlines. The Ministry clarified that the document defines the schedule, storage, measurement, forecasts of production, distribution and payment due to the volume of the division between Kazakhstan and the contracting companies, products produced at the Kashagan field. The Ministry noted that negotiations with the contracting companies in respect of “sampling orders” were carried out over several years.

June 21, KazMunayGas National Company announced that it is ready to carry out the redemption of shares of the subsidiary KazMunayGas Exploration Production at market value. "Our basic price offer for redemption, I think, 7.88 USD. In simple words, market price on GDR approximately 7.40 USD, until recently - 6.9 USD. Our price- 7.88 USD,- said at a press conference in Astana, Sauat Mynbayev, the Chairman of the Board of Directors of KMG . "Perhaps the situation will show how to proceed, but there is a key question - if a shareholder does not wish to sell, no one can force him,"- he added. At the same time, he admits, shareholders can sell their shares. "It may be redemption will be excluded, if shareholders say that they are not interested in our offers, there will be no redemption. But then the responsibility for the future trend in the price of the shares will be divided with all minority, "said the head of KMG. As reported, the Board of Directors of KMG appealed to KMG EP in November of last year with a proposal to revise the agreement on the relationship between the two companies.

June 25 the new head of "Caspian Pipeline Consortium" (CPC) Nikolai Gorban took office, informed the press service of the Company. In this position he replaced Nicholai Brunich, who, as reported, in April wrote a statement on the early dismissal. Earlier N. Gorban was the General Director of Transnefteprodukt (included in the Transneft).

On July 5 «TengizChevroil» JV announced about making a final decision on expansion project, the investment amount will make up $37 billion, informed Kanat Bozumbayev, Minister of Energy of Kazakhstan. «We welcome the decision of TCO partners (about making a final decision about funding of TCO expansion project). The investment amount makes up 37 billion dollars», –Bozumbayev said at the meeting with TCO participants in Astana. As indicated in spread materials, it has been planned to obtain the first oil in 2022 within the frame of the project. «In the course of the future expansion project a crude gas injection technology will be used, which was successfully developed and tested during the previous expansion projects of TCO production capacity in 2008, thereby the production capacity of crude oil production at the field will be increased approximately to 12 million tons per year, or 260 thousand barrels per day, and will make up about 39 million tons per year, or 850 thousand barrels per day. During the maximal production period this index will exceed 900 thousand barrels per day», – the statement said.

The participants of «Tengizchevroil» JV are Chevron (50%) and ExxonMobil Kazakhstan Ventures Inc (25%), Kazakhstan through the national company «Кazmunaygas» (20%), as well as LUKArco (5%). The company has been working since 1993.