Shareholders are Thinking about the Future of Kashagan

Participants of the North Caspian Consortium cannot make a decision on implementation of a full-scale development of the offshore Kashagan field in terms of volatility of world oil prices.

Shareholders and the Government of Kazakhstan agreed on the project cost increase from 36 bln to 200 bln USD. This was announced by Kazakhstani website abctv.kz. “The chapter on full-scale Kashagan development is not closed. The decision on full-scale development will be taken on the basis of pilot development results", said Daniyar Berlibayev, Executive Vice President on transportation, processing and marketing of NC KazMunayGas JSC, in an interview to the website. 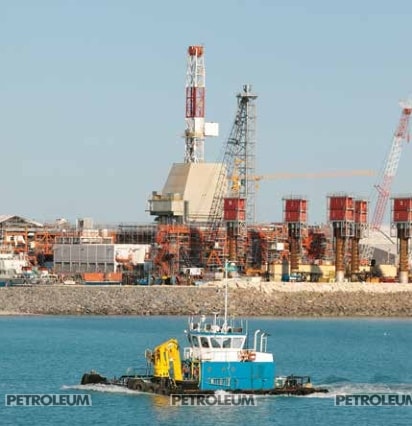 However, a couple of days later, Kanat Bozumbayev, the Minister of Energy , actually disavowed the statement on approval of the new project’s budget, saying that the exact cost is still unknown. "Maybe 200, or 150, or maybe 250. Today no one, including operators, can announce the exact cost. But it is really high. The first stage is not completed, we are in the middle of it, a substantial amount has been spent. At the second stage it should be much higher, " Bozumbayev said at a briefing for journalists at the beginning of March.

At the same time, he stressed that while the project cost is about 200 bln USD, none of investors can pump its own funds for full-scale development and they will have to borrow this amount from the banks. "When the oil price is 56 USD per barrel, it makes no sense to talk about it. 75 USD - perhaps we can start talking. Science and technology are developing. Yesterday's assessments are very expensive and they can significantly decrease. Now, we are considering a proposal of one of the operator companies and equipment manufacturers for further Kashagan’s first stage development , and we think that the cost will be significantly cheaper than it was expected,” the Minister said.

As it is known, before the end of the duration of the North Caspian PSA, signed in 1997 (until 2041) shareholders have the obligation to implement a full-scale development of the field. Repeated extensions of the date of commercial production start, the rise in the project cost and current decrease in crude oil prices on the world markets put into question the feasibility of such investments (see. article “Kashagan asks for new investments”, Petroleum, No.3-2016) It is not clear yet, have the shareholders of the consortium agreed with the Ministry of Energy of the RoK on the possibility of the phasic project implementation (overall, three phases were expected). Different officials make different statements about this.