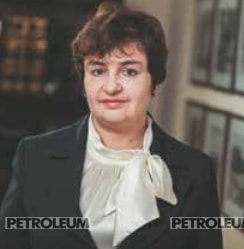 In summer 2015, the Concept of the Code of the Republic of Kazakhstan "On Subsoil and Subsoil Use" (hereinafter, the Concept) was approved in Kazakhstan and it was resolved to draft and adopt the Code. According to the Legislative Drafting Plan for 2017, the Draft Code (hereinafter, the Code or Draft) is to the submitted to the Parliament in September 2017. The Subsoil Code is expected to enter into force from 1 July 2018.

In the beginning of March 2017, the Draft was circulated to various public organizations, including professional and investor associations, for extensive discussion by business community and provision of comments and proposals. Since that time, the Draft has changed a lot, and not to investors' benefit. When preparing this article, we have been analyzing the Draft version as of early April 2017.

Writing articles on draft legislative acts a lowly and somewhat useless job, as they are utterly apt to changing, which is corroborated by major modifications in the Draft made within the short period from March to April 2017. Also, draft laws at the stage of their preparation are often "uncleaned" and sometimes unstructured documents. The Draft Subsoil Code well embodies all these features. Still, realizing the importance of the drafted Code, its significance for the development of economy and investors' interest in subsoil, we found it possible to express our views on the yet-to-be-finalized Draft.

1. Key Novelties of the Draft


Draft Structure. Firstly, it should be mentioned that, once the Code is adopted, subsoil use will be governed by the regulatory legal act of a higher legal force than the currently effective Law of the Republic of Kazakhstan "On Subsoil and Subsoil Use" of 24 June 2010 (hereinafter, the Subsoil Law).

As befits the Code, the Draft includes a Special and General Parts. In turn, the General Part contains 6 large sections governing a broad range of fundamental issues, such as the concept of subsoil and its resources; minerals and their classification; the concept of subsoil use right and the grounds for its origination and termination; transfer of subsoil use right; legal regime of geological information; subsoil license and contract; safe use of subsoil; governmental regulation over industry; and other key provisions comprising the subsoil use regime at large.

The Special Part contains 5 sections governing the geological study of subsoil; exploration and production of hydrocarbons; exploration and extraction of solid minerals (hereinafter, the SM); the use of subsoil space and artisanal mining.

Notably, the Concept sets forth as the rationale justifying the Code appropriateness the need to establish in the Special Part of the Code a special regulation over a number of matters (for example, the use of technogenic mineral formations, common minerals, etc.), however, as revealed by the Draft analysis, in the course of its drafting this approach has been abandoned.

The Draft Missing Some Issues Currently Regulated by the Subsoil Law. The Draft lacks regulations to govern the construction and/or operation of underground facilities unrelated to exploration and production. Obviously, those operations will not actually disappear, but at the moment it is unclear how and by what they will be regulated.

Also, in all appearances, following the Code adoption, subsoil legislation will not be regulating the extraction and use of underground water and therapeutic muds. The Code expressly stipulates that the relationships involving the use of underground water resources are regulated by the RK water legislation, except for the cases provided for by the Code. However, the Code contains but sparse pertinent regulations, which are mostly of reference nature.

The drafters have left out the special rules relating to the exploration and extraction of common minerals contained in the current Subsoil Law. Moreover, this term has been altogether excluded from the Code. We understand that this is due to the transition to the international system of mineral reserves qualification, but the need for, and appropriateness of, complete demolition of the existing system remains questionable.

Technogenic mineral formations (TMF) are qualified as SM, and no special regime so much spoken of at the stage of the future Code Concept development has been established.

In all fairness, it has to be said that the drafters have no conceptual solutions and final common position in respect of a number of the above issues. Perhaps, in the course of further work some approaches will yet be modified and in the outcome we will have a legislative act very different from the existing Draft.

Some Conceptual Changes in the Subsoil Legal Regime

Replacement of the contract system by the licensing system. It should be primarily mentioned that the legal regulation of subsoil use in the oil industry is being amended to a much lesser extent than that in the mining area.

It is the mining industry that is intended to undergo large conceptual changes, the major one being replacement of the contract system by the licensing system.

The license will be issued for the geological study of subsoil and for SM exploration and extraction.

The use of subsoil space and artisanal mining will also be license-based.

Streamlining of the subsoil use right obtainment procedure. Licenses, including SM extraction licenses, are expected to be issued under a maximally simplified procedure on the basis of applications.

Other novelties in the mining area. Mining is expected to undergo a number of other important innovations, for example, introducing the concept of SM extraction block retention. This implies a specific legal regime for subsoil blocks under SM extraction licenses, providing for the subsoil user's right not to start, or to suspend, the SM extraction at the block. The retention status is assigned under certain conditions, which incude, for instance, extraction of discovered mineral resources being unprofitable for the subsoil user due to unfavorable market conditions, if there are reasonable grounds to believe that such extraction can become profitable in the future.

Liberalization of the Geological Information Usage Legal Regime. As suggested by the Draft, subsoil users will be able to freely dispose of their own geological information.

Flaws in the Draft Legal Writing. As of today, the Draft is obviously immature. It is poorly structured, many provisions non-finalized and unclearly worded.

Rejecting the well-considered, verified and already familiar terms and definitions and replacing them with other, sometimes (in our opinion) legally flawed or significantly more "cumbersome" ones, does not improve the quality of legislation as compared to the current, but rather has the contrary effect.

Some procedural matters are governed in excessive detail, which should not be the case with the legislative act of such high legal force as the Code. Some rules are duplicated in the General and Special Parts.

One can only hope that in the process of further work the Draft text will be proofread, finalized and structured.


Since the magazine is dedicated to the oil industry, we are highlighting below the points of expected legal regulation over the exploration and production of hydrocarbons.

Realizing that the Draft will be actively improving and, consequently, modified at least until September 2017, we are dwelling only on its provisions that are most essential in our view and that form the legal regime in the area of hydrocarbons subsoil use, and consider them in general, without lingering on details and on the so-called "petty regulations" abounding in the Draft.

As mentioned above, no drastic changes in the oil industry subsoil regulation have occurred and the fairytale legal regime liberalization so awaited for by the miners will not come to bless the oilers. This can be explained by the considerably worse state of the mining industry, the special significance of oil as the source of energy, and by many other reasons.

Nonetheless, it is anticipated that, once adopted, the Subsoil Code will change subsoil use regime in the oil industry as well, although not so drastically. 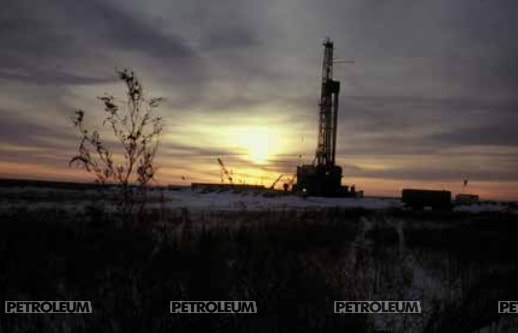 3. Subsoil Use Right Concept and Content under the Code


According to the Draft, subsoil use right is a person's ability, secured by the Code, to use subsoil within the allotted block for a certain period of time, on a paid or free-of-charge basis.

The Code expressly stipulates that the subsoil use right is an indivisible right in rem.


Types of Hydrocarbons Subsoil Use Operations. According to the Draft, hydrocarbons mean crude oil, gas condensate, gas (including crude natural and associated gas and gas from low permeability (shale or coal) reservoirs) and natural bitumen.

The General Part of the Code implies that, as regards hydrocarbons, subsoil use right is granted to conduct the following operations: 1) geological study of subsoil; 2) mineral exploration; 3) extraction of minerals; and 4) use of subsoil space for the purposes unrelated to exploration and/or production of minerals.

Grounds for the Subsoil Use Right Origination. The right to the geological study of subsoil and to use subsoil space for the purposes unrelated to exploration and/or production arises on the basis of a license.

Procedure for Obtaining the Right to Exploration and Production. Since investors are traditionally mostly interested in obtaining the rights to the exploration and production of hydrocarbons, we will dwell on this in more details.

The auction procedure is spelled out in every detail, which we deem unreasonable for a legislative act of the code level. Such detailed procedural breakdown would be more appropriate to appear in a subordinate legislation. These would be the same legal writing flaws devaluating the Code's significance as such.

The potential subsoil user must meet the following requirements: