The Romanian authorities approved the sale of 51% of KMGI 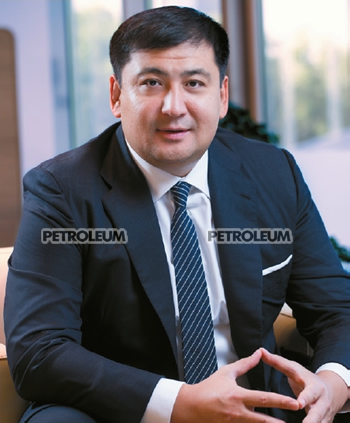 KMG International (KMGI) Group reported in late July about the decision of the Romanian authorities to approve the deal that was made at the end of 2016 between its sole shareholder the Kazakhstani oil and gas company NC KazMunayGas JSC and Chinese company China Energy Company Limited (CEFC).

According to the General Director of KMGI Group Zhanat Tussupbekov, “completion of the deal will provide a solid basis for cooperation between KMG and CEFC, which will contribute to further expansion of KMGI’s activity in Eastern and Western Europe, as well as other regions of the world.  Established joint venture will be able capitalize on the advantages of the energy potential of Kazakhstan and financial resources of China to expand its activities across all the territory of the global Belt and Road Initiative. The Initiative represents an exceptional opportunity for expansion of KMGI’s activity on the territory of the Republic of Kazakhstan, which, in turn, will ensure the implementation of the Government programs on investment attraction to our country.   Special attention will be given to the projects in Romania, as the country where the main assets of KMGI are located. In general, it is worth noting that such global project will have socio-economic multiplicative effect for all participating countries: Kazakhstan, Romania and China.”

Thus, a further step along the Silk Road is made, by virtue of which KMGI Group becomes a platform for strategic partnership between Kazakhstan and China in the field of energy in Europe. For the first time the grand idea of the joint implementation of The Silk Road Economic Belt Initiative was put forward by the President of the People's Republic of China Xi Jinping in September of 2013, during a State visit to Kazakhstan, where he gave a speech in the Nazarbayev University in Astana.  Six month later, the President of Kazakhstan Nursultan Nazarbayev announced the implementation of the new domestic economic stimulus plan Nurly Zhol (which means the Bright Path).   These two global project will be integrated with each other, which, undoubtedly, will give its synergistic effect. In December of 2014 negotiations where held in Astana at the level of Prime Ministers, where the package of investment agreements was signed, totaling 14 billion US dollars, involving the implementation of joint projects in the areas of energy, oil and gas, industry, transport and agriculture.

One of such project was the joint work on the platform of KMGI Group.In December of 2016, an agreement was signed between KMG and CEFC on acquisition by latter of 51% stake in KMGI Group, which owns and carries out refining operations, trading and sale of the petroleum products through its own network of Rompetrol gasoline stations in Romania, Bulgaria, Moldova, Georgia, as well as through its partners in the Black Sea region.

As stated by the representative of the Board of Directors of CEFC Du Liefen, "we are one of the companies which actively promotes the Belt and Road Initiative.In furtherance of this Initiative we have already purchased various oil assets in the Middle East, Central Asia and Africa.Our next step was to acquire assets in Europe and we have chosen KMG International.Advantage of this company is the experience of effective management and abundant resources of a shareholder from Kazakhstan.A rational chain of raw materials supply to their own plants and of the fuel to the well developed network of gas station in several European countries is established in KMG International.  For us it was also important that KMG International abides the international standards of asset management, there is a great management team in the company.  Through all this, the company achieves good performance."

The share of KMG and CEFC in the capital of a new joint partnership, where KMGI is the core, will amount to 49% and 51% respectively.  In the framework of obtaining necessary approvals for the completion of this deal, CEFC directed a number of inquiries to the competent authorities of Romania and obtained the consent of the High Council of National Security and Anti-monopoly Committee of Romania for making the deal on purchase of a controlling stake of KMG International Group.  Approval received from the competent authorities of Romania are an important step in the process of completing the transaction. Upon completion of the remaining legal formalities, it is expected that the deal will be closed in the fall of this year.

The partnership will improve the operational and financial results of KMGI Group in a subsequent period and expand the activities and operations carried out by KMG and CEFC internationally.

In accordance with the agreement, the Chinese company undertakes a number of commitments, including investing in the development of new projects in Romania, the European Union and the countries of the New Silk Road from China to Europe. At the same time, KMG will continue to supply oil in volume up to 10 million tons per year to KMGI subsidiary, to support and expand its core operations in Europe.

KMG International operates at 12 major markets of the world, now Chinese partner is planning to invest about 3 billion USD in joint business in the next 5 years.  Shareholders intend to increase the refinery’s capacity to 10 million tons a year, build up to 200 new gasoline stations, develop commercial services, as well as to build a CHP plant on site of Petromidia Refinery.

It is important that after the completion of all legal procedures, business management in Romania will be carried out by China Energy Company Limited and KMG International on a parity basis.  This means that all the key decisions concerning the strategic development, finance and personnel, partners will address jointly. As expected, the joint venture will create more than 3 thousand new jobs, including residents of Kazakhstan.

"KMG International is very solid foothold for KMG to develop its business in Europe. Assets of KMG International include oil refinery, developed retail network and logistic chain, which creates a link between Central Asia and Europe. We share the ideas with KMG that inspired the National Company of Kazakhstan to purchase an asset in Romania, this is one of the reason why CEFC chose KMG International, - said representative of Chinese shareholder Du Liefen.

KMG International year after year demonstrates the growth of financial and operating indicators. Based on the results of 2016, according to the audited financial statements, EBITDA of KMG International reached 203.6 million dollars, and net profit of 14 million. Cash flows from operating activities amounted to the sum of 197 million dollars, which is 297 million higher than in 2012.

It is expected that after the inflow of huge investment from the East, KMGI Group will seriously expand its presence in the market of petroleum products in the Black Sea region. 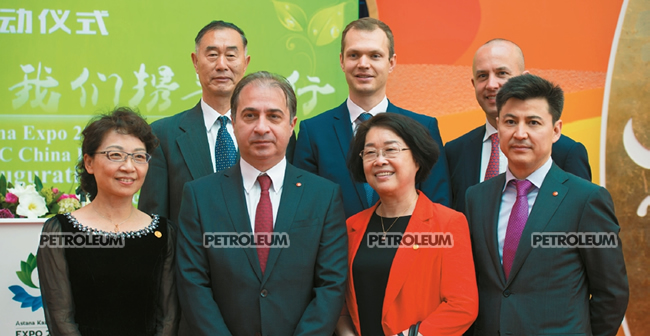 Du Liefen (in the middle) at the presentation of CEFC in Astana. On the last photo next to Du Liefen in the middle is Senior KMGI Vice-President Catalin Dumitru