TCO Future Growth Project - Wellhead Pressure Management Project is the next expansion of the Tengiz oilfield. This is a project of national significance which will make great contribution to the economy of Kazakhstan. 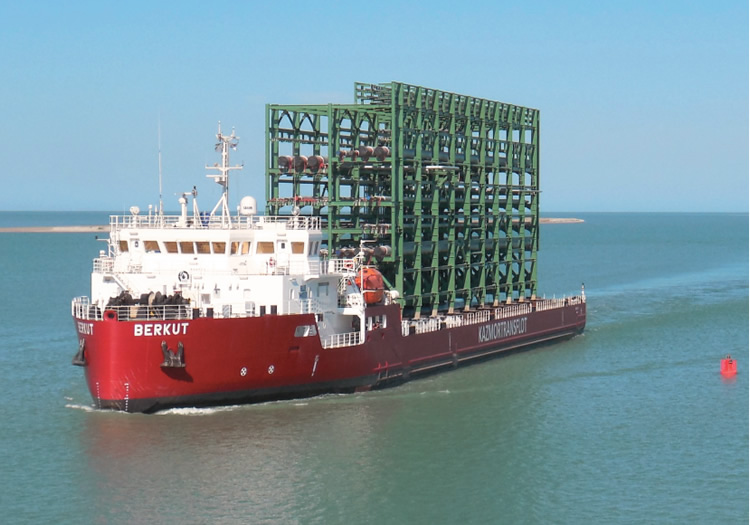 In 2016 Tengizchevroil Partners announced approval for the Final Investment Decision of FGP-WPMP which became another demonstration of their commitment to further support sustainable growth of TCO production. Kazakhstani Content is an integral part of FGP-WPMP. The Project provides long-term opportunities for local suppliers of goods and services,

Starting 2013 TCO has hosted a number of forums for construction companies and suppliers to provide a platform for interaction and development of potential partnership relations between local and international companies and to share more detailed Project information.

Kazakhstan, which makes 92% of the total Project personnel in country. FGP-WPMP is a global Project with global impact.

The execution centres are situated in 19 different locations in 11 countries. Project design engineering is being executed in Farnborough, Atyrau, Almaty, New Delhi and Houston.

FGP-WPMP facilities will be built of modules that are fabricated in Kazakhstan, South Korea and Italy. Fabricated modules will be shipped from international fabrication sites to transshipment bases from where they will be further transported through the Russian Inland Waterway System into the Caspian Sea for final delivery to the Cargo Offloading Facility (CaTRo) in Prorva peninsula near the Tengiz oilfield.

From the international fabrication yards, the modules will be shipped to the Transhipment Bases on the Black/ Baltic Sea by chartered heavy vessels. A total of 20 vessels for transportation of modules and pre-assembled racks are under construction in Vietnam and Romania. Also, the tugs specially built for this purpose will be used for transportation of the modules across

Pre-assembled pipe-racks (PARs) are under erection at ERSAI’s fabrication yard in Kazakhstan. The first PAR was successfully loaded-out at ERSAI, loaded-in at CaTRo and delivered to 3GP. Fabrication and supply of Frame 9 Gas Turbine Generator (GTG) modules continues in Avenza, Italy.

The first GTG was successfully loaded out in June. The first pre-assembled units were safely loaded out onto the ocean-going vessel and left DSME’s Yard in South Korea bound for Tengiz. This was the first load out carried out from South Korea.

Infrastructure construction and site execution works are well underway in Tengiz. Significant expansion and modification of the existing gathering system in Tengiz will deliver new production and gas injection multi-well-pads with dedicated metering stations and pipelines. The power distribution infrastructure will link the new and existing power generation facilities and will include substations, overhead lines and switchgear.

Associated sour gas will be injected back into the reservoir to enhance oil recovery so FGP will not produce sulphur. Third Generation Gas Injection facility (3GI) will include Injection Compressor Islands, associated Utilities and pipe racks. At 3GP the first getting-out-of-ground milestone “Red Route” was completed in June.

The Red Route enables the transportation of the pre-assembled pipe-racks to be placed on their designated foundations in 2018. The Red Route completion is a culmination of many preceding activities, including: temporary facilities, site preparation, piling, underground piping and deep sump installations. At 3GI concrete pours progressing, underground piping installation and in-situ foundations continue.

FGP-WPMP is a landmark project that will create a legacy of trained skilled workforce, new facilities, technology transfer and upgraded infrastructure.