The Memorandum of Understanding signed on May 17 between the national company KazMunayGas and British Petroleum (BP) demonstrates not only the interest of one of the leaders of the world oil production in cooperation with KMG in the field of exploration, development, and production but also marks a new stage in the development of the oil and gas industry of the country and its national company. 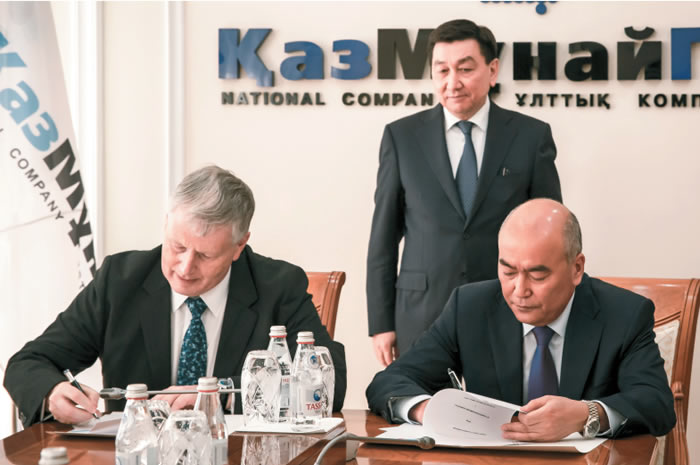 The decline in world prices for hydrocarbons, which happened a few years ago, the high fiscal burden on subsoil users led to the fact that many exploration projects for oil and gas, especially on the shelf of the Caspian Sea, have become simply unprofitable in Kazakhstan. Some investors in such conditions preferred to withdraw from investment projects or to reduce their presence to a minimum, or even leaving the country. Among them are the grants of world business, whose departure had a negative impact on the investment image of the country.

In 2013, ConocoPhillips left Kazakhstan's offshore projects, including Kashagan, selling 8.4% of participation in the North Caspian Project and 75.5% of subsoil use rights in the H Project and the same share of participation in N Operating Company LLP to KazMunayGas. "This is a significant step for ConocoPhillips. After separating the refining business into a separate company in May of 2012, we were able to achieve significant success in increasing the benefits to our shareholders through the sale of non-core assets," commented Don Wallette, Executive Vice President of Business Development and Commercial Planning. It was announced that the funds received by ConocoPhillips from the sale of the stake in Kashagan would be used for investments in other parts of the world.

Following ConocoPhillips, the Norwegian Statoil announced its withdrawal from Kazakhstan. At one time, KMG had high expectations on cooperation with it. In the late 1990s, using the Norwegian model, then head of KazakhOil, Nurlan Balgimbayev sought to build a Kazakhstani national company. And the experience of the Norwegian Pension (oil) Fund was carefully studied when creating the Kazakhstan National Fund.

However, in 2001, almost immediately after the announcement of the commercial discovery at Kashagan, Statoil sold 4.76% of its stake in the North Caspian Consortium, not allowing it to influence the development strategy of the field. At the same time, in the early 2000s, Statoil prepared a package of proposals for joint work in several other oil and gas projects for KazMunayGas, the key of which was the exploration of the Abay block in the Kazakhstan sector of the Caspian Sea. In early 2007, the company sent a final proposal for Abay to KMG and an invitation to the final negotiations and conclusion of the contract. After nearly seven years of fruitless attempts to hold such negotiations, Statoil announced its withdrawal from Kazakhstan and the closure of its office in Astana.

On a side note, as the sources of Petroleum Journal in the oil and gas circles say, KazMunayGas conducts, and quite successfully, negotiations on the return of Equinor (that is how Statoil is called now) to Kazakhstan. 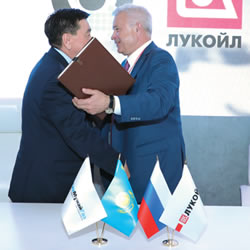 Signing agreement with LUKOIL
To read the full article, please log in
Authorization
or register.