On September 26, the 10th national conference of Extractive Industries Transparency Initiative (EITI) was held in Nur-Sultan as part of Kazakhstan Energy Week-2019.

Why there is a need for transparency? 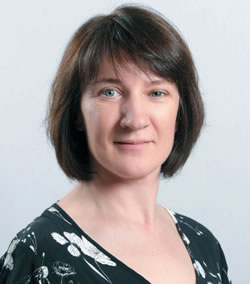 The EITI program was initiated by former British Prime Minister Tony Blair in 2002 at the Johannesburg Sustainable Development Summit. The EITI is a global standard designed to promote transparency and accountability in countries with abundant reserves of oil, gas and other raw materials. The aim of the EITI is to ensure transparency in the management of the country's natural resources and the disclosure of government revenues from the extractive sector. The mechanism of operation of the standard is that the producing companies publish information on payments, the government publishes the number of revenues. The data are compared on an annual basis in the National EITI report and accompanied by an international peer review. The process is overseen by the National Stakeholder Council (NSC). All NSC decisions are made by consensus.

Implementation of the EITI in Kazakhstan has been carried out since 2005, since the announcement of the relevant statement by the first President Nursultan Nazarbayev. In fact, Kazakhstan became the 19th country in the world to join the EITI."Almost a year-long campaign by non-governmental organizations preceded Kazakhstan's accession," – says Maria Lobacheva, moderator of the EITI NGOs dialogue platform. – In 2004, NGOs joined the  Oil Revenues - Under the Control of Society! Coalition, we wrote letters to parliamentarians, convincing them of the need for Kazakhstan to join the initiative. The campaign worked. Why did Kazakhstan join? Most likely, there was a set of reasons. Of course, we, as a civil society, aimed primarily at eradicating corruption. As for the government, most likely, it was a desire to improve the image in the eyes of the international community, emphasizing the country's desire for transparency.

In addition, it was the intention to attract investment – investors appreciate when a country sets the same rules for all market participants."

Kazakhstan has set itself the task to implement the so-called data mainstreaming, that is, to integrate EITI reporting into existing government reporting systems, so that the disclosed data are accessible and relevant. At the 2019 conference, attention was paid to the EITI requirement to disclose the ultimate owners of companies – three years Kazakhstan was preparing for the disclosure of this data, an interdepartmental working group was established, changes were made to the legislation so that from next year this information was disclosed.

Initially, the essence of the EITI was to disclose payments of subsoil users to the country by both parties – both payers and recipients and to conduct an independent reconciliation of these payments. Now, in addition, the initiative requires much more information to be disclosed. For example, state revenues from the transportation of minerals, dividends from companies in which the state has a share of ownership, information on the volume of exports, the rules and results of the distribution of licenses, barter transactions, income in kind, social and quasi-fiscal expenditures, the contribution of the extractive sector to the state economy. All requirements are listed in the EITI Standard, which has eight sections describing the requirements.

Since 2015, the EITI reports have included a reporting form for social development and local infrastructure expenditures, with the exception of funds listed on Budgetary Classification Code 206114. On a side note, the appearance of the payment code 206114 on "Contributions of subsoil users to the socio-economic development of the region and the development of its infrastructure" was the result of EITI work, when NGOs drew the attention of government representatives that serious sums go not to the budget, but to extra-budgetary funds, non-transparent and unaccountable.