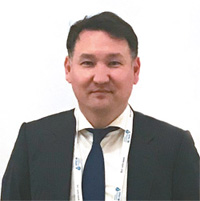 Kazakhstan is a raw material country. Many of the countrie's achievements are associated with the successful fourteen years (2000-2014). When for Kazakhstan the times of favorable foreign economic conditions coincided with relatively moderate competition among world actors, the consensus of the majority of countries was formed – economic cooperation and development.
It was at this time that the country was developing economically. The source of this development is energy. With the aid of Kazakhstan's contribution to global and regional energy security, the inflow of huge foreign currency earnings was ensured, creating a surplus of the national budget. This formula worked until 2015. Of course, even now, at the end of 2019, 4% GDP growth looks better than the economic indicators of the Russian Federation but still less than the economic indicator of Uzbekistan – 6%.
Many of our development strategies were written before 2015, and today government agencies are guided by documents from the times of economic prosperity. However, modern challenges, international uncertainty caused by the incapacity of international organizations (WTO, UN), make their own amendments to the existing reality. Longer external factors are not taken into account, the more expensive and time-consuming it will be to get out of these crises.
Exaggerated ideas about the economic power of times of rapid development, the glory of a regional leader, a simplified vision of problems – all of this obscures the minds, forcing the one who should save energy and be careful at long distances, to rush forward, as if his power and influence are unlimited. The absence of an energy foreign policy and the personal ambitions of people who make decisions in the energy sector can bring the tension of a weak or even growing economy to the limit, causing its rapid destruction, especially in developing countries that are highly dependent on energy prices. What is the economic reality of Kazakhstan and what foreign policy should Kazakhstan create in connection with this reality?
The good news is that there is an abundant supply of resources. First of all, hydrocarbons. There is still a lot to explore, discover, and calculate the economy. The government needs to explain that the possession of resources itself does not automatically make everyone rich. Exploration, drilling, and delivery to the world and Asian energy markets require enormous pressure and huge financial investments. It is counterproductive to operate with a calculative approach of unearthed resources, to slide into outright populism. There are many examples of this phenomenon in the world.
The rich availability of resources allows hoping to achieve the full energy security of the country in the future. A pragmatic energy policy will serve as a tool. Question: will Kazakhstan continue to contribute to global and regional energy security, or will it resolve issues of its own energy security? In the first case, there may be an increase in budget revenues, the priority of one's own energy security may be considered in the distant future, as a result, a slide to social destabilization in the future. In the second case, the social architecture of the country is completely improved: the appearance of natural, liquefied hydrocarbon gas and the production of its own winter Arctic diesel fuel in the consumption balance changes a lot, and the level of protest potential of the population observed recently is decreasing.
To read the full article, please log in
Authorization
or register.