A Good Year for the Oil and Gas Industry

The tear twenty nineteen was a successful year for the development of the fuel and energy complex of Kazakhstan – record oil production figures were achieved, the needs of the domestic market for gasoline and diesel fuel were completely covered by production of products at domestic refineries, the export of gasoline was launched for the first time in history, 23 renewable energy facilities were commissioned.
According to the FinReview portal, the total volume of oil reserves in Kazakhstan is about 30 bln barrels or 1.7% of the world's reserves. According to this indicator, the country is in the 12th position in the world, behind the countries of the Middle East, Latin America, as well as Russia and the United States. 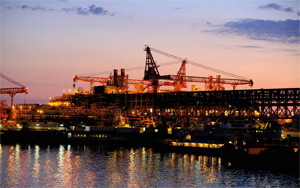 Recoverable gas reserves in the Republic amount to 3.9 tln cubic meters, which also corresponds to 1.7% of the world's reserves. A significant part of natural gas resources is concentrated in Atyrau (43%), Mangystau (29%) and West Kazakhstan (19%) regions.
As of January 1, 2020, the Ministry of Energy has registered 260 subsoil use contracts, including 235 contracts for hydrocarbon raw materials. Out of the total number of these contracts, 54 are for exploration, 74 are for production, 96 are for combined exploration and production, and 11 are production sharing agreements. Twenty-five contracts were signed for the exploration and production of uranium.
In 2019, 19 new subsoil use contracts were signed, the total amount of the subscription bonus was 3.6 bln tenge and 10 mln US dollars. The volume of investments in geological exploration in the country as a whole amounted to 158.4 bln tenge.
Oil production
In 2019, despite major repairs at all major projects (Tengiz, Karachaganak, Kashagan), the volume of oil production reached a record level in the history of independent Republic of Kazakhstan and amounted to 90.5 mln tons (with a plan of 89 mln tons), and in monetary terms – 12.3 tln tenge. The largest volume was provided by the fields of Atyrau (49.4 mln tons), Mangystau (17.9 mln tons) and West Kazakhstan (11.7 mln tons) regions.
Crude oil exports amounted to 72.2 mln tons (the planned figures were exceeded by 2.4%). 17.12 mln tons were sent for refining, with a plan of 17 mln tons.
The Ministry of Energy has developed a long-term forecast of oil production in the country. According to it, the planned figure for 2020 is 90 mln tons. In 2023, after the completion of the Tengiz Future Growth Project - Wellhead Pressure Management Project, production will increase to 100 mln tons of oil. Production growth is envisaged at the Kashagan offshore field: from 370,000 barrels per day in the 4th quarter of 2019 to 400,000 barrels in 2021, and up to 450,000 barrels per day starting in 2026, after the commissioning of a new gas injection compressor at Kashagan. Thus, by 2030, the volume of oil production in the country will reach 105 mln tons per year.
The main production volumes in 2019 were provided, as expected, by three mega-projects. Tengizchevroil JV produced 29.8 mln tons of oil and 16.3 bln cubic meters of gas at the Tengiz and Korolevskoye fields. The volume of capital investments amounted to 9.8 bln US dollars. According to the Kazakhstan Ministry of Energy, most of the investment went to the implementation of the FGP-WPMP project. During the year, drilling of 40 production wells was completed and the 1st stage of the high-pressure oil gathering system was put into operation.
The North Caspian Consortium produced 14.1 mln tons of oil and 8.5 bln cubic meters of gas at the Kashagan field in 2019. The investment amounted to 1.8 bln US dollars.
The expansion project of the first stage of Kashagan provides for:
The Karachaganak project is at 2ME stage of field development, aimed at maintaining the achieved level of hydrocarbon production: in 2019, according to the Ministry of Energy, 11.3 mln tons of oil and 18.6 bln cubic meters of gas were produced here. The volume of investments amounted to 1.5 bln US dollars.
In order to maintain the level of production of liquid hydrocarbons at the level of 11-12 mln tons per year, a number of projects aimed at increasing the capacity for gas processing and utilization are envisaged (the removal of production restrictions on gas at the Karachaganak processing complex, the 5th in-field pipeline, launched in December 2019, and the commissioning of three injection wells and the 4th gas re-injection compressor). Also, drilling programs, well repairs, and special underground operations on the existing well stock in order to increase production are implemented in the field.
At the same time, KazMunayGas and investors will urgently need to implement new ways to intensify production and intensify exploration in the Kyzylorda and Aktobe regions, where oil production has fallen by 12.7% and 2.3%, respectively, compared to 2018, since almost all fields there have passed the peak of production.
To read the full article, please log in
Authorization
or register.