CPC – the Responsibility of the Business in all its Aspects

The Caspian Pipeline Consortium (CPC) is the largest oil transportation project involving Kazakhstan, Russia, and the world’s leading oil-producing companies. CPC successfully implements the main tasks, overcomes difficulties, improves its team and implements the most important social projects.
The main principles of CPC work are based on a systematic approach to the process of identifying, assessing, and controlling risks.
Evaluating the results of last year, CPC worked flawlessly: there was not a single oil spill, all the objects of the system from 15 pump-to-pump pumping stations from Tengiz to the Tank farm and the CPC Marine Terminal operate reliably and smoothly at the highest global level. 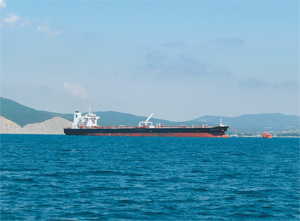 The largest volumes of oil in the CPC pipeline system in 2019 came from the Tengiz, Karachaganak and Kashagan fields – about 30 mln tons, over 10 mln tons and 14.1 mln tons of oil, respectively.
After the completion of the Expansion Project, the Tengiz-Novorossiysk oil pipeline became one of the largest in the world in terms of transportation volumes. The implementation of this large-scale project in 2011-2017 allowed to create a reserve of capacity in advance to meet the growing demands of shippers. Today, a major project to expand the production capacity of the Tengiz field is implemented in Kazakhstan. As a result of this reconstruction, further significant growth in the volume of oil transported via the Tengiz - Novorossiysk pipeline is expected.
The capacity of the system will allow for the transportation of oil from the territory of Kazakhstan in the amount of up to 72.5 mln tons. The package of documents for the final investment decision sets the deadline for completing the Debottlenecking Project (DBNP) – until December 2023. The investment costs for the period 2019-2023 will amount to 599.9 mln US dollars, of which CPCK will account for 156.4 mln dollars and 443.5 million dollars for CPC-R.
In 2019, the Consortium’s staff and contractors worked about 13 million hours without reported injuries or accidents. CPC transport units also demonstrated a high level of safety – they passed the milestone of about 53 mln m without registered accidents. CPC indicators in the field of health, safety, and environment correspond to the level of the top 25 companies of the International Association of Oil & Gas Producers (IOGP). The Caspian pipeline consortium received the Grand Prix of the All-Russian competition Health and Safety-2018 for its modern approach and outstanding achievements in ensuring safe working conditions.
The company has the right to be proud not only of its production indicators but also of its social and environmental projects. Since 2016, CPCK JSC has sponsored a project to save and increase the saiga population. The company allocated more than 70 mln tenge for this purpose. Photo exhibitions were held in the shopping centers of Nur-Sultan and Atyrau in 2019 for the purpose of environmental education. 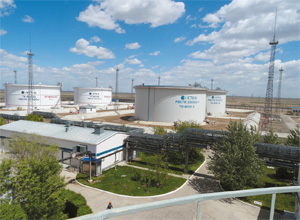 According to Kairgeldy Kabyldin, Deputy General Director for the Republic of Kazakhstan Government Relations of CPC-K JSC, the company also provides social support to children from poor families, orphans, as well as children with special needs living in the territories where the company’s main oil pipeline runs. In 2018, CPC-K JSC commissioned a kindergarten in the Samal microdistrict of Atyrau. In 2019, CPC-K JSC launched the CPC for Talented Children Program initiated in Russia («Zhas Tolkyn» young talent contest»). As part of the project, about 200 gifted children came to Atyrau to study with the best teachers. The Grand Prix winners took part in the final of the competition in Moscow and won prizes.
In the Eastern region of CPC, an intra-corporate volunteer movement is developing from year to year. As a socially responsible company, the Consortium works in various charitable areas, tuning its employees to the appropriate wave.
Gaining the pace, CPC continues to work in 2020, demonstrating high figures in both industrial and economic activities, and the field of health, safety, and environmental protection. In the first two months of 2020, the CPC team, including representatives of contractors, worked more than 2.2 million hours without injuries or accidents. The mileage of the vehicles without traffic accidents accounted for nearly 4.2 mln km.
The volume of oil shipments for the first two months of 2020 amounted to 10.8 mln tons, which is almost 0.3 mln tons higher than the same period last year. From January 1, 2020, to February 29, 2020, 102 tankers were processed, which is three more oil tankers than in January-February 2019. According to the forecast, CPC will allocate $1 bln in 2020 to meet its debt obligations to shareholders. This will allow to completely liquidate the debt in the fourth quarter.