Honesty, respect and duty - the pillars I was raised on 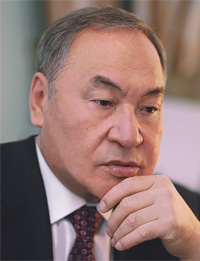 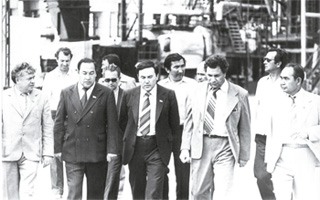 In 2017, the International Specialized "Future Energy" EXPO Exhibition was held in Astana with great success. In addition to the effect of the demonstration of the newest "green" technologies, the latest achievements of science and technology in the field of safe and resource-saving energy to the young generation of Kazakhstanis and many investment agreements, this exhibition left a powerful infrastructure that will be actively used in the future.
Located in the EXPO exhibition area the Astana International Financial Center, created at the initiative of the Head of the State, has launched its operations since July, 2018. The AIFC will operate under English law. The center is intended to become a financial gateway, a center of investment capital attraction.
Our state has established itself as a full member of the international community, pursuing an invariably peaceful and constructive policy of friendship, good-neighborliness and mutually beneficial cooperation.
Even before independence, the President of the Kazakh SSR, Nursultan Nazarbayev, closed the world's largest nuclear weapons test site in the Semipalatinsk region by his Decree. Later, as a sovereign state, Kazakhstan abandoned its nuclear arsenal, the fourth most powerful in the world. These steps served to strengthen confidence on the part of the world community, including the leading powers, and ensured a friendly, constructive attitude towards the country.
The achievements of our country over all these years can make up a very long list! One interview will not be enough!
- This summer, the "Munayshy" Public Foundation named after Nasibkali Marabayev has published a book about your life written by Meirzhan Kurmanov - "First Minister of Oil. Ravil Cherdabayev”. Tell us more about it.
- Well, it came as a surprise to me, and a pleasant one, I must admit. As far as I know, the "Munayshy" Foundation is the only charitable public organization in our country created within a particular industry. The purpose of the fund is not only to take care of the veterans of the oil sector, but also to deeply research and fill in the blank spots in the history of our petroleum industry.
In 2005, the fund republished the supplemented, revised "Oil Encyclopedia of Kazakhstan" in 2 volumes in Kazakh, Russian and English. Since 2006, a great number of biography books about the lives of eminent oilmen of the country have been issued within the Fund’s "Kazakhstani Oil Veterans" and "The Victory" series. To date, more than a hundred books have already been published about veterans.
As for Meirzhan Kurmanov, the author of a book about me, I met him more than 10 years ago. He then worked as a translator for my brother Boris Cherdabayev, founder and chairman of the "Aldongar" Public Foundation for Cultural Development. Meirzhan is a philologist by education. During our first conversation he revealed himself as a person with good analytical skills, attention to detail. At that time I was finishing work on the book “Oil. Yesterday, today, tomorrow” and invited him to be the editor of this publication. Subsequently, he edited my other books. I am sincerely grateful to Meirzhan for his work.
I would also like to express my gratitude to Rakhman Isaev, Executive Director of the “Munaishy” Public Foundation named after Nasibkali Marabaev, for publishing a book about me.
- In recent years you have published several books about oil, a popular science publication about the Caspian Sea. Needless to say, one can study almost the entire history of oil in Kazakhstan just by your biography published this year. All this deservedly made you the chronicler of Kazakhstani oil production. Can you share how you manage to remain such a productive author for so many years? Where do you get the strength and inspiration to create?
- Firstly, while working in the civil service, in addition to current industry, economic, political tasks, I always wanted to do some additional scientific and analytical job. Any free hour I devoted to collecting, accumulating and systematizing various kinds of information, whether it was historical information or economic data and analytical articles on oil market. Over time, this became more than a hobby, and by a certain moment so much data had accumulated that it naturally began to pour out into a kind of integral "statement" in the form of a book. Then another book came out, followed by another one. With my retirement, this became possible in terms of free time, which I can now, with a clear conscience, completely devote to my favorite pastime. 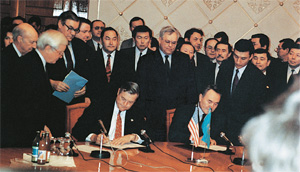 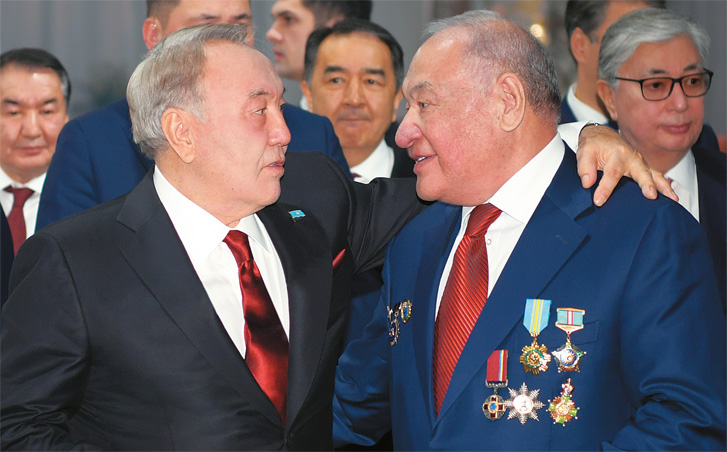 - Leafing through the pages of newspapers and magazines, I often come across your articles and essays about Kazakhstani oil workers. Tell us about this part of your activity.
- Since time immemorial, humanity has been telling stories sitting around the fire. From generation to generation they were passed from one person to another. In fact, it was storytelling - that is, the transfer of information, knowledge and experience - that made us who we are. My whole life is communication with people. I've always loved listening to stories. At a certain moment, you are filled with these wonderful stories of people like an overflowing vessel, and you want to share them with others.
In particular, I write about people – petroleum industry colleagues, friends – but, above all, about great professionals whom I have been honored to know personally and have been working together for many years, side by side. All of them made a significant contribution to the development of the oil industry, geological science and the economy of Kazakhstan. The story of their lives is also an important part of the Kazakhstani oil development history, and we must cherish it. By the way, I am now working on a book-collection of all my articles and essays about prominent Kazakhstani oil workers.
- You’ve turned eighty this year. You have gone through many challenges of the 20th century: difficult post-war childhood, "Cold War", "Perestroika" and the collapse of the USSR, all economic crises. As we all see, the 21st century has put humanity before another global threat - the coronavirus pandemic. What life principles have helped you through all these tough times?
- I was born on the eve of the Great Patriotic War. I spent my early childhood during the war years, formed as a person in the post-war years. In such difficult times, society and the family, as a unit of society, unite even stronger around the true family values: honesty, respect, duty, mutual support, mercy, care and attention to each other. In our family, these were not just loud words. They were the pillars on which the upbringing of children was based. We, children, absorbed these concepts and what stands behind each of them from every word and glance of the father, mother, father's brothers, from every mistake and misconduct.
At school, in addition to the family, we were educated in the spirit of patriotism, love for the homeland and discipline. During the Komsomol years, these values were entrenched in deeper concepts of duty and service to their country. And further in my career, no matter what positions I had to occupy, and wherever I had to fulfill my national duty, I tried to follow the same simple life principles - be honest with myself and people who trust you, take care of those who are weaker, try to live every day meaningfully, bringing benefits to my society and my state, be a better person today than I was yesterday. The most important things in life are really simple. And these principles have been and will remain unchanged at all times and under any political system.
- Thank you for your frank and meaningful interview and wish you many more years of life!
Oleg Chervinsky