Kashagan – the First Offshore Project of the Independent Kazakhstan 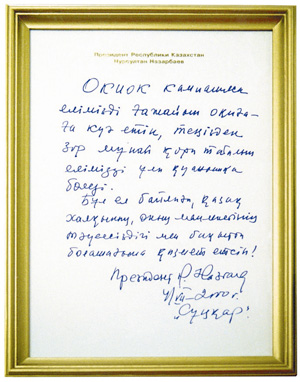 In September 2021, North Caspian Operating Company N.V. (NCOC), the Operator of the North Caspian Project informed about achievement of a production milestone of 500 million barrels of oil from the start of production at Kashagan field.
This indicator is the result of the progressive growth of the North Caspian Project, making a significant contribution to the socio-economic development of the Republic of Kazakhstan. Congratulating the workforce with the important event in the Company’s history, Mr. Olivier Lazare, NCOC’s Managing Director, noted that: “The achievement of today’s high result has become possible owing to professionalism of the entire NCOC workforce, our contractors and their employees who are primarily guided by safety, health, environmental criteria. Also, the support provided to the Project by shareholders, the Authority, republican and oblast authorities has been of great significance.”
In October, the next historical milestone in the Company’s activities has been passed – 5 years after the oil export start. On 14 October 2016, Bolashak Onshore Processing Facilities shipped the first batch of Kashagan crude oil with the volume of 137 thousand tons for the export via CPC (Caspian Pipeline Consortium) oil pipeline. To date, the export volume has topped 60 million tons and continues stable and reliable growth.
Tremendous amount of work of thousands of people is behind these achievements, with each of them contributing to the collective success of this ambitious, yet absolutely new project for the country.
Project history
The North Caspian Project is the first major project for development of offshore oil and gas fields in Kazakhstan. The Project is implemented as part of the Production Sharing Agreement in respect of the North Caspian Sea (NCSPSA) signed in 1997 between the Republic of Kazakhstan and the international consortium of major petroleum companies. On 18 November 1997 in Washington, the Republic of Kazakhstan and the consortium composed of the major international petroleum companies agreed the legal basis that allowed to start implementation of the biggest project in the history of the young independent country with involvement of foreign direct investments.
NCSPSA was developed on the basis of agreement dated December 1993 regarding the biggest two-dimensional (2D) seismic survey in the petroleum industry in the north-eastern part of the Caspian Sea. The North Caspian Project includes three fields: Kashagan, Kairan, and Aktote. Kashagan is the largest oil field in the world with the recoverable reserves of around 9-13 billion barrels (1-2 billion tons) of oil.
Currently, the consortium is composed of seven major energy companies: KazMunayGas (16.88%), ENI(16.81%), Shell (16.81%), ExxonMobil (16.81%), Total Energies (16.81%), CNPC (8,33%) and Inpex (7.56%). Growing production and export
Currently, Kashagan field is operated under Phase 1. The eventual development phases are at planning stage.
Commercial oil production at the field started in November 2016. By mid 2017, production rate exceeded 200,000 barrels per day. Following the successful offshore and onshore Turnaround campaign in the spring of 2019, production level reached 380 kbopd. The current production level is around 400 kbopd.
As of 30 October 2021, 64.8 mln tons of oil, 16.6 bln cbm of gas, 4.6 mln tons of sulphur have been shipped from Kashagan field to the international markets.
Economic benefit for Kazakhstan
Being one of the biggest in-country projects implemented with involvement of foreign direct investments, the North Caspian Project has a significant influence on the economy through creation of jobs for Kazakhstan’s specialists and provision of business opportunities not only for the local service companies, but also for goods supplier and contractors performing works. The Company’s activities provide significant opportunities for sustainable development of Kazakhstan’s economy.
Kashagan field development heralded the start of the offshore oil fields development in Kazakhstan. As of the date of the decision on implementation of this technically complex project in the Caspian Sea offshore, Kazakhstan did not have any support bases with infrastructure and construction equipment nor drilling rigs to carry out the Project. A significant amount of investments in the local supplier, specialists and infrastructure development allowed to create and support development of a number of enterprises in Kazakhstan. NCOC has paid over USD 15 billion for the local goods and services over a period of 2004-2020.
In 2020, the Company achieved high performance targets on the local content – 55% of all goods, works, services procured by the Company have been received from Kazakhstan. In monetary terms, this amounts to USD 509 mln, which is significantly higher than the Company’s obligations undertaken as part of the agreement with the Government. 90% of the contracts in the budget equivalent concluded in 2020 were aimed at the local companies. 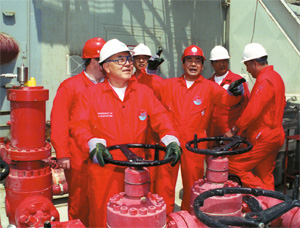 The North Caspian Project has been for many years holding one of the leading positions in the region in terms of technical training and national personnel development. Hundreds of Kazakhstan’s enterprises took part in the Local Vendor Improvement Program carried out with support from NCOC. Local companies were awarded the ISO international standard certificates, also, thousands of employees of the companies have been trained and received qualification in hard skills. Starting from 1998, 20,000 nationals of Kazakhstan have been trained as NCOC staff or local contractor company employees, who are assisted by the consortium.
For more than two decades the North Caspian Project Operator invested over USD 291 mln. in the development and vocational training of Kazakhstan’s specialists, which have had a positive effect on the growth of the local personnel potential.
Also, NCOC makes a strong contribution to the resolution of the socio-economic objectives of Kazakhstan. Starting from 1998, the Company has been carrying out wide-ranging activities in the social sphere. This work is performed under two programs: Social and Infrastructure Projects and Sponsorship and Donations Program.
The budget of USD 1.5 mln. is annually allocated for sponsorship and donations, which is split in equal share between Atyrau and Mangistau oblasts. Sponsorship and Donations Program is implemented in five main areas of the local community support: healthcare, education, sports, culture and charity. For the period from 1998, the total amount of investments in the sponsorship and donations projects was USD 23.7 mln.
As part of the NCSPSA, NCOC finances implementation of the infrastructure and social projects on an annual basis. The funds intended for construction of schools, kindergartens, hospitals, sports facilities, as well as utility systems, such as roads, power lines and water mains, and other infrastructure facilities for the local community, are equally distributed between Atyrau and Mangistau oblasts, where the main activities of the North Caspian project are carried out. From 1998 to 2020, 222 infrastructure and social projects have been completed, with the cumulative investments reaching USD 774.5 mln.
The Company has done its part and pro-actively engaged in the fight against COVID-19 pandemic that the government and the people of Kazakhstan have been waging from early 2020. In early last year, NCOC purchased vital medical equipment to assist in the fight against COVID-19 for the medical institutions of the regions. Among other vital equipment, the Company provided medical institutions of Mangistau and Atyrau oblasts with ventilators, supplying 20 and 50 lung ventilators to these regions, respectively. In total, the Company allocated more than KZT 3 billion to provide direct assistance to the healthcare systems of Atyrau and Mangistau oblasts. Also, NCOC funded construction and complete fitting out of 2 modular-type infectious disease hospitals in the amount of more than KZT 8 billion in the cities of Atyrau and Aktau.
By a joint initiative of NCOC and other operators, intensive care physicians from Great Britain were invited to support the local healthcare system in the fight against COVID-19.
In addition to the healthcare system, NCOC provided support to educational institutions and donated 1,200 computers to children from the low-income families for online learning. 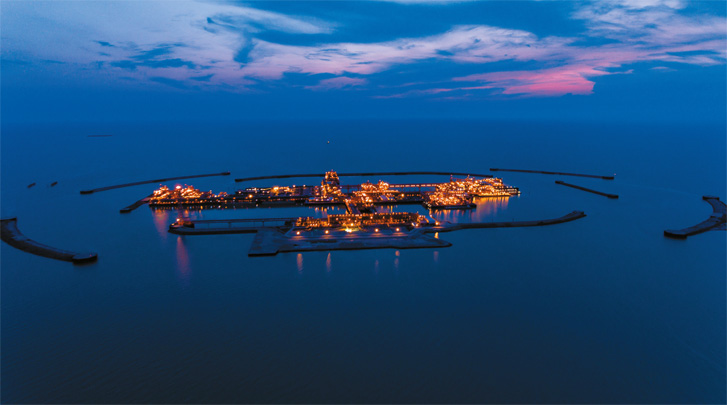