CNPC in Kazakhstan: an Example of Eternal Partnership 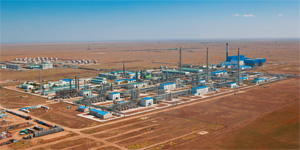 Any anniversary is the time to draw conclusions. Especially if it involves the anniversary of state independence. A striking example of friendly and good-neighborly relations over these 30 years has been the cooperation between Kazakhstan and China, speaking of which the leaders of both countries often use the epithets "mutually beneficial", "strategic", "reliable", "eternal".
China was one of the first to recognize Kazakhstan's independence and established diplomatic relations two weeks later. Over three decades, bilateral trade volume has increased 50 times, and, even despite a difficult 2020, it has grown by 5%, exceeding $15 billion.
On November 5, 2021, speaking at the opening ceremony of the IV China International Exhibition of Imported Goods, President of Kazakhstan Kassym-Jomart Tokayev stressed that mutually beneficial bilateral cooperation opens the way to joint development and prosperity on the vast Eurasian continent. The Head of State expressed confidence that trade and economic relations, which serve as a solid foundation for cooperation between the two countries, will also develop in the future.
- This year, our friendly nations have reached significant milestones in their history. It is the 30th anniversary of Kazakhstan's Independence and the 100th anniversary of the founding of the Communist Party of China. In January, we celebrate another significant event – the 30th anniversary of the establishment of diplomatic relations between Kazakhstan and China. Today I can say with confidence that our comprehensive and eternal strategic partnership has entered a new stage. Dynamically developing China will always be our primary and reliable partner in Asia," Kassym-Jomart Tokayev said.
Of course, the oil and gas industry has become one of the most important areas of bilateral strategic cooperation. In this industry, the largest partner of Kazakhstan from China is the China National Petroleum ¬Corporation (CNPC). It is an integrated international energy company engaged in exploration, production, refining, transportation, and oil and gas marketing. The corporation is one of the three leaders among the major oil companies in the world.
As a business partner of the National Company KazMunayGas, CNPC participates in such joint projects as CNPC-Aktobemunaigas, PetroKazakhstan Kumkol Resources, and PetroKazakhstan Oil Products (Shymkent refinery), Mangistaumunaigaz, Asian Gas Pipeline, Kazakhstan–China, and several others. The corporation also participates in the development of the Kashagan field as part of the North Caspian Operating Company consortium.
- The Chinese CNPC plays an active role in the Council of Foreign Investors under the President of Kazakhstan. It is an essential strategic partner in developing the oil and gas market," First President of Kazakhstan Nursultan Nazarbayev said at the opening of the Kazakhstan-Chinese business forum in September 2018.
China National Petroleum Corporation started its activity in Kazakhstan in 1997 as the main shareholder of CNPC-Aktobemunaigas JSC. By purchasing shares of the company, CNPC signed a contract for subsoil use with the Government of Kazakhstan, giving written commitments to invest at least $4 billion in the development of the Aktobe project over 20 years. However, in fact, the number of investments accumulated by 2021 exceeded $10.3 billion.
In total, over a quarter of a century, the corporation has invested more than $47 billion in the development of Kazakhstan's oil and gas sector. Companies with CNPC participation have paid about $50 billion in taxes to budgets of various levels. 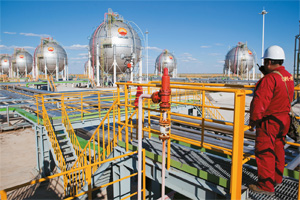 - In any business, it is always a pleasure to deal with a partner who, in addition, is your closest neighbor and with whom you have long-standing friendly relations. Of course, 30 years is a brief period for the country's history. Still, during this time, Kazakhstan has gone from a union republic to a sovereign, independent state, an equal member of the world community, - says President of CNPC Central Asia Bian Dezhi. - CNPC consistently implements the concept of a green economy, and environmental protection is one of the company's priorities. CNPC strictly complies with the environmental legislation of Kazakhstan and international treaties in the field of environmental protection and accelerates the development of environmentally friendly production and harmless industry, and invests significant funds in these processes. "Harmony of energy and nature" is the slogan of our corporation.
In the Aktobe region, before the arrival of CNPC, oil and gas were treated at the old plant, and most of the gas was flared, causing significant damage to the environment. CNPC has built three modern oil and gas processing plants in the region to remedy the situation, increasing the associated gas utilization coefficient from 27% to almost 90% and significantly reducing the environmental pollution. The volume of investments amounted to $2 billion.
The Mangistaumunaigaz company continuously cleans and eliminates accumulated "historical" oil waste at its facilities. These lands, polluted by oil waste since the Soviet period, occupy 47 hectares. In recent years, 10 landfills and 6.5 hectares of land have been cleared; one million tons of waste have been eliminated. The amount of funds allocated for the disposal and processing of accumulated and newly formed pollutants increased from 881 million tenge in 2016 to 7.3 billion tenge in 2021.
The shareholders – CNPC and KazMunayGas – allocated 1 billion 800 million dollars to modernize the Shymkent refinery. The main achievement is the reduction of environmental risks. For example, the amount of sulfur in gasoline and diesel fuel decreased ten times, and the volume of light petroleum products production increased from 57% to 82%. It was possible to achieve and improve the quality of products.
- If earlier the plant produced K2 class fuel, now K4 and K5 class gasoline and diesel fuel are produced (analogous to Euro-4 and Euro-5), and this means a significant reduction in the negative impact of exhaust gases on the environment, - said Jiang Shi, General Director of the Shymkent Refinery. In addition, a decrease of up to 90% of hydrocarbons and other pollutants emissions into the atmosphere has been achieved. One thousand tons of oil sludge were hauled out for processing and disposal. Now about 15 thousand tons of fuel are produced per day, and more than 6 thousand tons is high-class gasoline.
Modernization of the plant allowed the country to acquire fuel independence. Previously, Kazakhstan imported most of the petroleum products from Russia, which led to a seasonal shortage of fuels and lubricants. Now that the volume of production of the Shymkent refinery has been brought to 6 million tons per year, the problem of acute fuel shortage no longer arises. In addition, thanks to the reconstruction, major repairs at the enterprise are carried out every three years, not every year, as before, which also generated a shortage at gas stations and led to significant economic losses.
For 24 years of activity in Kazakhstan, enterprises with the participation of CNPC have produced about 360 million tons of oil and 125 billion cubic meters of gas. It is worth noting that in terms of production volumes, Chinese companies occupy third place after Kazakhstani and American ones. At the same time, 60% of the oil produced at CNPC enterprises is supplied to the local market for refining and sold at domestic prices in Kazakhstan. No other foreign investor does this. Thus, by participating in the stable supply of consumers with high-quality domestic gasoline and diesel fuel, CNPC contributes to the progressive development of Kazakhstan's economy. 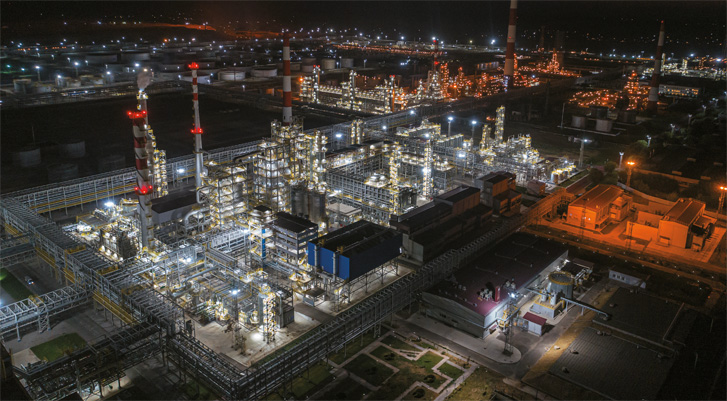 From 2009 to 2015, with the participation of CNPC, three lines of main gas pipelines from Central Asia to China were built to transport gas from Kazakhstan, Turkmenistan, and Uzbekistan with a capacity of 55 billion cubic meters per year. Since commissioning, 336 billion cubic meters of gas have been transported to China. The project implements the transit potential of Kazakhstan, and since the beginning of its work, taxes in the amount of about $2 billion have been paid to the country's budget. The uniqueness of the Asian gas pipeline is that it has provided diversification of gas export routes from Central Asian countries to the promising Chinese market.
CNPC builds roads and parks in Kazakhstan, reconstructs houses and streets, finances cultural and historical events, allocates educational grants to students, helps athletes and artists, buys vehicles, medical equipment, and medicines for hospitals, gives computers, and textbooks to schools. CNPC's investments in charity and social projects in Kazakhstan exceeded $410 million.
Speaking about such projects, it is impossible not to mention the construction of the Kazakh National Academy of Choreography in Nur-Sultan. CNPC Group of Companies allocated $95 million for its implementation. As a result, a glorious temple of art appeared in the capital of Kazakhstan, which has no equal in all of Central Asia. There are no more than ten such educational institutions in the world. Students study from the first to the eleventh grade, receiving education from the best teachers.
The Beijing Palace Hotel, also built with CNPC money, is another landmark of the Kazakhstani capital. And in Aktobe, the company financed the construction of an Art Center, allocating $4.5 million. The building of the multifunctional complex is designed for official and festive events, equipped with modern sound and lighting equipment, a unique concert hall with an orchestra pit, and a rotating stage. There are children's clubs in which schoolchildren from all over the region are engaged.
Last year, each company with CNPC's participation allocated considerable sums to fight the pandemic. Together with its Kazakhstani partner, the corporation transferred about $10 million to the Halyk Charitable Foundation to purchase medical equipment, medicines, and protective equipment.
More than 30 thousand people work at enterprises with CNPC participation, and 98.3% of them are Kazakhstanis. The exchange of experience, training, and staff development is carried out on the basis of the best educational institutions of Kazakhstan and China.
- Taking this opportunity, I would like to congratulate all Kazakhstanis, employees of our companies, partners, and employees of the oil and gas sector on the 30th anniversary of independence. I sincerely thank you for your invaluable support of the Kazakh-Chinese oil and gas cooperation," says General Director of CNPC International Kazakhstan Li Yong Hong. - I wish the people of Kazakhstan prosperity, peace, and new achievements. May all our undertakings be productive and the future be bright!