The Autumn of the Patriarch. Preschedule presidential elections will be held in Kazakhstan 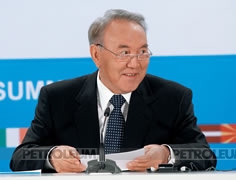 After adoption of the law «On the leader of the nation» in the last year, a natural question has arisen in the Kazakhstan’s political elite on expediency of participation of the president, already in a new status, in the next presidential elections. The long-term legitimate mandate of “the leader of the nation” has obviously come into contradiction with the necessity to get the next formal mandate of trust during the election campaign. On the other hand, under holding presidential elections, the head of state also will lose nothing given that his victory is practically guaranteed. At least, two groupings in the president’s surroundings lobbying their own projects for prolongation of powers, have collided. The first project is based on the mechanism of referendum, while the second – on presidential elections.

The fact that the head of state in the last day of January made a stake on the second variant, does not change anything cardinally, except for the terms of the president’s staying in power. Moreover, irrespective from what scenario would be realized – the referendum, elections or even leaving the post of the president – under any apportionment Nazarbayev keeps the main levers of management in his hands. And the decision on preschedule presidential elections is no more than a political strategy under which it is inexpedient to weaken that tempo which the president’s supporters have accelerated within the work on preparing for referendum. The talk is about mobilization of the president’s supporters and creation of the Coalition of democratic forces. 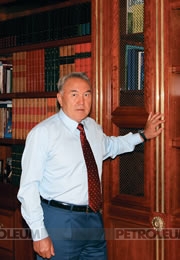 Meantime, the head of state has killed two birds with one stone. Firstly, he used the initiative on prolongation of his powers as a trial balloon which has checked, among others, the reaction of the international community, to this initiative. Secondly, he supported the reputation of a basic guarantor of the Constitution. Thirdly, once again he showed everybody in the political space whom the strategic initiative depends on. And at last, he transformed the initiative to hold a referendum as a preparatory part for his pre-election campaign.

All these political games, unfortunately, are only tactical instruments prolonging the president’s staying in power. Meantime, the most important question which should worry experts and politicians: «What will be the political system of Kazakhstan after Nursultan Nazarbayev?» remains with no answer. There are no even contours of the mechanism for continuity of power. In fact, the talk is about a long-term stability of political and economic system in which is interested not only a considerable part of the Kazakhstan political elite, but also large geopolitical players including the foreign investors. That is, all this political game has sense if a talk is not about the interests of the president’s nearest surroundings who connect their status quo only with the leader of the nation, but about the interests of the political system itself. The problem is that inside this system three “delayed-action mines” are laid which threaten to destroy the arisen political structure immediately after the president’s leaving big politics.