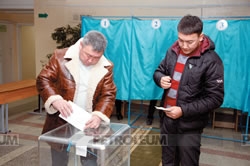 The extraordinary elections to the Parliament’s lower chamber – the Majilis – were held in Kazakhstan. One of the main mistakes of many experts estimating their course and results is that they have too focused on the pre-election race’s participants.

All the time discussions were conducted in the incorrect channel at the level of guessing who will be the second or third party in the Parliament after when in Kazakhstan the constitutional changes were made according to which the new parliament should be two-party at least.

That is, the experts were interested in examining the “political trees” instead of looking at the whole “wood”. Especially as, there was no pre-election intrigue, because since the end of the past year it has been already evident that the Ak Zhol Party, which is actively promoted and renewed from the personnel point of view, would play the role of the second party and should replace the intersystem opposition in the form of the National Social-Democratic Party (NSDP). This is not surprising because during the previous elections the NSDP was the second after the pro-presidential Nur Otan Party. 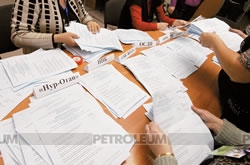 As for the Communistic People’s Party of Kazakhstan (CPPK), which also managed to overcome the 7 % elective threshold but nevertheless will not heavily affect the internal apportionment in the Parliament given Nur Otan’s dominating role to which as makeweight were simply given two quite manageable parties.

Thus, only one aim has been achieved, namely, creation of a more democratic image to the Parliament which for long time was criticized for one-party membership. But, as shows experience of other countries of Central Asia, for example, the same Uzbekistan, the presence in the Parliament of several parties does not at all speak about the raised political role of the Parliament.

Inappropriate sound also the attempts of some Kazakhstan political scientists to compare the updated structure of the Majilis with the Russian parliamentary experience where the parties presented in the State Duma personify themselves as a political centre, as well as the right-of-centre and left-of-centre orientations. Indeed, how can one rank the same Zyuganov's Communist Party, which has quite a stable “red” electorate, among the CPPK, which traditionally referred to “divan parties” and at the last elections has received only 1.29 %.

Moreover, the pro-power political technologists have miscalculated by convincing Astana that there should be the communists in the parliament. This strikes a certain blow on the image of the power itself which in due time often referred to the negative experience of Soviet development compared with the “successes” of the Post-Soviet period. Now it turns out that for 20 years of independence, ostensibly it became again popular in Kazakhstan the left ideas of social justice! It is especially surprising if to take into account that other parties of the propresidential field, in the form of the same Adilet or Аul, could apply to the role of the third party and which would look quite more respectably. 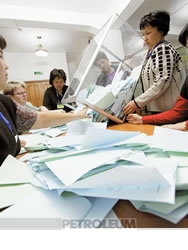 Meanwhile, the more important question is whether will the new parliament, except for its formal multi-party system, differ from what it was earlier? That is, there is talk about whether the parliament can become a “collective successor” of the policy conducted in the country, or whether it will continue to play a subsidiary role. This is one of the key issues because it can be assumed that these parliamentary elections will be the last under the working president.

It means that the period of change in power may fall during the period of work of this parliament. However, the problem is that many political institutions are more artificial participants in the political process because all these years the main goal of the country’s political development consisted only in strengthening the presidential power and the executive vertical.