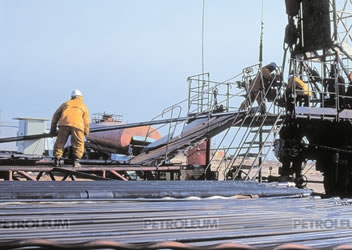 Russiais going to form a strategic reserve of oil - a "stash" put aside for a rainy day and simultaneously, according to the plan of the Russian officials, an instrument of influence on world prices for "black gold." Should Kazakhstan follow this example, especially if the two countries have been sharing a common economic space for almost a year?

For the sake of justice, it is necessary to recognize that strategic stocks of oil are not part of Russian know-how. Similar reserves have been already formed in a number of countries, while other states are discussing their expediency.

There is no a uniform approach to the organization of oil reserves in the world. Some countries and groups of countries form them with different purposes, defining the forms and functions of these reserves. The exceptions here are the so-called mobilization reserves – the emergency reserves of petroleum products for the needs of militaries and emergency situations.

Petroleumhas spoken about global practices in oil reserves formation with the leading Kazakhstani engineering company in the oil and gas sphere – the Kazakhstan Institute of Oil and Gas (KING).

In the opinion of KING’s experts, there are three approaches to forming strategic reserves of oil and/or petroleum products: reserves can be created directly by the state (government stocks), by specially established organizations - agencies (agency stocks), and through imposing reserve obligations on oil companies (company stocks). Combined approaches are also used. How is the issue of forming strategic reserves solved in different countries?

The United States of America, for example, possesses rather significant stocks of oil, but at the same time is a net-importer due to huge consumption. The USA started to create its oil reserves as a fund of fields and, to date, remains practically the only country where reservation of fields is decided legislatively. 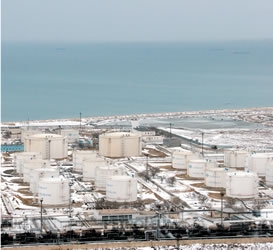 In 1975, the USA adopted the “Law on energy policy and energy saving,” which regulated the formation of the Strategic Oil Stock as a separate governmental department. The Strategic Oil Stock (SOS) of the USA is the world’s largest source of buffer stocks of crude oil, and it is federal property.

Oil stocks, in the amount of over 100 million tons, are stored in four huge natural storehouses (salt caves) along the coast of the Gulf of Mexico in the states Texas and Louisiana. The advanced infrastructure needed for the SOS’s functioningis available – oil refineries, sea terminals and pipelines. The SOS reduces the nation’s vulnerability to failures in oil supplies and serves as an instrument for maintaining economic and national security and conducting foreign policy.

The SOS exists under state ownership with all expenses for its maintenance borne by the federal budget. According to the “Law on energy policy and energy saving,” the decision to withdraw crude oil from the SOS is taken by the US President. Under an energy crisis, the SOS will be sold through auction tenders, however, in practice the SOS has been used only once (during Operation Desert Storm in 1991).

Besides the SOS, there are the northeast stocks of fuel for household purposes (a buffer stock of boiler fuel for heating houses and enterprises in the northeast of the United States with the volume of 2 million barrels) and the Naval Forces Oil Reserves: these are the oil fields owned by the US government.

The EU demands from member countries the availability of oil and petroleum product reserves capable of supplying internal consumption for 90 days. The EU does not regulate the organization of oil reserves, and European countries solve this problem differently.

France, for instance, has about 125 million barrels of strategic reserves; of these, 100 million are obligatory reserves of crude oil and petroleum products held by companies. Germany combines all three possible forms of reserves: government, agency and companies’ obligatory stocks. In Italy, the strategic reserves of oil and petroleum products are managed by the state company Eni (about 7-8 million barrels). Private companies are obliged to maintain their own reserves at a volume of no less than that equal to 90 days of consumption.

In Japan, the state and private (industrial) emergency reserves of oil function in parallel. The state Japanese National Oil Corporation’s (JNOC) reserves contain only crude oil. The state reserve has been functioning since 1978 and is distributed in 10 storehouses.

Its volume is 320 million barrels, which could approximately meet consumption for 84 days. It is supported by special taxes contained in the price for energy carriers; therefore, gasoline in Japan is some of the most expensive in the world. Thus, the costs for maintaining the oil reserve are ultimately borne by consumers. 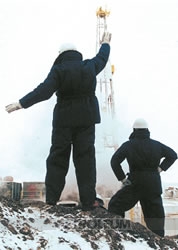 A critical point, in terms of vulnerability of the world economy, is the lack of national oil reserves in such countries as China and India. China became a net importer in 1993, and by 2020, according to all forecasts, it will be the world’s second largest consumer after the USA. Moreover, China must import more than half (up to 170 million tons annually). At present, this country is actively forming its state reserves of oil. To date, by some estimates, these stocks have exceeded 15 million tons.

As for India, for 10 years already it has been exploring the opportunity of forming a strategic reserve, but there are no means for this in the country’s budget. Currently engineering studies are underway, as are assessments of the cost of various modes of storage and so forth. In the first stage, India has the aim to increase companies’ obligatory reserves to the level of 60 days of consumption.