A Second Campaign to Lithuania. Whether KMG needs a plant in Mazeikiu? 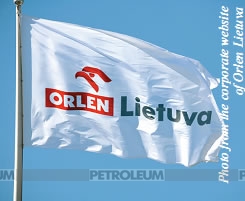 In late 2006 the first pages of the large-circulation Polish newspapers carried screaming slogans such as “Mazeikiu has been captured” or “Orlen is in the mouth of the Russian bear”.

The Polish journalists in enthusiastic tones described a victory of the state Polish company Orlen in the tender for privatization of JSC Mazeikiu Nafta –a large oil refinery in Lithuania. Five years have passed since then and the tone of the articles in the Polish press has changed.

The bravura slogans disappeared, however the hints appeared on the negotiations conducted by Orlen on the sale of a significant part of its package in the Lithuanian oil refinery either to the unnamed South-Korean company, or to the mysterious investment fund from Qatar. And the last news – about the start of negotiations with the national company KazMunayGas (KMG).Petroleum has tried to clarify how far this information corresponds to reality. 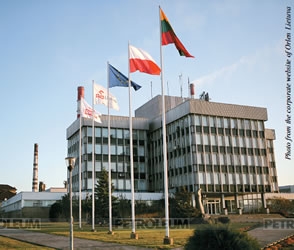 The company Mazeikiu Nafta (МN) wasformed in 1995 through privatization of the state enterprise Nafta. The oil refinery in the Lithuanian town of Mazeikiuwas built in Soviet times as part in the process chain called, through the system of oil pipelines Druzhba (Friendship), to provide the Baltic republics and the brotherhood socialist countries with petroleum products.

So, the ways of delivery of raw materials to the plant, alternative to Druzhba, even were not reviewed under designing. Meanwhile, it was this circumstance that later became the Achilles' heel of МN.

By starting a large-scale privatization policy, in 1999 the government of independent Lithuania sold МN to the little-known company from Texas, Williams International Company (WIC). It was clear even then that this decision was not economic, but the political one.

The aim of new Lithuanian authorities was achieved – the plant was removed from the orbit of Russian influence, but simultaneously an access was closed to the cheap Russian crude. As a result of three-year management of the Americans, the losses of МNreached, in some estimates, $67.5 million, and the Americans had to leave. 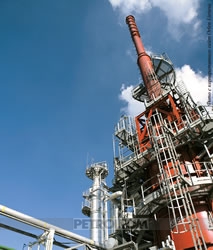 In 2002, a 53.7 % interest in МN was bought by the Dutch subsidiary of Russian YUKOS, YUKOS International UK b.v., and already by 2005, the plant’s profit reached $318.7 million. Then, the Kremlin began an attack on YUKOS, resulted in Khodorkovsky's imprisonment and breaking up his corporation, and a search for a new owner for the plant in Mazeikiu.

It was obvious that such owner should become an oil company capable of providing the plant with oil resources. And such company was found – Russian LUKOIL – one of the first submitted the application for purchase. Simultaneously, applications for tender were submitted by Polish PKN Orlen and Kazakh KazMunayGas which prior to it hardly left its problem asset – the oil refinery in Kherson.

It was not a secret for everybody that LUKOIL enjoyed favor of the Kremlin, so, in order to help the Lithuanians to take a proper decision, Russian Transneft, prior to summarizing the tender results, under the pretext of conducting scheduled repair work on the oil pipeline Druzhba, stopped deliveries of raw materials to the plant in Mazeikiu via this pipeline. 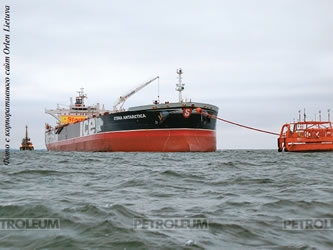 However, this has not helped. The then government of Lithuania once again regarded as of paramount importance the political interests rather than the economic ones. Their logic was such: under the conditions of the “energy war” in Europe, they should not give control over a strategic asset to the Kremlin. In this plan, the partner in the European Community, Poland, looked more preferably.

It did not matter that Poland had no own oil resources, it was the second thing. As soon as the political preferences were designated, Orlen started to feverishly search for oil. And went to Astana – its competitor in tender. In January 2006, the representative delegation from Warsaw arrived in Astana to attend the inauguration of the President Nazarbayev. However, the visit’s major objective was not participation in ceremonial events, but in the meetings with the Kazakhstan’s top political establishment.

At the meeting with the head of the Kazakhstan Senate Nurtai Abykayev, a person close to Nursultan Nazarbayev, the Polish Minister of Economy Peter Voznjak unexpectedly sounded a proposal on strategic partnership of the two countries in managing МN.

“We wish to enter with a proposal to unite the forces of the Polish oil company and the Kazakh oil company KazMunayGas in the purchase of shares in the Lithuanian plant Mazeikiu Nafta. And now, being in Astana, we intend to discuss this issue with the leadership of the Kazakhstan company,” he declared publicly. 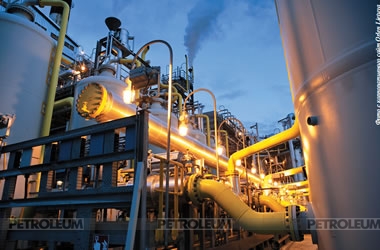 Тhe tender proposal of KMG  was also rather attractive. The national company was ready to pay $1.2 billion for shares in МН. In addition, the guaranteed deliveries of up to 12 million tons of oil to the plant annually. Given that Russia by that time possessed a powerful lever of influence on the Kazakhstan export, deliveries were planned to organize under a little bit exotic schemes.

One of them: SWAP-operations, when KMG will give certain volumes on the Caspian Sea and, in exchange, to receive oil from the North Sea and to deliver it to the oil refinery through the terminal in Butingenear Klaipeda. The second variant envisaged the purchase of oil at the terminal of Russian Primorsk to which oil was delivered via the Baltic pipeline system, and then oil could be delivered to Lithuania by tankers.