About Energy Strategy: Winners Take All 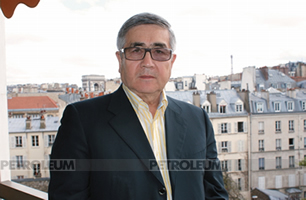 Vladimir Lenin defined the ideal society of the future as “Soviet power plus electrification of the whole country”. A hundred years have passed since then but the world is more and more convinced that the power can be different, but without electricity there will be no bright future.

The energy policy, the bases of which are oil, gas and uranium, are becoming the Alpha and Omega of the interests of any state. The country’s progress is found in its energy strategy, and there are strong reasons for Kazakhstan’s aspirations to be defined by the development of the electric energy industry: the winner wins everything.

Any constructive ideas or thoughts expressed within the frames of discussion of this concept are of great value and play a positive role in the country’s industrial future. Petroleum offers its readers an interview by the journal’s editor-in-chief Oleg Chervinsky with our compatriot in Paris – well-known expert Berlin Irishev.

- Berlin Кеnzhetayevich, you recently published in our press some analytical articles on Kazakhstan’s energy strategy and the energy models desirable for our country. As an expert in financial issues and in issues of European integration, we would like to hear from you first of all the factors pushing you to these important themes.

- I am quite aware of the implied sense of your question: how much it is appropriate to argue from the Champs Elysée about the distant oil fields? You know, on happy coincidence, from the window of my office I have a view on the world’s greatest “oil tower.” I perceive the Eiffel Toweras the world’s most efficient oil tower: it "pumps" into the country’s budget about 50 billion euro annually (the income from foreign tourism), whilebypassing such difficult stages as exploration, production, transportation, etc. France spends approximately the same amount of money on the purchase of oil and gas. In 30-40 years, our wells will be devastated, and this "oil tower" will continue to pump "cash flow" into the country.

To speak seriously, today in the world of energy resources there are global processes of revolutionary character. They will define the future of countries and continents for many years. I amnot indifferent to the destiny of our country in this difficult configuration of strategic interests, risks and threats. At the dawn of our independence, I had the honor to hold the first meetings and negotiations with the Presidents of ElfAquitaine(today, Total-Petroleum), Agip andBritishGaswithin the framework of building financial support for Kazakhstan and to learn the intricacies of PSAsin the offices of BritishPetroleumin London.

The first mention of the Каrachaganak gas field was in the basic agreement (of February, 1992), which I signed on behalf of our government. I am far from a veteran of this branch of industry, but its future keeps me in engaged. In my reflections on the situation in this strategic sector, I adhere only to the first half of the well-known principle of globalisation: "Think global, act local." I leave the second part to our oil and gas strategists. Most importantly, I am far from lobbying for or against somebody’s interests. I am free in my resonings. 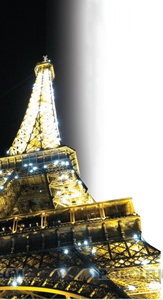 - As is known, today the world energy configuration has three components: hydrocarbon, nuclear and renewable energy sources. To which should Kazakhstan give priority?

- Kazakhstan, as well as our main partner, Russia, is one of those few countries which possess all types of energy resources. If practically all other countries worldwide have renewable energy sources, then the overwhelming majority of them feel a sharp demand for the import of fossil fuels, such as oil, gas and coal. However, in order to answer to your question “to which should Kazakhstan give priority,” it should be specified whether you mean the export of these resources or local consumption. A joke comes to mind: When the son asks his father, “Daddy, how much does a bicycle cost?” the father clarifies: “Sonny, are we buying a bicycle or selling one?”

- Energy security, first of all, is energy independence. Being a producer of over 80 million tons of oil, we do not have energy independence, despite internal demand for only 14 million tons. We depend on our northern neighbor for deliveries of petroleum products, and in the south we depend on delivery of gas from Uzbekistan. According these two indices, the balance of interests is developing in favor of China.

Energy security refers also the geopolitical balance of interests in the distribution of resources between countries, and also the diversification of export transportation routes. Regarding export pipelines in the direction of China, we are doomed to the demands and unpredictable behavior of one buyer. That makes us vulnerable to essential price fluctuations in world markets. Last, it is necessary to refer to the level of energy savings, the level of technological development in this industry and the orientation of the energy model to renewable resources. Under all these indices, Kazakhstan needs to direct its actions.

- Regarding the export strategy, from the viewpoint of global tendencies and world conditions, what phenomena in the market of energy resources should be considered in the energy strategy of Kazakhstan?

- Basically, they are many, but in my opinion thoserevolutionary processes taking place among the largest consumers of energy resources deserve special attention. In the USA, China and in the European Union, countries are toughening of environmental requirements on СО2 emissions and on the risks of nuclear catastrophes. Tendencies in these markets will become the backbone and basics of the energy sector.

First, while remaining the largest importer of crude oil ($426 billion in 2011 against $380 billion in 2010), the USA for the first time since 1949 became an exporter of refined oil products. However, the dependence of this country on crude oil—at a level of 45% of internal consumption—continues to be rather high, and it experiences fluctuations of world prices for oil caused by the tense geopolitical situation in the Persian Gulf. The USA has designated itself a political goal: to get rid of the energy dependence on the Persian Gulf by 2015.

For this reason the production of crude oil here has grown considerably since 2006 - almost by 11%. The oil boom is accompanied in the USA by the rapid development of shale gas production. Since 2009, the USA has been the world’s leading producer of gas, outstripping Russia and not yielding this title. According to the International Energy Agency (МEА), by 2016 the USA will be a pure exporter of liquefied natural gas, and by 2025, of pipeline natural gas.

According to forecasts by experts from PFCEnergy, by 2020 the USA will outstrip Russia and become the world's largest producer of hydrocarbons. Such abrupt change in the market of energy resources, when the largest consumer is transformed into the world’s producer-exporter, can cause deep shocks in the world energy paradigm. In particular, it is expected that the change in orientation of the export-import flows in the oil and gas markets and sensitive fluctuations of the prices of these resources will effect exporters, including Kazakhstan.

Secondly, serious structural changes connected primarily with the rejection of nuclear energy in a number of countries, has resulted in the European Union staking its future on the use of gas and alternative types of energy without big emissions of СО2. Meanwhile, European Union countries remain large importers of oil: in 2011 the cost of imports reached the record level of almost $500 billion. That is, volumes 40% greater than in 2010.

At the same time, the dependence of European countries on oil and gas produces continues to increase: 54% of energy consumed was imported prior to the close of nuclear reactors in a number of countries. Thus, the energy security of the European continent gains urgency despite concrete efforts to save energy. At the same time, on the same continent the demand for enriched uranium and nuclear reactors will inevitably decrease.

France, the champion of European nuclear energy, will be subjected to a reduction of demand for uranium ore due to the forthcoming closure of atomic power stations by the new President Francois Hollande, who was just elected. Kazakhstan will be affected by the fall in demand for uranium.

The third largest consumer of oil is China. Compared with the USA, it has no solid stocks of energy resources in its territory, and its dependence on external deliveries remains high. Meanwhile, the demand of China for crude oil continues to increase. To weaken this dependence, China has placed a stake in energy resources from its Central Asian neighbors, Arabic countries and alternative energy sources. After the catastrophe in Fukushima, another serious competitor for these resources is now its neighbor, Japan. Thus, in that part of the planet we also have an increase in demand for oil and gas resources.

- Is it still premature to speak about the decline of the “oil era”?