Not so long ago the Moody’s International Rating Agency has submitted the next report on the risks for Kazakhstan’s rating. The list of such risks, among others, included: significant dependence of the country’s economy on the prices for energy carriers and the level of unserviced credits. To the factors positive for rating the Moody’s analysts referred good indices of growth in the republic’s GDP, the growth in the volume of direct foreign investments and the export of hydrocarbons, and also budgetary proficit and a rather low level of public debt in regard to GDP. 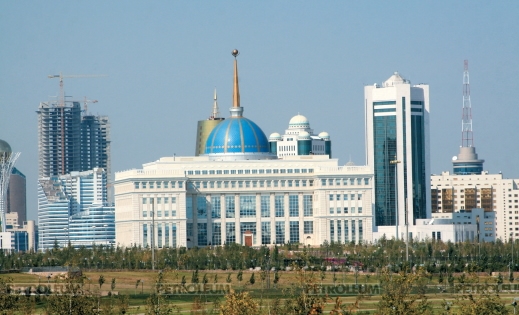 Despite the fact that Moody’s estimates the economic indices of Kazakhstan as moderate, efficiency of activity of official bodies has been determined as low. Indirectly, this conclusion was confirmed by the president’s criticism in the address of the government at the industrial forum in Astana where Nursultan Nazarbayev expressed dissatisfaction with the quality of implementing the industrialization program.

In the spring of this year about this, based on the figures, also spoke the Accounting Committee of the RK which analyzed the regions’ economic development also in terms of assessment of efficiency of using the means of the republican budget. Hardly these conclusions were sensational. If to summarize the main theses connected with the disastrous work at a local level, then, in the opinion of the Accounting Committee, the talk is about violations of financial discipline, budgetary and other legislation, about non-qualitative planning of the amounts of target transfers, about the lack of due control over budgetary programs by managers, etc.

Not less questions were in regard to the activity of the government itself which, judging by the report of the Accounting Committee, also has received a "black mark". Despite the fact that the execution of the republican budget was carried out "… in the conditions of double detailed elaborations and repeated corrections", unused have remained KZT43.2 billion that is more by 15 % compared with 2010.

At the same time, the head of state has emphasized that the government of Kazakhstan will conduct further work in the unfavorable economic conditions when the pace probably will be set by a second wave of crisis. By the way, in connection with such forecasts, the National Bank, together with the government, has worked out the main directions of economic policy for 2012. Traditionally, one of the most interesting sections are the scenarios for development of the economy for 2012-2014. 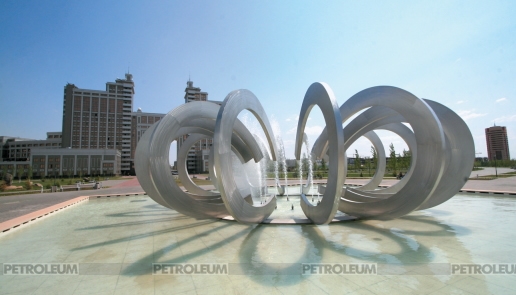 As usual, a key criteria for dividing into scenario variants under the development of the monetary and credit policy for 2012-2014 were determined an average annual level of the world prices for oil. Three scenarios for development of the macroeconomic situation were considered. The first (pessimistic) scenario proceeds from the price of $40 per barrel in the next three years. The second, or moderate scenario, provides the price of $90 per barrel in 2012 and $70 per barrel in 2013 and 2014. And, at last, the third (optimistic) scenario proceeds from the price of $100 per barrel which is essentially lower the current price level oil. The National Bank considers as the most probable the third scenario for the development of the country’s national economy. It should be stressed that earlier the National Bank, making forecasts independently, declared as the most probable the moderate scenario.

All these three scenarios were built given the data of the Ministry of Economic Development and Trade of the RК regarding the increase in expenses of the republican budget on social programs in the 2012-2014 period. At the same time, N. Nazarbayev, at the already mentioned industrial forum has reminded that at present the government is working out a concept for the country’s innovation development till 2020 in which it can be envisaged more concrete participation of foreign businesses in the industrialization program.

Though in April of this year the President has stated that Kazakhstan does not strongly require foreign investments, and it is quire suffice the internal reserves for the country’s industrial development. All this speaks that the main burden on investors will lie exactly in the sphere of expansion of the Kazakhstani content, including on the account of investments into training of local personnel and production of technologies. At least, the hint was made on it by the head of state. Shortly before it, at the 25th plenary session of the Council of Foreign Investors (СFI) under the President of the RК, the head of state has called foreign investors to invest in the development of industry and new technologies in Kazakhstan. 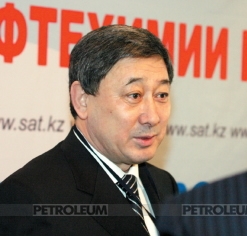 For strengthening control over this direction the head of state decided to grant more supervising functions to the Ministry of Industry and New Technologies which together with investors should reconsider the structure of CFI and to make active its working groups. Most likely, as one more supervising structure from the part of state it can be reviewed the Oil and Gas Council which is a consultation and advisory body at the head of state for forming proposals to guide the strategic development of the country’s oil and gas industry.

It is interesting to note that the second important responsibility of the Council is to work out the proposals on interaction with foreign partners operating at the largest oil and gas fields in Kazakhstan. The working body of the Council is the Ministry of Oil and Gas which strengthens the position of this department. The Council will hold sessions twice a year. On the whole, the appearance of the Oil and Gas Council speaks to the mobilization of the state structures coordinating policy regarding relations with foreign producing companies, from the viewpoint of pressing them.

On the whole, the policy of the state in regard to foreign investors is estimated differently. For example, Ernst & Young has submitted the data on the conducted research of Kazakhstan’s investment attractiveness within which the existing and potential investors from 87 countries have been interrogated. According to the research, Kazakhstan is recognized as one of three most attractive investment markets. In this are sure 85 % of the existing and 18 % of potential investors.

A special operation on destruction of terrorists
To read the full article, please log in
Authorization
or register.