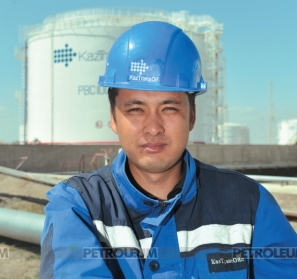 One of the pillars of the State Program for Accelerated Industrial and Innovative Development being implemented in the republic by order of the head of state is the development of the Kazakhstani content in the industry.

The experience of successful partnership of the national company KazTransOil with local suppliers of goods and services is numbering for many years. These are such eloquent figures: a share of the Kazakhstani content, according to the forecasted data of this year’s report, comprises 60 % (including on goods about 30 %, on work 64 % and on services 80 %).

Compared with the previous year, there is an upward tendency of indices: under the 2011 contracts, the share of the Kazakhstani content was no more than 50 %. Along with other large Kazakhstan companies, mainly with state participation, JSC KazTransOil signs a number of memorandums of cooperation annually with domestic service and industrial enterprises as part of the task to support local commodity producers.

There are particular examples when cooperation with JSC KazTransOil within the memorandums has allowed the domestic companies to raise their manufacture on a new level, to conduct modernization of fixed capital and introduce new progressive technologies. In particular, some enterprises in different regions in Kazakhstan have formed a portfolio of orders within JSC KazTransOil’s projects for the reconstruction and construction of new facilities.

Antikor LLP has launched on its base in Almaty the production of iron silicon anodic grounding connections planned to be applied at JSC KazTransOil’s facilities for electric and chemical protection of trunk pipelines. Energoprom-Aktobe КZ LLP, on the basis of its mealware plant in Аktobe, established capacities for a full-scale production of modules of Mercury type with the automatic stations of cathodic protection which are supposed to apply at JSC KazTransOil’s facilities for the linear part of trunk pipelines. 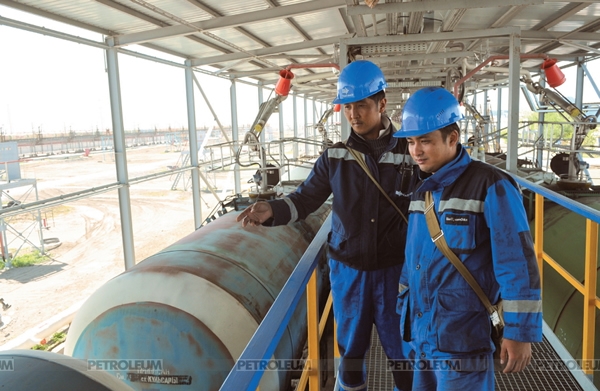 Schneider Electric LLP, on the basis of the plant Infraenergo LLP in Таldykorgan, has organized the manufacture of complete switching centers (cells with a voltage of 0.4 kW, 6-10 kW) which are planned to be used at JSC KazTransOil’s facilities. JSC Ust-Kamenogorsk Condenser Plant has already commenced the production of devices of reactive power compensation. In addition, the variants of expanding the line of released products are being explored.

ELECTRUM KAZAKHSTAN LLP, on its base in Аtyrau, conducts preparation of capacities for a full-scale production of complete transformer substations, cabinets and the buildings made of sandwich panels such as "Continent" assumed to be applied at JSC KazTransOil’s facilities. There are many prospective projects the push for which was given by the demands of JSC KazTransOil. In particular, as part of the protocol on intentions signed between JSC KazTransOil and САР Technology LLP to organize the innovative production of goods (electronic converters, counters, measuring instruments and analyzers of electric energy quality of SATEC (Israel), a feasibility report is being elaborated and a marketing research is being conducted currently in the territory of the Republic of Kazakhstan.

It is supposed to organize production of mentioned equipment on the basis of САР Technology LLP with the establishment of the "clean zone of production". At the same initial stage is also the project being run under the agreements on intentions concluded between JSC KazTransOil and INVEHA Engineering for the conduct of filters testing thus solving the issue of production of innovative products in Kazakhstan (filters and filtering elements of INVEHA Engineering (Germany). Also, in this year, in order to saisfy the JSC KazTransOil’s demand, the Pavlodar Plant Temirmash LLP, being a domestic commodity producer, has already started to produce a new type of products aluminum pontoons Тоlkyn, float type with hermetic flooring, fo vertical cylindrical tanks for stor age of petroleum products.

They are intended to reduce the losses of products from evaporation and are produced under the tanks’ indi vidual sizes. This equipment passed examination, and the certificate of the origin of goods of СТ-KZ form was obtained. The contract has been concluded for production and assembly of these pontoons at JSC KazTransOil’s facilities. With the aim to fulfill the state program for the development o local content, JSC KazTransOil is annually increasing the number o open tenders held directly among the domestic commodity produc ers, thus expanding the volume o purchases from Kazakhstan pro ducers.