Law of the Republic of Kazakhstan 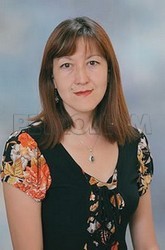 One of the most serious environmental and economic problems connected with oil operations in Kazakhstan is the refusal to flare associated and natural gas in fields and the transition to its processing. Even in the recent past, gas flaring has been a part of the process of oil companies in Kazakhstan and occurred in almost all fields.

This restriction as well as strict sanctions for gas flaring without permit led to the fact that many oil companies really solved the problem of gas flaring in their fields. However, with the adoption of the Law "On Subsoil and Subsoil Use", dated 24 June 2010 (hereinafter - the "Subsoil Law" or "Law"), legal conditions for flaring and disposition of associated and natural gas changed.

On the one hand, the Law considers the need of technologically unavoidable gas flaring, and under certain conditions the Law recognises it acceptable. At the meantime, the Law severely tightened the requirements to subsoil users, even those, which have already completed the programs of associated gas disposition.

Under the Subsoil Law, as a general rule associated and natural gas flaring is only permitted upon obtaining the relevant permit from the Ministry of Oil and Gas. Gas flaring without a permit is only allowed in one case – in case of emergency situations or a threat thereof, danger to lives of personnel or health of population and environment. The Law directly stipulates that gas flaring is permitted without a permit, if emergency situation or danger to personnel, population or environment was associated with "any failure of technical equipment throughout the technical complex of operations connected with extraction, collection, preparation, processing and transportation of oil and gas provided for by the approved technical regulations, or damage of mechanisms, equipment and facilities." In this case, a subsoil user within ten days shall notify the Ministry of Oil and Gas, geology and subsoil use and environmental authorities of the fact of flaring, its causes and amount of gas flared.

In all other cases, gas flaring is only allowed with the permission of the Ministry of Oil and Gas agreed with the geology and subsoil use and environmental authorities. The permit is issued in the following cases:

The Law requires that obligations to process associated gas under contracts entered into prior to its enactment, are to be in the form of separate agreements between a subsoil user and competent authority, which will be an appendix to the contract for production, contract for combined exploration and production of hydrocarbons. The obligation of a subsoil user to process associated gas emerges, therefore, after signing such an agreement. Thus, we believe that the refusal to issue a permit for gas flaring on the grounds that the subsoil user has submitted a program of gas disposition (rather than gas processing) is illegal, if no additional agreement to the subsoil use contract providing the gas processing obligation has been signed.

Besides, the Subsoil Law impose an obligation on subsoil users to develop programs for associated gas processing, which are to be approved by the Ministry of Oil and Gas and agreed with the authorities on geology and subsoil use and environmental protection. The purpose of those programs is to reduce the amounts of gas flaring and gas re-injection into the reservoir (disposition). Development programs for associated gas processing should be updated every three years, reports on their implementation each year should be submitted by subsoil users to the Ministry of Oil and Gas, environmental authorities, as well as geology and subsoil use authorities.