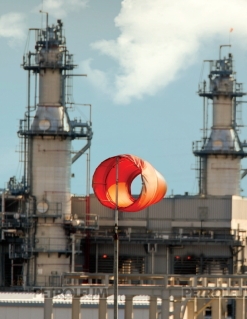 Kazakhstan, like many other countries, has an established permit procedure for employing foreign workers.  In this case, obtaining a permit for engagement of foreign workers is the responsibility of an employer.

In practice employers frequently commit violations when engaging foreign workers owing to incomplete knowledge of the appropriate procedures.  Most of these violations involve fines for employers and have a negative impact on the engagement of non-residents in the future.  Often, employers do not have a holistic view of all phases of the process of engaging such workers.

Below, you will find an overview of the main aspects of engaging foreign workers in Kazakhstan.

According to the Labour Code of the Republic of Kazakhstan, entering into an employment contract with a foreign citizen temporarily residing in the territory of Kazakhstan shall not be permitted until the employer obtains the relevant permit from the local executive body (hereinafter - 'Work Permit'). Work Permits are now issued by the Territorial State Administration 'Office on Employment and Social Programs.

The basic regulatory act that determines the procedure for obtaining a work permit is the Rules and Conditions for the Issue of Work Permits to Foreign Workers and to Employers to Engage Foreign Workers (approved by the Resolution of the Government of the Republic of Kazakhstan No. 45 dated 13.01.2012)) (hereinafter - the 'Rules').

The legislation of Kazakhstan distinguishes Work Permits depending on the category of workers, establishing different conditions of validity, extension, etc.

In particular, Work Permits are issued to engage the following categories of workers:

For this Permit to be issued at least 90% of the number of employees of this category must be Kazakh citizens.

Please note that since 11 March 2012 the requirements for a listed number of employees, who are citizens of the Republic of Kazakhstan, when engaging foreign labour increased by 20%.

The above restrictions on the number of Kazakhstani employees shall not apply to:

In accordance with the Rules, obtaining a Work Permit is required for foreign nationals, who are planning to engage in labour activities in the territory of the Republic of Kazakhstan, except for foreigners and stateless persons of the following categories:

1)        those who are members of crews of sea and river vessels, air planes, trains and motor vehicles;

2)        nationals of the member-states of the Treatyon the Legal Status of Working Migrants and Their Family Members dated 19 November 2010, (Belarus and Russia);

In this case, before 11 March 2012, the citizens of Belarus and Russia had to obtain Work Permits on a common basis.

3)        those who work as CEOs in branches or representative offices of foreign legal entities;

4)        those who are CEOs of the companies that entered into contracts with the Government of Kazakhstan for amounts of investments over 50 mln USD.

5)        those who are CEOs of Kazakhstani legal entities engaged in investment activities in priority sectors and which have signed a contract with the authorised body on investments;

6)        those who are on a business trip, the duration of which in total does not exceed 120 calendar days during the same year;

Before 11 March 2012, the travel period limitation was 60 calendar days during the same calendar year.

This list is not exhaustive and includes only the most common cases.  However, in most cases, engagement of all other foreign workers to work in Kazakhstan requires Work Permits.