Staff Transfers: a Run is Going On 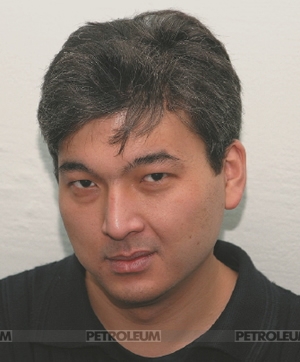 Daniyar Ashimbayev, the well-known Kazakhstani political scientist, editor-in-chief of Kazakhstan Biographic Encyclopaedia, in an exclusive interview to Petroleum makes comments on the recent structural and staff transfers in Kazakhstan

- Daniyar, what is the reason, in your opinion, for the present transfers in the system of executive power and akims corps? When the situation, as they say, has ripened?

- I would characterise this wave of reorganisation and appointments as current. For the years of independence there were dozens of such waves each of them perceiving at that moment as something grandiose, considerable and fatal. However, time passes, the next wave comes and everybody completely forgets the previous wave.

The reasons for this wave are the following. First, after the appointment of Serik Ahmetov and Karim Massimov to the posts of the prime minister and the head of president’s administration respectively, certain time has passed during which the newly appointed dignitaries were defined with their vision of what structure and what people they wish to see in their team. And secondly, our power-holding elite lives under the complicated rules of the mutual balance of interests, checks and balances. As a result, by strengthening this or that colleague, the president counterbalances them by another, provoking thus an interelite competition and not giving these persons a chance to relax. 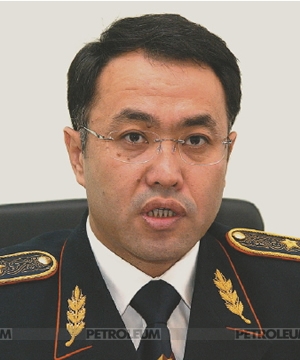 - The noted Russian expert on the CIS Andrey Grozin considers that “staff transfers in any way are adjusted… to the change in power”, namely, that the president is preparing such staff configuration which will work efficiently after his leaving. A rather courageous statement. Do you share it or not?

At the same time, it should be not excluded that the president, by making any transfers is considering a factor of at least microscopic probability of his unexpected leaving. On the one hand, he “tested” the majority of his “guardsmen” in different hypostasis, giving or clipping  their wings, resources, powers, hopes and chances. Sometimes, even it seems that the personnel policy in the country in regard to a certain group of persons is built under the scheme of relationships of the God and Job.

However, 23 years have passed, and soon it will be the 24th anniversary of Nursultan Nazarbayev being as the head of Kazakhstan, but nothing has changed. There was a change of power in Russia (and not than one), the line of “orange revolutions”, the so-called “Arabian spring”, but our country remains to live and that’s all. I think that by choosing applicants to the posts of speakers of the chambers of the parliament and the premier, the president bears in mind the factor that they can potentially lead the country, as well as their capability to play an independent game under the negative scenario, but no more that. 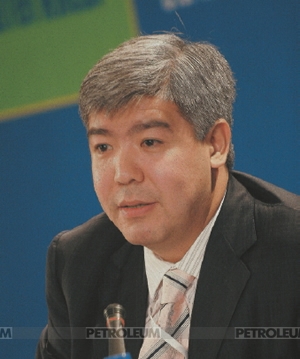 - How has changed, as a result of transfers, the apportionment of forces on the political Olympus? Which clans and financial and industrial groups have won from these transfers and which have lost?

- Formally, at present the group of Nurlan Kapparov and the Karaganda and Zhambyl associations run a surplus. However, this approach is very simplified. N. Каpparov, Y. Dosayev and А. Amrin, though worked in KazInvestBank and Lancaster Group, are put forward and strengthened not as the representatives of these business-communities, but as part of the complicated game conducted by more influential figures.

The notion “clannishness” as “party membership” has become formality. To take, for example, the promotion of B. Sagintayev and K. Kozhamzharov. Under all their potential and experience, very few people considered them as independent players. It was counted that they are the protégés of Sarybai Kalmurzayev, but after his untimely death (and in violation of the traditional clan perception of the elite from outside) the careers of B. Sagintayev and K. Kozhamzharov have unexpectedly gone uphill with both holding the heights that nobody expected, especially now. It turns out that despite the death of Sarybai Kalmurzayev, his influence on the personnel policy has not weakened.

From the geographical point of view, of interest is that despite separate fluctuations, in recent years the number and significance of the natives from the Almaty and Karaganda regions have strengthened. Moreover, the last such phenomenon was marked in the first years of Nursultan Nazarbayev’s accession to the political Olympus in Soviet Kazakhstan. Whether it is an accidental coincidence or a law? A statistical error or a loss of trust from the president in regard to other elite?

Political processes in the country have undergone considerable changes: there are practically absent the former games on public, information wars, or flirting with the public opinion. As there are also no former clans – the times of the “oligarchs” of the 1990s- early 2000s. All major players are playing as a rule for themselves and from time to time – for the nearest and right “big uncle”.

The majority of assets are depoliticized, legalised, laundered, passed through the western stock exchanges and quasi-offshores and more or less are protected from the exchange rate. The purpose of the game is to increase current accounts (under stability of deposits) and accurately explore the ground prior to the main draw, the rules of which are not clear to anybody but which should occur in any way.