The Growth Strategy of KazMunayGas

On the eve of the new year the board of directors of KazMunayGas has approved a Strategy for Development of JSC National Company KazMunayGas. The company’s strategic goal is to enter the number of the world’s 30 largest oil and gas companies by 2022. The company’s mission is defined as providing maximum profits for the Republic of Kazakhstan from development of the national oil and gas industry. 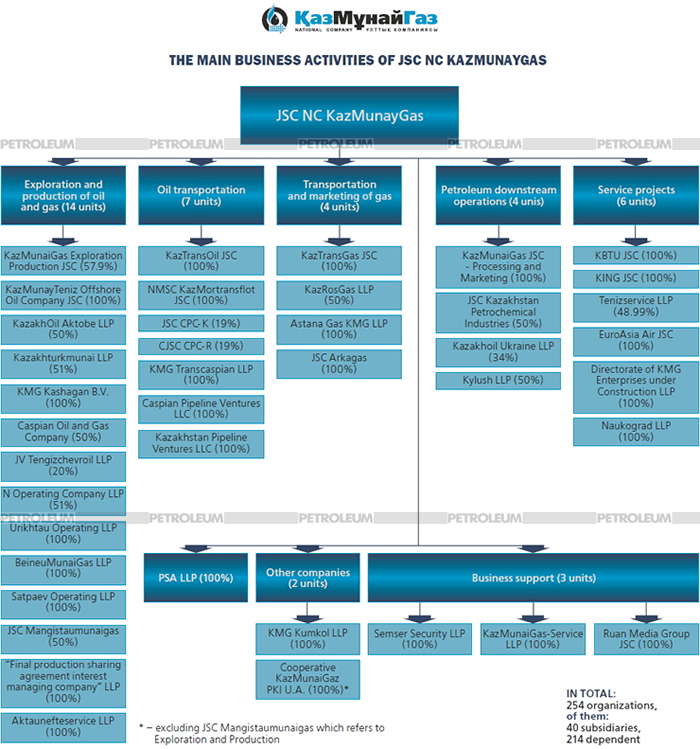 Under this strategy, КМG plans to enhance exploration operations on land and at sea with the aim to provide the growth of hydrocarbons reserves and increase oil and gas production, to establish a flexible system of oil and gas transportation, upgrade processing capacities and the quality of refined products, as well as to establish an efficient and transparent assets management system. 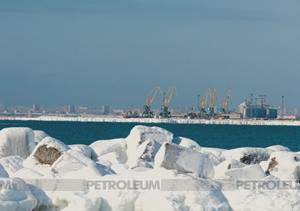 In the next 10 years the activity of extractive enterprises with participation of KazMunayGas will be directed at stabilizing the level of production and the growth in annual production of crude oil and gas condensate up to 35.4 million tons compared with 21.1 million tons in 2011 due to the projects for Теngiz, Kashagan and Каrachaganak. In particular, it is supposed that oil recovery will be increased at Tengizchevroil LLP up to 38.6 million tons, mainly, through the Future Expansion Project. Thus, on the share of KMG with its 20 % interest in this project will fall 7.7 million tons of oil. 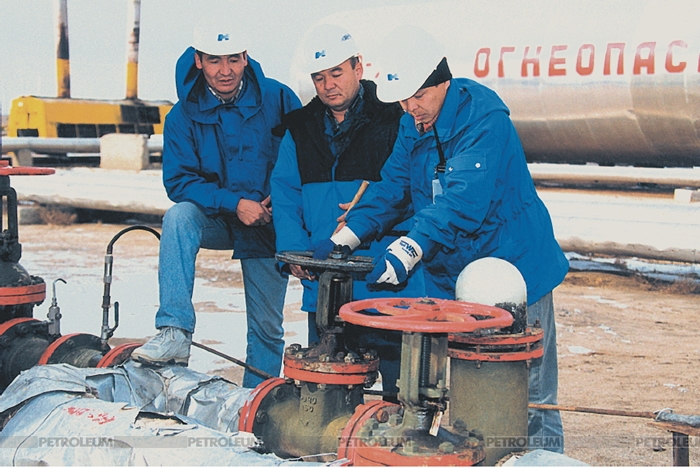 КМG plans to receive additionally up to 10.9 million tons of oil by 2022 from launching new fields: Urikhtau in the  region and offshore blocks N, Zhambyl and Zhemchuzhina, and up to 13.9 million tons – from its affiliated and joint companies KazMunayGas Exploration & Production (KMG EP), Mangistaumunaigas, Каrazhanbas and others. 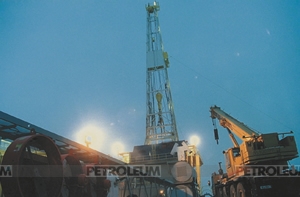 It is assumed by the strategy to increase hydrocarbons reserves up to 1.4 billion tons by 2022, mainly, at the expense of offshore projects Zhemchuzhina, North Caspian, block N, Zhambyl, Satpayev, Zhenis, Аbai and Isatai in the Kazakhstan sector of the Caspian Sea. Also, there are planned exploration activities on land. The talk is about the new exploration blocks Ustyurt, Теmir, Baiganin, Аdai, Теmir North and . On the whole, the cost of exploration program will come to about $9.5billion. КМG has completed analysis and generalisation of geological and geophysical data on the sedimentary basins in the RK, first of all, on the Pre-Caspian and Mangyshlak-Ustyurt basins.

In addition, the high-precision aeromagnetic survey of the Pre-Caspian hollow has been completed which do not have analogues on the post-Soviet territory. The next step will be formation and development of the state-of-the-art center for collecting, processing and interpretation of geological and geophysical information. Also, an emphasis will be made on introduction of technologies of reservoirs’ modelling and management; application of advanced methods for increasing oil recovery of layers; development of fields with sour gas and a high gas factor, and also deep-water fields with high environmental sensitivity. Also, the new methods for increasing oil recovery will be worked out and introduced to develop low profitable fields.

In the oil refining sector, where KazMunayGas supervises currently all three oil refineries operating in the territory of Kazakhstan, it is envisaged the transfer from simple deliveries of raw materials to cooperation in the sphere of refinery of energy resources and exchange of the newest technologies. Already now the programs for modernisation of production processes are being actively run  at the Atyrau,  and Shymkent oil refineries.