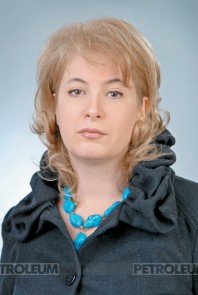 Non-destructive testing is being used for more than hundred years in all industries and services – from space to medical examination of humans and energy preservation of their houses, as method for examining objects with the purpose of their further use and stress calculations.

Non-destructive testing term (NDT) means control of properties and parameters of an object without destroying is use and utilization.

Engineering science has generated a great number of solutions how to perform more precise inspection of objects using different methods – from visual inspection and radiographic control to complex monitoring and scanning of objects with infra-red beams from satellite orbit. In parallel normative documents are being developed in support of examinations performed by means of new technologies. Standardization (regulation) of NDT activity is mostly used in all countries since NDT basis includes physical parameters uniform for all metrological systems.

Technical committees on non-destructive testing were created in all industrially developed world economies with the purpose of promotion of new technologies and provision of relevant regulatory documents. Big role in this activity is played by TC 135 «Non-destructive testing» ISO, which openness and accessibility allows to integrate new developments in the area of NDT into the world process and utilize them without coming up with new local rules and norm for use of new technologies. 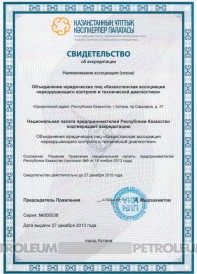 TC 76 «Non-destructive testing and technical diagnostics» (ТC 76) developed in 2011 on the bases of LEA «Kazakhstan association to non-destruction testing and technical diagnostics» (KANDT) with involvement of all its members, participates in the process of harmonization of international standards (ISO\EN\ASNT) with the purpose of introduction of new NDT technologies in the Republic of Kazakhstan for the last three years.

Together with RSE Kazakh Institute of Standardization and Certification» TC 76 developed Kazak standards in ST RK format: in the area of new developments in ultrasound control based on phased grids; on the area of digitizing of x-ray films which allow to automate data collection and its archiving and minimize human factor in the process of issuing findings; in the area of NDT specialists training based on international standards.

Standardization plan for years 2014-2017 includes draft standards initiated by TC 76 for monitoring of industrial objects based on the method of acoustic emission and list of standards for automated ultrasound, magnetic powder and radiographic control methods. All these standards will allow Kazakhstan service companies to expand area of accreditation for testing laboratories and invest procurement of newest developments of biggest global producers of NDT equipment. 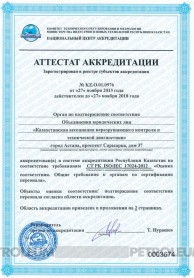 We must mention that during KANDT activity as sector association and technical committee since 2010 technical regulation of the Republic of Kazakhstan has changed. At the beginning after its creation KANDT faced the issue of its affiliation in the area of non-destructive testing and technical diagnostics to one of the supervising ministries.