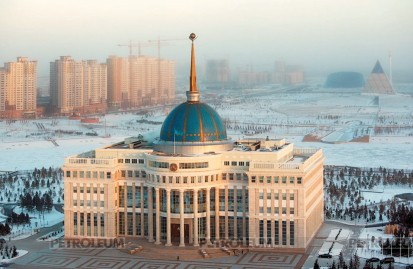 From 2000 onwards, since the discovery of the giant Kashagan field in the Caspian offshore, Kazakhstan did not put into operation any other large field. A amoratorium on holding new bids for the subsoil use rights in the Republic of Kazakhstan, which was acting since 2007, was one of the factors that prevented the investment flow in the oil&gas industry. Now the government needs the foreign investment and, therefore, is preoccupied with removing the barriers for the investors

Legislation will be liberalized

The reform of the law on the subsoil use was initiated to make this area more transparent and attractive for investors. Nowadays, the main document regulating the activities of subsoil users is the Law of the Republic of Kazakhstan as of 2010 ‘On Subsoils and Subsoil Use’, which became the basis for development of the principal statutory and normative legal acts.

The legal experts say that within four years, all the weaknesses and deficiencies of this law were revealed. It is possible to grouped them into three directions.First, the purpose of developing the Law ‘On Subsoils and Subsoil Use’ (2010) was the settlement of subsoil use right in the oil and gas industry. It resulted in a situation, when an investor shall undergo the same procedure as for the conclusion of contracts for oil and gas, even if it relates the conclusion of a contract, for example, for sand or gravel production.

Secondly, the exploration works are always associated with the risk of losing the investment. In view of foregoing, the Government intends to differentiate the obligations of the investor depending on the mineral exploration and production phases. For now the current legislation levels the approaches in the settlement procedures for exploration and production. And finally, there is a need to move from administrative-command system of subsoil use legal regulation to economic stimulation of the subsoil users.

In order to improve the situation, the Government has developed a draft law ‘On introducing the changes and amendments to some legislative acts of the Republic of Kazakhstan on subsoil use’, which is passed to the Parliament’s Mazhilis (see. "Initiatives taken by the Government to change the law on subsoil use, Petroleum, no. 6-2013).

The law drafting involved the interested public authorities and accredited entities, in particular, the National Chamber of Entrepreneurs of Kazakhstan; Association of Mining and Metallurgical enterprises; KAZENERGY Association; consulting companies: Olympex Advisers, Grata and White and Case. The draft document provides with 189 amendments to the law ‘On subsoil and subsoil use’, Code of the Republic of Kazakhstan on Administrative Offences and the Ecological Code of the Republic of Kazakhstan.

The most important conceptual amendments include:

The law also provides an introduction of the systematic 115 amendments, including the following: closing the gap in terms of expansion of the contractual territory, with the principle that in case if the borders of the field are beyond the geographical boundaries of mining lease, it is possible to provide with a mining lease for a period, to be defined by the prospective assessment project, if approved by the State expertise and on the basis of a decision, provided by the competent authority.