ASTEL: Being Online Onshore and Offshore

Applying effective and innovative approaches at work, ASTEL Company constantly introduces new, more sophisticated and advanced products and technical solutions to the Kazakhstani market. ArtemUrazimbetov, Head of Marketing at JSCASTEL, has shared with us on the recent achievements of the Company.

One of such products ensuring a steady uninterrupted connection in all conditions (that is especially important for the continuous production, such as oil and gas production) was the project of installation marine satellite antenna on the ship and arrangement with its help of the access to the Internet and telephone connection for Geo Energy Group LLP (Atyrau city).

The Customer announced the following requirements to the developers of the project: interconnect the onshore and offshore divisions of the Company; arrange telephone connection and a channel for the Internet access on board of the barge belonging to Geo Energy Group Company. It is worth noting that the Customer operates already a satellite network built by ASTEL Company.

In the onshore objects of Geo Energy Group Company the satellite systems Sky Edge have been installed. Upon completion of the project “Marine Antenna”, the Customer have got a unified secure informational network integrating both the onshore and offshore communications. This allowed the Customer to speed up and simplify the workflow between the shipping company, shore guard services and fleet ships, and reduce communication costs.

Possibility of applying services based on the marine antenna is much more wider than just the Internet and telephone. There is a possibility of arranging such services as video-conference, remote connection and management, monitoring of shipping parameters from the shore, and many others.

This project was successfully completed in the mid of November 2013, despite the fact that it was a first time for ASTEL to implement the project with this kind of equipment. Much attention was given to the timing - it was of higher priority to complete all the works before the frosts in the Caspian Sea start and it will be covered with ice. The following basic equipment was used in the project: 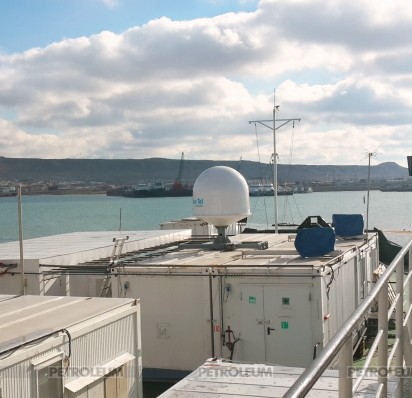 Work on the project was carried out within 3 years. During this time, were carried out presentations of solutions, consulting services, project development, and then, placement of the order, delivery, installation and putting into operation of the equipment. First, the equipment was tested and integrated in the central office of ASTEL Company in Almaty city, and then, it was installed and commissioned on the Customer’s objects.

Was carried out an integration of the SeaTel System with the equipment of other manufacturers: GPS-compass and Satellite Modem Sky Edge II Pro. Based on the results, the Customer expressed a high opinion to the work done: the result is achieved, the given task is successfully accomplished!

Such a complicated project is not the first one “on the balance” of the specialists of the Kazakhstani Company. For more than 20 years ASTEL provides the services of telecommunication and integration to a large number of companies and organizations in the oil producing regions of Kazakhstan: in particular, in Aktobe, Atyrau, Kyzylorda, and West Kazakhstan regions.

Among the Customers of ASTEL Company there are such major producing companies as TCO and PetroKazakhstan. The company provided also consultancy services to a number of companies engaged in the development of the Karachaganak oil, gas and condensate field. ASTEL is proud of cooperation with North Caspian consortium conducting the development of the giant Kashagan field in the Kazakhstani sector of the Caspian Sea. This project is truly called the project of the 21st century. 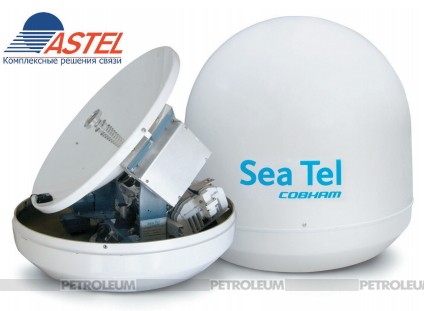 Office in Atyrau city that operates almost since the founding of the Company is a leader among regional subdivisions. Over the past two decades, the staff of the office employees remained almost unchanged. This means that currently they are not just professionals, but also experienced experts of the region specifics and nature.

If to formulate the functions of the Company in few words, it would sound as - to establish reliable communication from any point to any point of the world. Having in the arsenal the equipment from leading manufacturers, ASTEL offers its Customers a wide range of high quality services, including: network solutions and data transmission services, satellite communications services and wireless access, television and radio broadcasting and telephony, Internet access, system integration and supply of equipment, as well as development and implementation of other projects of any complexity.

Working closely with Customers and taking into account the specifics of their business processes, as well as individual needs, the Company is constantly developing and trying to find solutions that meet the most demanding Customers’ requirements. Additional competitive advantage is that the Customers of ASTEL Company along with the received service get 24/7 technical support. 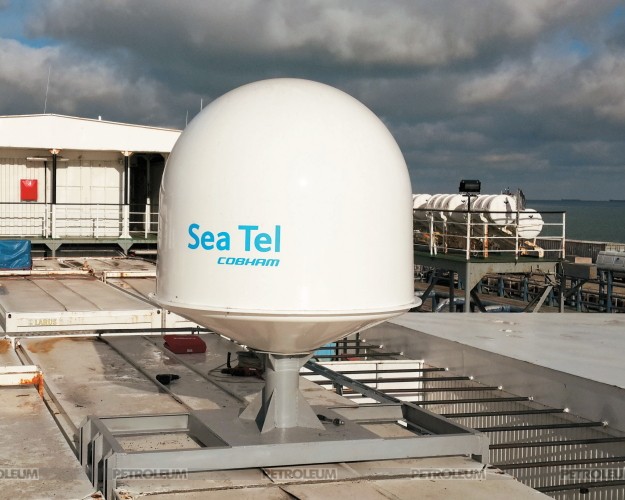 Working with the global Customers, the Company intends to increase the level of its services to the same global level. For today, ASTEL Company has five international certificates in various areas (ISO 27001:2005, ISO 20000-1:2011, OHSAS 18001:2007, ISO 14001:2004, ISO 9001:2008). As Kazakhstani telecommunications integrator, ASTEL fully complies with the requirements of oil companies and intends to continue improving the quality of services to be provided to its Customers.