Operations on the Shelf are Accelerating

Berik Tolymbayev, Vice-Minister of Oil and Gas of the RK 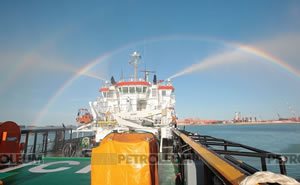 The Kazakhstan sector of the Caspian shelf has the huge proved reserves of oil. As a result of geological and geophysical study, over 120 prospective structures were revealed the forecasted resources of which are estimated at 8 billion tons of conditional fuel, including 4.5 billion tons of oil.

Complex development of available resources demands attraction of large investments, modern technologies and the highly qualified personnel. For the 1996-2010 period the volume of investments in hydrocarbon raw materials has come to $114 billion, of them $15 billion were directed at the conduct of exploration work. For the specified period, the annual volume of investments has grown by more than 17 times, and on the 2010 results has come to over $16 billion, including almost $1.5 billion on exploration.

The total investments into development of oil and gas projects into the Kazakhstan sector of the Caspian Sea (E^SCS) are worth about $39 billion. For example, in August 2010, investments in the 1st stage of development of the huge field E^a`shagan comprised over $22 billion. 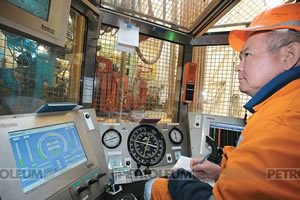 To date, Kazakhstan concluded 201 subsoil use contracts, of them 15 contracts – as production sharing agreements (PSA). The government of Kazakhstan pursues a policy of providing the presence of the state in all projects available in its territory. Nowadays, it is provided participation of the national company KazMunayGas in practically all projects in E^SCS.

Development of fields in E^SN~S is connected with a number of technological complexities such as severe climatic conditions, presence of a big content of hydrogen sulphide, abnormally high pressure, as well as the location of fields in the environmentally sensitive zone with rich and unique flora and fauna. This establishes rigid requirements to equipment and techniques applied under the fields’ development. So, the work is active on attracting investments into introduction of innovation technologies in the process of development. 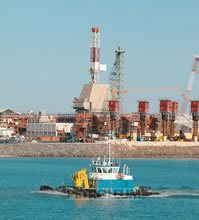 In this regard, and also with the planned growth in production of Kazakhstan oil on the Caspian Sea shelf, a great importance is given to the development of infrastructure to transport the Kazakhstan hydrocarbon raw materials to the world markets. Advanced transportation infrastructure has been built in the country. Huge work was done on development of the main pipelines system, increase in their competitiveness and reliability. Also, important interstate contracts for transit of our oil were concluded.

Transportation of gas is carried out via the gas transportation system of international transit. Kazakhstan supports the project for the Pre-Caspian gas pipeline realization of which to a great degree depends on the arrangements between Russia and Turkmenistan.