Fears are Groundless, Partnership is Mutually Beneficial About the so-called «Chinese threat» to the Kazakhstan’s oil and gas assets

Kanatbek Safinov, responsible secretary of the Ministry of Oil and Gas of the RE, doctor of law 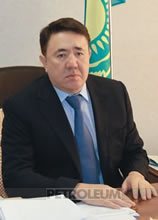 Recently, the question is actively exaggerated in the press on the increased share of China in the development of Kazakhstan’s hydrocarbon resources and about the ostensible sale of natural bowels to the detriment of our republic’s interests. In many respects, the underlying reason for the rousing interest is characterized by extreme politicization in the sphere of economic activity that always negatively affects its efficiency. The reasons for it are seen both in the arisen conservative views of ordinary citizens concerning our eastern neighbor, and in the conspiracy version of some mass-media seeing a plot either in the imaginary «sale to China of 1 million hectares of land», or in the loss of independence because of the $10 billion loan to finance the projects in the sphere of industry, transport, telecommunications and agriculture.

By putting aside the agitation slogans of the times of “developed socialism” and “cultural revolution”, we will pay attention on the facts which, as is known, are stubborn things. 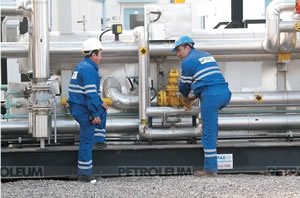 On the background of the world financial crisis, China has come out with the least losses for itself, if not to speak about the shortages in the growth of export to the USA, EU and Japan. Moreover, China has played a main stabilizing role in overcoming its consequences, being interested in maintaining stability in the world financial markets. By reaching a level of the world’s second economy, «the median state» draws its attention on the emerging markets not only locally, but also in South East Asia, the Near East, Latin America, as well as in all states of the post-communist camp.

On the other hand, China also is the world’s second large consumer of oil opening an access to its reserves by making investments in the national economies worldwide. At present, the increase in China’s demand for oil comprises in different estimates from 25 to 40 % of the world demand, while the game rules in the global oil market allow it to constantly increase the deliveries of energy resources for own needs (up to 80 % by 2030). If in early 2000s the main supplier of crude oil to China was Oman, then now the African continent starts to win the palm of supremacy. Meanwhile, it’s quite logical if China will wish to buy more oil in Kazakhstan: we have the shortest distance of delivery with developed transportation infrastructure and stable sociopolitical conditions. 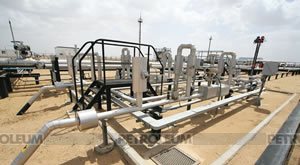 Under the annual demand of approximately 400 million tons of oil, China only plans to receive from its nearest neighbors, Russia and Kazakhstan, 15 and 11 million tons of oil respectively, that totally is estimated at less than 7 % of its demand under a 2.3 % of Kazakhstan share. Under current oil production of up to 80 million tons, Kazakhstan simply physically not in a state to occupy the leading position among the Chinese oil importers. Therefore, the share of the Chinese in the market of the Kazakhstan oil comprises only 22 %, conceding to the Kazakhstani (28 %) and American companies (24 %). In future, since 2013, the proportion of the Chinese companies in the total production of oil and gas condensate will decrease: its share will come to 20 % in 2015 and will reduce up to 11 % by 2020.

Meantime, to ignore China as one of the main players in the oil market would be a short-sighted decision for the republic itself where oil production comprises about 20 % of GDP, while its export reaches 60 %. Though, it should be mentioned that the Chinese companies have mainly acquired shares in the oil companies developing the mature fields which passed their peak of production and are at a stage of decline (PetroKazakhstan Inc., Turgai Petroleum and KazGerMunai), or which have no potential for considerable growth (Mangistaumunaigas and Karazhanbasmunai). Such fields demand considerable investments and application of new technologies to produce oil.