Some Taxation Issues in the Oil and Gas Industry 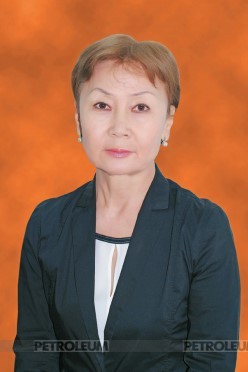 The Republic of Kazakhstan possesses significant reserves of oil and gas, which means the oil and gas industry holds the leading position in the structure of the national economy. Therefore the tax system in this sector needs to provide stability, transparency and progressivity,, take into account the general global situation and encourage investment.

International practice has shown that the creation of an effective tax system for the natural resources sector is a complicated task. As a rule, it is conceptually different from the tax system in other sectors of the economy, since it incorporates a significant rental income and higher investment risks.

Pursuant to the Law 'On Subsoil and Subsoil Use' ('Subsoil Law'), the concept of 'oil' also includes crude oil, gas condensate, natural gas and associated gas, as well as hydrocarbons derived from the treatment of crude oil, natural gas and processing of shale coal or resinous sands.

The State decided in the Tax Code effective from 1 January 2009 to re-distribute the tax burden, increasing it in the mining sector and decreasing it for small and medium business.

The taxation of subsoil users is covered by Section 11 of the Tax Code, under which they pay all taxes and other obligatory payments to the budget established by the Code.  In addition, there are special payments (subscription bonus, commercial discovery bonus, reimbursement of historical costs) and taxes (tax on mineral extraction and excess profits tax).

There is a general rule that under the subsoil use contract, tax liabilities are calculated in accordance with tax laws applicable at the time those liabilities arise.  In addition, there are specific features with regard to the taxation of income of nonresident subsoil users (Articles 198-200 of the Tax Code).

Stability for tax regimes is reserved for production sharing agreements (contracts) entered into before 1 January 2009, provided that they have been subject to obligatory tax review, as well as subsoil use contracts approved by the President of the Republic of Kazakhstan.  However, any tax regime envisaged in such contracts may be changed by mutual agreement of the parties.

The Tax Code requires the subsoil user to conduct separate tax accounting for calculating the tax liability for the activities performed under each subsoil use contract, as well as when developing low-margin, high-viscosity, wet, marginal and exhausted fields, if taxes and other obligatory payments to the budget thereon are calculated in the procedure and at rates different from those specified by the Tax Code.

Tax and Payment of Subsoil User

The subscription bonus and commercial discovery bonus are fixed payments for a subsoil user.

It should be noted that certain provisions of the Tax Code are a little unclear in terms of how the ‘object’ of a commercial discovery bonus is defined, which has lead various ambiguous interpretations.  Thus, according to a particular contract for combined exploration and production with a stable tax regime entered into in 2004, the obligation of a subsoil user to make this payment only arises in the event that a new field is discovered in the contract territory.  Given the fact that a new field was not discovered, therefore, the bonus was not paid.   However, in 2005 the competent state authority established that there had been an increase in mineral reserves.  Since 2009, a subsoil user calculates its tax liability in accordance with the law applicable at the time.  In 2013, as a result of additional exploration of a field, the amount of mineral reserves was increased again. The tax authority considers that pursuant to Article 319.5 of the Tax Code, the commercial discovery bonus should be calculated from the total volume of reserves, because this payment was not made on the previously established volumes.

Of course, the Tax Code is a higher level of legal act than the Subsoil Law.  However, this Law is a special legal act regulating relations in the area of subsoil use.  Therefore, it is reasonable to use special terms with regard to tax legislation in the way they are understood and interpreted in their own sector of legislation.

Pursuant to the earlier Tax Code, the obligation to make this payment arose  from the date of a confidentiality agreement was signed between a subsoil user and the competent state authority for the study and use of subsoil.  Due to the disputes between the tax authorities and subsoil users over the meaning of the concept of "confidentiality agreement", the Law No. 152-V, dated 5 December 2013, 'On the Introduction of Amendments to Some Legislative Acts of the Republic of Kazakhstan on Taxation Issues' defined the said term as any agreement between a subsoil user and the competent state authority, under which geological information is provided for use. A contract (agreement) for acquisition of information also qualifies as a confidentiality agreement.

This provision was effective from 1 January 2009. This raises a question regarding penalties for subsoil users which failed to reimburse historical costs in accordance with the procedure and within the timeframe established by the Tax Code, because they signed agreements for the acquisition of information rather than confidentiality agreements.  Obviously it would be better to introduce this innovation since 1 January 2014.

Mineral extraction tax (hereinafter - 'MET') is paid separately for each type of mineral, including oil types such as crude oil, gas condensate and natural gas. This tax replaced the royalty, which was established by the Tax Code,  and was effective until 1 January 2009.  The object of MET, like that of the royalty, is the volume of extracted minerals.  However, unlike the royalty, the procedure for determining the value of this volume depends on the purpose of the crude oil, gas condensate and natural gas use. Thus, the volume of natural gas is divided into natural gas sold at the domestic market and/or used for a company’s own production needs, and associated gas used for the production of liquefied petroleum gas sold at the domestic gas market. Amounts thereof are deducted from the total amount of extracted minerals.

The MET rate for exported natural gas is 10%. In respect of the gas sold at the domestic market, the rate of 0.5-1.5% applies depending on the annual extraction volume.  In calculating MET, the costs of a subsoil user are not taken into account.

Excess profits tax ('EPT') is a tax on that part of the net profit, which is recognised as excess profits because it significantly exceeds the income for the preceding period.  This tax is intended to limit the profitability of excess-returns productions.  The object of taxation is the part of the net income exceeding 25% of the deductions of a subsoil user.  Net income is defined as the difference between the total annual income, deductions, corporate income tax ('CIT'), as well as a tax on the net income of a permanent establishment (for non-residents performing subsoil use operations through a permanent establishment). For the purposes of calculating EPT, deductions are defined as the sum of costs deductible for CIT purposes and additional costs, such as the costs for acquiring (creating) fixed assets.  The tax is calculated by applying the rates to the taxable part of income.  Each part of the taxable income is determined by applying a percentage to the deductions and by excluding from this previous taxable parts of income until the entire taxable income is apportioned.

Recent amendments to the legislation on taxation of subsoil users had a greater effect on the oil industry than the gas sector.  In this regard, there are outstanding tax related problems in the gas industry. The tax burden level is not differentiated depending on the terms and conditions for hydrocarbons production from various fields that differ in the amount of reserves and the degree of deposit depletion.  As a result, subsoil users are not interested in investing in further exploration in order to increase the mineral reserves and in using new production technologies. Therefore, further improvement of the tax system, which would create conditions and incentives to increase production and gas field development, including small and medium ones, is required.

The introduction of a differentiated MET rate may be considered the main priority for reforming the tax system for the gas industry. Differentiation of the rate depending on the conditions of gas production involves a careful analysis of the economic conditions of the industry in order to determine the prime cost of gas produced under different conditions, and the profitability of selling it. In this case, a prerequisite is to minimise problems with the administration of this tax.

There is an opinion that the MET rate shall be calculated by applying at least four reduction factors, which should take into account the distance of fields from the customer, degree of gas reserve depletion in the specific subsoil phase, production depth, as well as the presence of associated components in the produced gas.

A differentiated approach would allow the state to withhold the differential rent to companies operating in the best fields according to the natural characteristics, to encourage the full extraction of oil from the "old" deposits with difficult reserves, to engage new promising fields for development, as well as to create equal competitive conditions for all subsoil users.