Which of Subsoil Users Will the Government Help?

Thirty ninelow-profitable oil and gas companies of Kazakhstan will soon get tax preferences from the government. 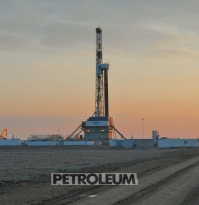 Let’s remind that on August 20 the National Bank of Kazakhstan has introduced a floating exchange rate of the tenge which resulted in the fall in the value of the national currency by 35%. Later, at the briefing at Central Communications Service of the RK the First Deputy Prime Minister Bakytzhan Sagintayev informed that till October 1 the total tax burden for low-profitable oil companies will be reduced. “In cooperation with KazEnergy Association we conducted in-depth analysis of all 57 oil and gas companies. As a result, 39 low-profitable companies were selected on which till October 1 it is planned to reduce the mineral extraction tax (the MET). This will give a possibility to reduce the total tax burden on these companies by 8%. In monetary terms, this comprises KZT146 billion,” he said then.


Naturally, the question arise: which companies have entered this list and whom this time the state will save? Total.kz Information Agency addressed to the Ministry of Energy of the RK with a request to submit the list of 39 low-profitable enterprises (by indicating the name of the legal entity) about which Mr. Sagintayev said. According to the official answer of the Ministry, the acceptance of applications from oil producing companies is still under way.


“The Ministry of Energy of the RK is ready to inform additionally about the results of consideration of applications from oil producing companies upon written inquires. To date, privileges on the MET were received by JSC Karazhanbasmunai. LLP Tandai Petroleum was approved at the Interdepartmental Commission and is waiting for resolution’s signing. Applications from JSC CNPC-Aktobemunaigas, JSC TurgaiPetroleum and JSC Uzenmunaigas are at the stage of consideration,” informed the press-service of the Ministry.


Who own these companies? JSC Karazhanbasmunai is developing the Karazhanbas field in the Mangistau region near the city of Aktau. According to information on the official website, Karazhanbasmunai, with the production amounting to over 2 million tons of oil per year, enters the number of ten largest oil companies in Kazakhstan and three leading oil companies in the Mangistau region. CITIC Canada Petroleum Limited (CCPL – formerly, Nations Energy Company Ltd) is indicated as the only shareholder owning 100% of simple voting shares. This private company was founded in 1996 and registered in Canada. It is engaged in the acquisition of international projects for oil and gas exploration and production worldwide.

LLP TandaiPetroleum (development of the Zholdybai field in the Atyrau region) received approval at the Interdepartmental Commission and is waiting for resolution’s signing. Its final owners are Maira Mynzhaskyzy (b.1966) and her 21-year-old daughter Saule Bolatovna Kunarbayeva through Batys LTD. The family’s father is Bolat Konarbai (b.1966),  ex-deputy of the Mazhilis of Parliament of the RK. By the way, he is indicated as the only founder of LLP Satti Meken and also has a share in the charter capital of one more legal entity – LLP Bolsat (co-owners are Samat Zhienbayev, Berikbol Berdalinov and Maira Mynzhaskyzy). The company operates in the market since 1997 and is engaged in bookbinding and finishing work.