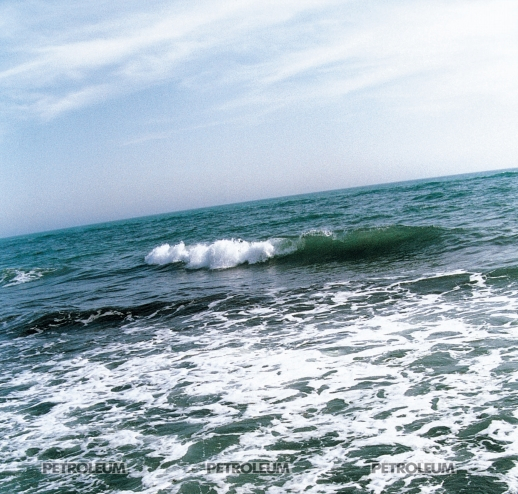 The national company KazMunayGas spent twelve years (!) to obtain the rights to develop the Issatay area at the Caspian offshore, that finally allowed to establish a JV (joint venture) to develop this promising sector.  It is not a joke:  Back in 2003 KMG filed an application to the competent authority for direct negotiations and for obtaining the subsoil use rights with enclosure of “Preliminary program of exploration and evaluation of Issatay area”.

Here are the latest news: KazMunayGas and Eni will soon  create a joint venture to develop Issatay field.  It was reported by the press service of the Italian Eni  in June of the current year.  According to the message, Sauat Mynbayev, Chairman of the Board of KazMunayGas, and Claudio Descalzi, CEO of Eni, signed an agreement in the presence of the  Kazakhstan President Nursultan Nazarbayev and Prime Minister of Italy Matteo Renczi, which defines the terms and conditions for transfer of Eni’s 50% stake in the subsoil use rights for Issatay block. Issatay block will be developed by a company that will be established jointly by KMG and Eni on a parity basis.

“This agreement demonstrates a successful completion by KazMunayGas in relation of the required procedures in accordance with Kazakh legislation, on the acquisition of subsoil use right for Issatay block and completion of corresponding commercial agreements, which finally will allow to pass Eni’s 50% stake in the subsoil use rights and they will govern all the joint activities to develop the block. It is expected that the subsoil use rights transfer will be completed within few months after deal approval by the Republic of Kazakhstan,“ – as stated in the message.

The agreements, signed in Italy are shortened version of joint plans, specified back in 2009. Initially collaborative exploration, according to the memorandum from 2009, it was planned to make it on two Caspian offshore area:  Issatay and Shagala.  However, subsequently, the Italian side chose to refuse from Shagala area with more complex conditions and it focused its activities on Issatay.

Let’s note that the agreements as of 2009 were signed in the midst of an acute conflict over the postponement of the first oil production at Kashagan, and many experts believed that Eni, being a Kashagan operator during this period, tried to appease the official Astana.  Meanwhile, Eni was criticised during that time and the company’s top  management started looking for opportunities to avoid losing all the positions at the well-developed territory of the Caspian offshore, knowing that sooner or later will lose key role in the project.

The predictions came true - last  autumn, Agip KCO ceased to exist as experimental industrial phase operator of the North Caspian project development, and the Italians had to think of a new application for their available offshore assets, or to sell existing properties and well-established infrastructure at a cheap rate. The solution became one of the most suitable from the prospect point of view promising project  – Issatay area.

Eni was wise enough to refuse from the development of Shagala project, despite  number of advantages.   Six promising structures were found in Shagala area, but there are many karst caves in that part of the offshore area, and even the smallest drilling errors might be costly for the developing company.  Therefore, the Italians selected only Issatay area, located in the Caspian Sea, 40 km north from Buzachi peninsula.  Water depth in the area is 3-6 meters.  The closest settlements are the rotation camps at Karazhanbas and Kalamkas fields, located at a distance of 50-70 kilometres from the center of the area.  Bautino port is located in 200 km south west from Issatay area, with the support base, ensuring offshore operations for the North Caspian project.  Geological and geophysical study of Issatay area was conducted mainly in 1995-1996, during the process of geological exploration by international consortium Kazakhstancaspishelf.

Issatay area was covered with the uniform network of 2D seismic profiles with density 4 x 4 km, which makes it relatively prepared for the pilot drilling.  That is, the working area is well explored, that boost chances of success. The area has four prospective structures:  Issatay, Burynshak, Sunkar and Tolkyn. The working program of exploration and appraisal works is planned to be performed in two stages. At the same time, the working program of exploration and appraisal works should include the preparation activities at each stage. Based on the appraisal results, the expected geological resources of crude oil according to P (50) are the following: 248 million tons at the Issatay structure, 161 million tons at the Tolkyn structure, 60 million tons at Sunkare,  64 million tones at Burynshyk.

Therefore, according to the category C3, Issatay area has a summary of prospective geological resources  valued at 468 million tons of oil that makes the exploration works worthwhile.  Even though, the experience of offshore exploration works shows that the small structures, such as Sunkar and Burynshyk are not commercially viable under such geological conditions as those existing in the Caspian Sea,.  Accordingly, it is possible to reduce figure automatically from 480 million tons to 124 million tons.  Whether such a reduction will be viable is an issue of practice.  Geological exploration- a roulette game.  The chance to win and to find the commercial reserves is usually evaluated as 1 to 4, or even 5.  Although impressive size and relatively simple geological structures, availability of promising oil and gas complexes,  proximity of industrially important fields at the adjacent onshore and determined oil and gas presence at the nearby offshore structures in the northern Caspian Sea result in high opportunities for oil and gas exploration in these areas.

According to KMG estimations, the exploration of Issatay structure will be finished approximately in 2.5 years at a depth of 2700 meters, and the total cost will amount to 400 million USD.  In general, there is a commercial reasons to develop Issatay project.  Not much, but however there is a hope.   The success rate is slightly above average one.  For the oil companies the project risks are quite acceptable. 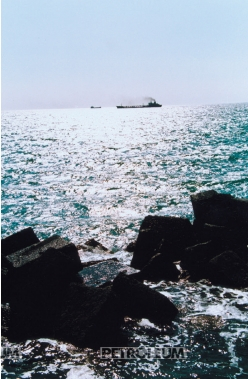 The second project, where Astana’s hopes are concentrated now, is Zhambyl project.  Zhambyl area is located in the northern part of the Caspian Sea, about 20 km from the mouth of Kigach River (Ganyushkino district), which is the border territory between Kazakhstan and Russia. The volume of oil, obtained during testing (60 tons per day) has proven to be good for the onshore production. In conditions of the north-western part of Kazakhstan’s Caspian offshore, where the production cost per ton of oil is 2.5-3 times higher and the risks are hundredfold higher compare to the similar onshore projects, this result can be considered as ambiguous one. Zhambyl is an above-salt object, and hence it is more accessible and cheaper to develop.  The water depth in the area of production goes from 4 to 5 meters.  Total area of structure is 1935 square km. Six above-salt structures were found at Zhambyl area, of which the basic ones are Zhambyl and Zhetysu.  There are also some structures that are considered to be less prospective ones: Bibigul, Tujgyn, Gaukhar and Eleanora. Financing (100%) was fully made by the South Korean investor.  A consortium of Korean companies consists of Korean National Oil and Gas Corporation KNOC (35%), SK Corporation (25%) and LG International Corp.  (20%). Another 10% is owned by Samsung Corp. and Daesung Industrial Co.  Ltd. Originally, the consortium of South Korean companies owned only 27% in the project and KMG owned 73%. However, according to the memorandum, signed in April between Kazakhstan and the Republic of Korea, in the future the Korean companies have the right to purchase 23% share of the project from the NC KazMunayGas.

The first oil at Zhambyl area was produced during the pilot operation of an exploration well. It became some kind of relief for the Kazakhstan’s oil industry workers, at least, because the “dry period” in exploration works at the Caspian Sea offshore finally came to an end -  it was described by the experts as Tyub-Karagan syndrome.  It was the first well in a completely new territory in the north western part of the Caspian Sea (North-Caspian elevation), and it gave the oil inflow. Perhaps, in general this area of Kazakhstan’s Caspian offshore still has more prospects than the central part of Kazakhstan’s Caspian offshore (Buzachi), where the unsuccessful projects include Tyub-Karagan, Atash and Kurmangazy.  Nevertheless, the perspectives of Zhambyl project cannot be regarded as conclusive ones. On the basis of obtained production rate, the recoverable reserves would barely amount to 30 million tons. Level of profitability for Zhambyl field has a potential to reach at least 2 million tons of oil annually. The project is unprofitable in conditions of this offshore area with shallow water and seasonal restrictions from 1-2 up to 3-4 months due to environmental and climatic conditions.

Three-dimensional seismic survey was designed to find answers to these questions. Seismic studies, especially three-dimensional ones, are sensitive enough for the oil companies budget.  The companies are not using 3D seismic survey frequently, because their costs are comparable with drilling expenses.  The main task for the oilmen is to reappraise the potential of North-Caspian Sea elevation, which is an offshore counterpart of Buzachi peninsula.   It is like the peninsula, but it is located  under water with depths from 2 to 5-7 meters.  Shallow waters. This is a totally new area for Kazakh oilmen, searching for oil and gas.   Earlier, it was estimated as second area with the presence of hydrocarbon resources after Pre-Caspian basin with 2 billion tons of oil, which is incomparable to the resources of Tengiz. In fact, Zhambyl project is “the first shot” in the area.  And there are another ones - Makhambet and Satpayev projects.  Special issue for the oil workers is the type and quality of oil, determining its cost and therefore, the project commercial attractiveness.

The exploration drilling at Zhambyl and Zhetysu structures gave the first results.  According to its parameters, the oil is similar to Buzachi hydrocarbons and the oil, found at Zhemchuzhiny(Pearls) area, with a fairly large amount of sulphur.  Quality and type of oil are well known to the Kazakh oilmen.   The immediate objective of the seismic project is to specify all the parameters for the traps and to get a clear picture about Zhambyl area hydrocarbons.  So, for example, the project will allow evaluating the potential for oil search at two small structures, such as Tuigyn and north-western Zhambyl.   Despite everything, the oil is clearly not enough for independent commercial development of Zhambyl project.  Unlike Zhambyl, a salt structure was found at Zhetysu which can also provide new food for thought.  What if the hydrocarbons, found at the above-salt complex (Cretaceous period) is only a top of something more valuable?  Searching for oil and gas raise the whole layer of questions to which the correct answers shall be found; all the obstacles shall be optimized; the ,most effective and commercially viable solutions shall be found.

There are many questions and 3D seismic survey can give answers to them.  Seismic survey period is planned for 268 days, of which the active phase shall last 168 days.   Further, a repeated interpretation of the results will be conducted.   Nevertheless, the future project can be judged only in one and a half - two years period.  Further, based on the achieved results, financial possibilities of Korean partners and current perspective of the world oil market, the companies-participants of the project will make the key decisions: whether to continue exploration or to move to drilling, whether to close the project or to take a time out?