MECHSTROYSERVICE JSC: The Strategy of Success

An interview was conducted by D. Slinko 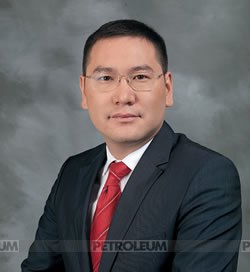 Rinat Kassymov, General Director of Mechstroyservice JSC, tells about the company’s history, present day and prospects in an exclusive interview to Petroleum

- Please, tell us about the main stages of your company’s formation. What are the main accomplishments since the date of its formation?

- The history of JSC Mechstroy- service (MSS) is inseparably linked with the history of independent Kazakhstan. In 1991 the company obtained a state licence to conduct the main types of construction work which defined a range of early proj- ects such as building of dams, roads, temporary premises, utilities and infrastructure facilities. The first years were very hard: with the col- lapse of the Soviet Union, the long- term economic links were broken and the building industry experi- enced difficult times. It was needed to work hard, to create a strong tech- nical base, to form a working collec- tive and to search for its niche in the new market relationships.

In 2004 the company fulfilled its first project in the field of marine construction: reconstruction of moorings in the port of the Man- gistau region. Since that year MSS has been actively working in this sphere. For example, for the last few years we have realized several large projects in the coastal zone of the Caspian Sea, including the construction of a cargo mooring of the offshore base in Bautino, the oil terminal in the sea port of Аktau, a pier and other projects. An important stage in Mechstroy- service’s development began in late 2006. 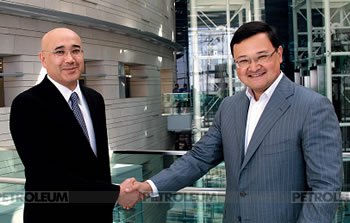 The new management has come to the company the primary goal of whom was to lead the com- pany to a qualitatively new level of management. We were aware that the increased demand for the qual- ity of construction work is becoming decisive, so we need to reach a new level so that to win in the competi- tive struggle.

New management was oriented to successful experience of the national companies in terms of introduction of new technologies in building, planning, quality and risks reduction systems.

The task was set: a resolute improvement of manage- ment and organisation of work in construction. Qualitative perfor- mance of works and strategic plan- ning have became a guiding line. To accomplish this, in 2007 the company has approved a reconstruc- tion plan envisaging a stage-by- stage solution of a primary goal with division by years.

We were aware of full responsibility for the personnel which was formed in the company for the years of work. According to the plan, the company’s automation of business-processes was made and the software systems for econom- ic, administrative, operative and accounting activity were enhanced. In addition, the company’s rules, procedures and instructions were strictly defined.

We have managed to raise the project management system and the process of purchases to a qualitatively new level. Re-structuring has also touched the personnel policy. After all, the main riches of any successful com- pany, which is engaged in produc- tion, are the people rather than mechanisms.

The personnel policy was aimed at maintaining high effi- ciency of work and providing the administrative and production staff with qualified specialists. Great attention was given to improve the each employee’s motivation to work, maintain social security and form joint interests. Also, we have fulfilled measures on stabilisation and optimisation of the company’s financial structure. The company’s confident and stable growth and realities of time dictated the need to transfer to a qualitatively new level and select the strategic directions of activity. 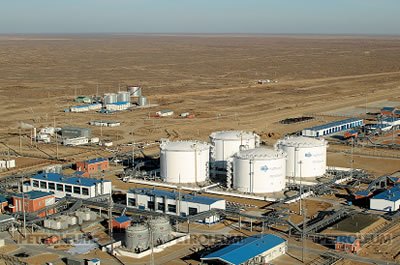 We have determined on the oil and gas industry and marine construc- tion. Gradually we oriented to work with the national and foreign com- panies which have high demands to the quality of performed works. Therefore, it was needed to corre- spond to the new high standards. In March 2008, the company TUV NORD conducted audit and certificated JSC Mechstroyser- vice under ISO9001, ISO14001 and OHSAS18001 standards. ISO stan- dards are fully introduced in the company’s business strategy, ethics purposes and practice. In November 2008 Moody Inter- national, on behalf of the interna- tional company Agip, conducted its own independent audit. As a result under the listed class of goods and services, JSC Mechstroyservice is included into the list of the autho- rised suppliers of Agip. In 2009 our company has been recognised as a fair supplier of Sam- ruk-Kazyna Holding. We are proud of these accomplishments. It means that we have achieved our goal and conformity with the international standards of work.