Terrorism and Change of Power – Political Trends of the Year 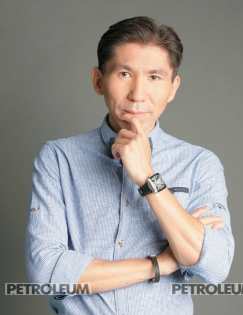 The first half of 2016 was rich in various political events that indicate some interesting trends, both in social life, and within the political elite.

The pressure in the boiler rises

March 20 this year, parliamentary elections were held in the country. The "Nur Otan" party got highest number of votes. It reached 82.15% The "Ak-Jol" party ranked second (7.18%). The third-ranked Communist People's Party of Kazakhstan (7.14%). Thus, the same parties again appeared in the lower chamber of Majilis, which were in the previous Parliament.

As we know, the current Parliament made a decision to dissolve itself on January 14th of this year. The official reason for the early parliamentary elections was called that the country is experiencing an economic crisis, and hence no sense to delay parliamentary elections. In either case, the early elections did not turned the Parliament into a collective successor, the one which could act as a guarantor of peaceful power transition. Although the president of Kazakhstan again said about the possible transformation of the political system, including by amending the country's constitution. That is, Nursultan Nazarbayev has once again raised the issue of establishing a presidential-parliamentary republic.

The thesis of a possible change of the political system sounds actively in the society for the last few years. For example, in March 2015, the President spoke of the possibility to start the constitutional reform in order to strengthen the role of parliament as a collective successor during the XVI Congress of the "Nur Otan" party. By the way, besides the President, the Speaker of the Senate of the Parliament Kassym-Zhomart also raises this issue with some regularity. Interestingly, on March 20, a few days before the election , the Speaker of the upper chamber of Parliament again said that the role of parliament in the country will increase, in interview to one of Russian media. It is unlikely that all of this is a coincidence. Such a scenario is being worked. Speaking from the perspective of long-term stability, this makes sense. Since in such a system, parliament becomes not just a strong player. It can counterbalance the shadow oligarchic groups. Only in this case parliament has a chance to become one of the guarantors of maintaining political stability, especially in the period of the power transition. 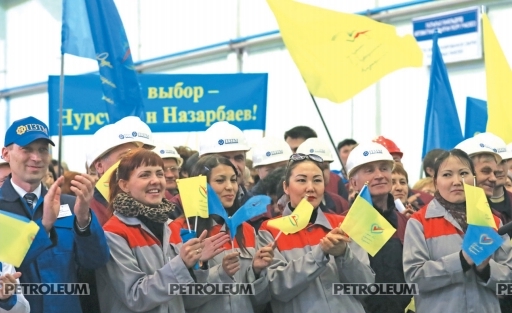 With the current composition of the weak, not electoral and unpopular party members, we can hardly expect a qualitative growth from the Parliament. Any attempt to strengthen the Parliament, not in words but in deeds, will automatically require to make changes in the party and electoral legislation, making it more liberal. The authorities are not ready to go for it. The entire catch is that the real separation of powers implies the existence of an independent mandate of trust both for president and parliament. But if we create the mentioned presidential-parliamentary model, then Prime Minister's status must be elevated automatically, that who must be more than just a technical manager or a creature of a shadow group, but also must carry a certain political weight. In this case, the president will have to accept the fact that new politicians may appear on the political scene.

So far the opposite process is observed in Kazakhstan lately: political field has been cleared of all the independent and perspective players who could respond quickly to the neutralisation of protest moods in society. But this policy has led to the growth of social tension. Protests against changes in the Land Code have shown it. The first unauthorised rally was held in the west of Kazakhstan, in the city of Atyrau, late April of this year. It should be noted that this was the largest meeting in Kazakhstan in recent years. It is interesting to note that the possibility of selling land to foreigners has appeared in the Land Code back in 2011. In particular, foreigners can buy land for the construction of residential buildings or for production. At the same time, it was forbidden to buy agricultural land. At the same time, population has concerns about the increasing number of Chinese people who want to take land on lease.

But the Government decided to go ahead of the curve, so the President has made several decisions that were supposed to remove the social tension over the land question. First, he dismissed the Minister of National Economy Erbolat Dosaev, as well as the Minister of Agriculture Asylzhan Mamytbekov for bad information work with the population on explanation of the new amendments to the Land Code. Secondly, the President imposed a temporary moratorium on the four amendments to the Land Code, including the increase in terms of rent to foreigners. Thirdly, the Commission on Land Reform to discuss and explain the rules of the Land Code, and in order to develop proposals was set up on the instructions of the Head of State. The result of the work of this Commission has been the preservation of the presidential moratorium on amendments to the land code, for a period of 5 years, as well as a few cosmetic amendments to appease society. 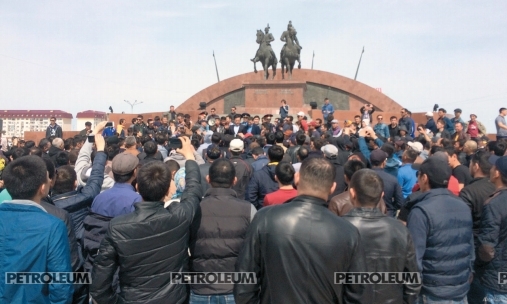 But in parallel with the work of the Commission, detentions and arrests of the most active supporters of the protests on May 21 against the sale and lease of land started in different cities of Kazakhstan. Organisers of the first April meeting in Atyrau, among whom was Max Boca, who refused to enter the Land Commission have also been arrested. But the land protests have taken place in the country, not only because of the amendments to the Land Code, but as a general protest expression with regard to what the power does or doesn't do. As practice shows, a social explosion could occur at any time for any reason with different participants, the main thing is that favourable conditions are ripe. In most cases "detonators" for these social explosions often laid by the authority itself, due to inefficient implementing socio-economic policies or not appreciating the risks from taking those or other public decision-making. By the way, the last point is quite important for Kazakhstan.

Basically, it's said that if the central and regional governments do not stop living by the principle "after me, the deluge" and learn to analyse all the possible consequences of their actions and decisions in the medium and long run, social explosions of different capacities and of different frequency, will permanently shake the country.

Kazakhstan businessman Tokhtar Tuleshov, who was accused of attempted coup by organising protests and riots has been called one of the main organisers and sponsors of the land rallies. Tokhtar Tuleshov was one of the most authoritative and influential businessmen in the south of Kazakhstan. Allegedly, on a background of political instability the Shymkent businessman planned to form a so-called alternative government and change the structure of the current Government. According to the investigation, in particular, Tuleshov wanted to become a vice-president of Kazakhstan and subsequently lead the state. Although it is rather strange, considering that the position of vice president has long been abolished in the country. It is not clear who should be president. By the way, apart from him, 25 persons are subject to criminal liability, and around 300 are testifying as witnesses. There are military representatives and former government officials among those arrested. It is also unclear how could Tokhtar Tuleshov seize power by organising rallies and protests, if at the moment it is almost impossible since the political elite of Kazakhstan under the current president has no obvious and serious opponents.

Moreover, a significant part of the elite mobilised around the president, seeing it as a guarantor of the preservation of intra-elite balance and retain ownership. In addition, a significant part of Kazakhstan's society supports the President in the first place, different ethnic groups, who see him as a guarantor of the preservation of inter-ethnic stability. That is, Tokhtar Tuleshov didn't have the opportunity to complete the change of power. The most he could do was to seize power in a particular region. And this despite the fact that other regions have their own regional elites who hardly would have allowed him to organise these meetings without their permission.