The «Rompetrol Rafinare» Plants Have Reached the Record

The last year 2016 was marked by some historical results for the group “KMG International”, which through “Rompetrol Rafinare” manages “Petromidiа”, the largest in Romania and the most modernized refinery in the Black Sea area, and “Vega”, the only producer of bitumen and hexane in the region, and the petrochemical complex, the only producer of polymers in the country. Thus, the processing volumes at two refineries have reached the record of 5.45 mln tons for the first time. The record was achieved at “Petromidiа” in gasoline production - 1.25 mln tons, diesel fuel - 2.52 mln tons, jet kerosene also made the record of 4.4%, which is 237 thousand tons of products. The highest polypropylene production volume has been achieved - 125 thousand tons, MTBE - 41 thousand tons for the first time.

The polymers total production volume at “Petrochemicals” made up 150 thousand tons, it was the highest figure for the last 5 years. 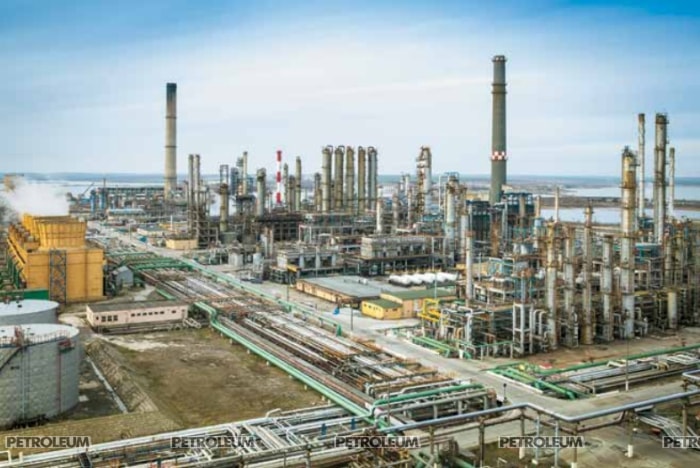 Transformation is the Key

“Change for the Future” business transformation program initiated in 2013 resulted to the operating costs significantly reduced at the enterprises. Processing costs at “Petromidiа” amounted to around 16.7 US dollars per ton, similar figures were achieved at “Vega”.

As a comparison, by 2010, before modernization, the processing costs were around 27-28 dollars per ton. The numbers tell the story best! One of factors for reducing the operating costs was the change in rates for different auxiliary materials. The remaining is the result of the management team systematic work on improving the operating performance, energy efficiency and etc. Some projects have already been introduced and implemented, some projects will be introduced in 2017-2021.

Despite “Vega” is one of the oldest Romanian plants, its continues operating efficiently with the efforts of all its workers. The plant has large prospects, since it is the only enterprise in the sector to produce different solvents and hexane for the industry. In the Romanian market, the plant is the only bitumen producer, and they plan to increase the production capacity in the nearest time. “Vega” prospects are associated with the projects for “Petromidiа”, since both plants are linked to each other into a single chain.

New projects on the operating efficiency were introduced in May this year, when “Rompetrol Rafinare” performed the scheduled revisory technological works on 3-22 of May at its two refineries - “Petromidia” in Navodari and “Vega” in Ploiesti. Total cost of technological works scheduled in November last year exceeded 17.5 mln US dollars.

During the works coordinated by the general contractor of the group “KMG International”, the company “Rominserv”, the production flows were improved and optimized according to the new processing capacity of “Petromidia”, and the predictive maintenance was performed to increase the operation safety and to comply with the environmental requirements.

Over 2,000 different workers (mechanics, electricians, operators, civil engineers, corrosion treatment experts) in total were involved in the technological works. They performed specific works on replacing the catalysts required to maintain and increase the oil quality, on decoking the furnaces at the delayed coking units, on maintenance, control, calibration and recertification of the specific technological equipment (pipelines, valves and other) at “Petromidia” and “Vega”.

We should note that the customers of “Rompetrol Rafinare” didn’t feel the suspended production at two plants: they were continuously supplied with the products from “KMG International” reserves. 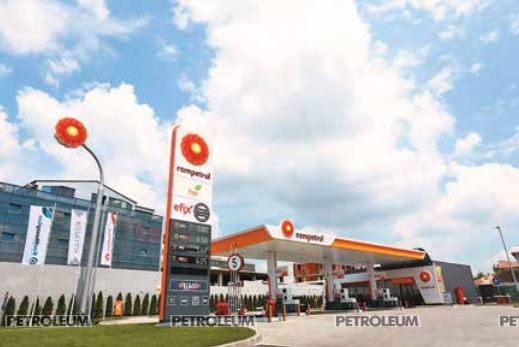 The strategic development plans have been prepared at the enterprise, associated with the deal with CEFC China Energy Limited Company, which is expected to close in the beginning of the second half of the year. The new shareholder investments will allow to expand the production capacity from 5 to 10 mln tons of the crude oil per year. The capacity expansion project is the long-term plans. In the medium term, they plan to improve the production indicators by introducing some investment projects with the new partners.

The future projects will be associated with the increased oil loading/unloading capacity. One of the expansion directions is to increase the market share in Romania, which requires investments in the railway and automobile ramps (structure to load/unload oil products).

In the current year, one more project will be introduced at the crude oil distillation plant, which allows to increase the light product output, to improve the energy efficiency, and to reduce the energy costs. Other projects will be implemented at other facilities, on gas recovery from the coking unit, reducing the heavy gas components, for the fuel gas used by the plant to be lightweight. Around 16 similar projects exist. Some of them are meant to comply with the new European Union emission requirements. In 2018, the new CO2 emission rules will be introduced in EU, which the plants are getting prepared for already.

At present, “Rompetrol Rafinare” is completing the new generating capacity construction. With the new power plant commissioned, first of all, they expect to reduce the energy efficiency index by four points. They also expect that the processing costs from the new power plant will reduce from 16.7 to 15 dollars per ton or even lower. This will allow to improve the financial and economic indicators and increase the profitability for shareholders.