KAZENERGY: Securing the Future of Energy

The XI KAZENERGY Eurasian Forum was held on September 7-8 in the Palace of Peace and Reconciliation in Astana. It was devoted to "Creating the Future Energy" and organized by KAZENERGY Association with the support of the Government of the Republic of Kazakhstan. 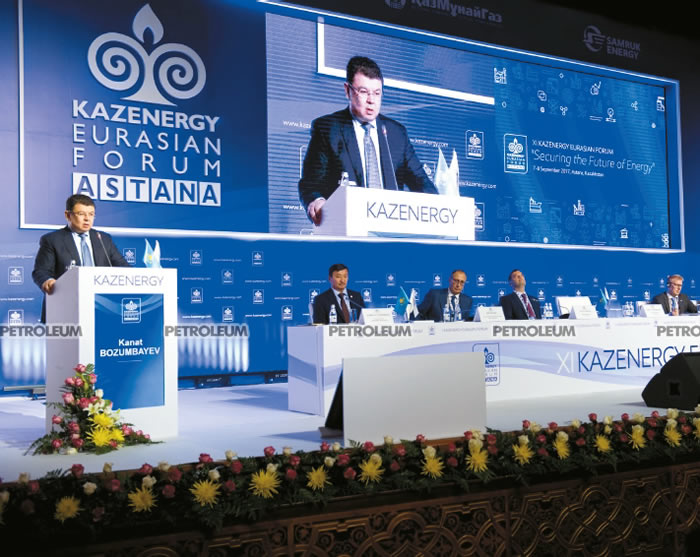 The forum continued the dialogue that started at the Ministerial Conference on Sustainable Energy Development in June this year and became the key and final event of the International Specialized Exhibition Astana-EXPO-2017, which was held over the course of three months in the capital city of Kazakhstan.

The agenda of the two-day Forum was quite busy. The speakers included some high-profile politicians and heads of major international organizations in the oil and gas industry. The Prime Minister of the Republic of Kazakhstan Bakhytzhan Sagintayev, President of Iceland Olafur Ragnar Grimsson, Deputy Prime Minister of the Russian Federation Arkady Dvorkovich, Minister of Energy of the Republic of Kazakhstan Kanat Bozumbayev, President of the World Petroleum Council Tor Fjaeran and many other prominent figures took part in the plenary session. Two interactive discussions were organized, including those with the participation of world energy leaders. During the parallel program sessions and sub-forum events, the participants discussed topical issues in development of the oil and gas and energy sectors, taking into account the latest changes in the market. 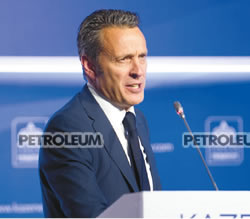 In total, the speakers of the KAZENERGY Forum included 6 heads of sectoral ministries of foreign countries, more than 10 leaders of international organizations and analytical agencies, as well as heads of the largest transnational energy corporations. More than 1500 participants from 40 countries were registered at the Forum.

Taking into account that 2017 is the anniversary year for the oil and gas industry in Kazakhstan, KazTransOil JSC, Chinese Corporation CNPC and others held special events as part of the Forum.

The key event of the Forum was the presentation of the National Energy Report. It was prepared by KAZENERGY Association in conjunction with IHS Markit in 2017. The report presents the current situation and forecasts of the industry development by the main energy sources, such as oil, gas, coal, uranium and electricity. The analysis was broken down into three main areas, such as fundamental factors, infrastructure and regulation. In addition, the report contains studies on geopolitical and economic changes affecting the economy and energy of Kazakhstan. It also includes an assessment of the Kazakhstan’s potential in the use of renewable energy sources, implementation of green initiatives, reduction of energy and resource intensity of the economy, in particular in the context of the international specialized exhibition Astana - EXPO-2017.

At the end of the Forum, the participants adopted a resolution that defined the goals and objectives of the energy sector. The Forum participants recognized the important role of fossil fuel in long-term and stable energy supply, agreed on responsible development of the major oil and gas projects, such as Kashagan, Karachaganak and Tengiz, taking into account their capital intensity, technological features and low prices for energy resources, as well as on continued modernization and optimization of the existing pipeline system to ensure reliable oil and gas supplies to consumers. In addition, the resolution specifies the need for cooperation in the sphere of exploration to provide the oil and gas industry with a stable resource base, and for acceleration of technological modernization in the oil and gas and energy sectors, taking into account introduction of clean technologies that are aimed at minimization of the environmental impact, resource saving and improvement of energy efficiency.

The dialogue that was held during the last three months in Astana as part of the Astana-EXPO-2017 exhibition, Ministerial Conference on Sustainable Development and XI KAZENERGY Eurasian Forum made a real contribution to strengthening energy security in the region. 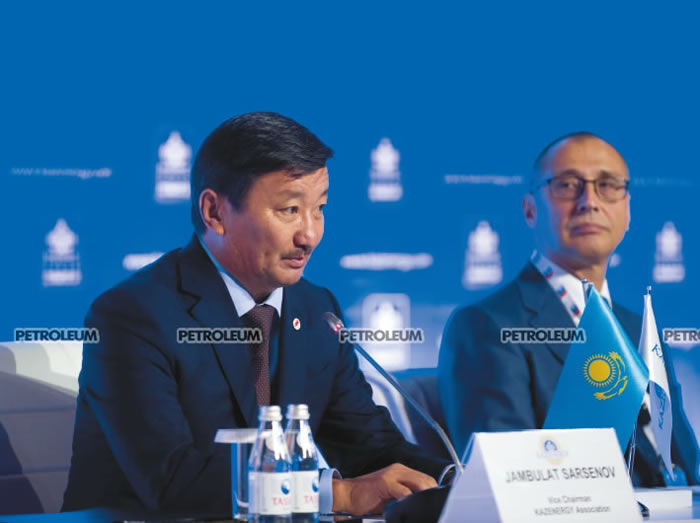