2017 Financial and Operational Results of KazMunayGas 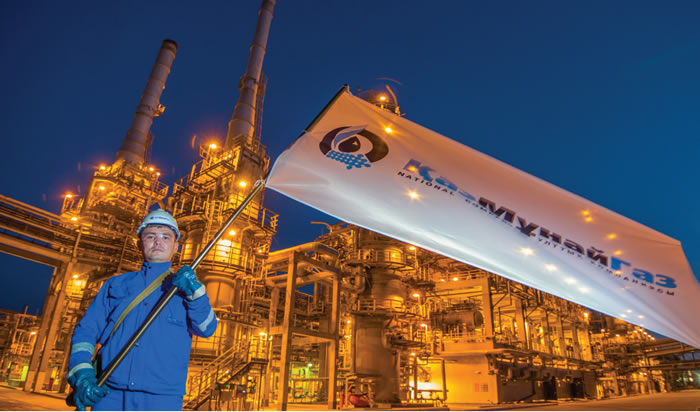 NC KMG's operating loss in 2017 amounted to KZT 401 bln (USD 1,230 mln) vs. KZT 25 bln (USD 72 mln) in 2016. The operating profit of NC KMG does not include revenues from the sale of oil and oil products through KMG International (“KMGI”), due to the fact that KMG I is in the process of sale, and therefore accounted as discontinued operations in the consolidated financial statements of NC KMG under IFRS. However, the cost of sales related to the purchase of oil and oil products for KMGI trading purposes is accounted for in the operating profit of NC KMG starting from Q3 2017, due to a change in the purchasing scheme and amounted to KZT 280 bln (USD 858 mln). As a result, NC KMG’s operating profit decreased on y-o-y basis. In turn, the net profit of KMG I is accounted for in the consolidated profit of NC KMG as profit from discontinued operations[5].