Europe: Energy Union as a New Energy Paradigm? Security and Independence is a Key Strategy for the EU

FROM INDEPENDENCE TO SECURITY 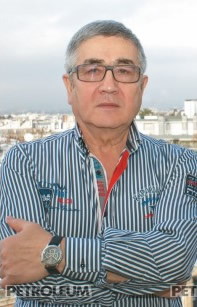 European Commission published the Concept of the Energy Union on  February 25.  It should be recognized that the forthcoming establishment of the Energy Union means the next stage of deepening the integration process. This Union will be the third integration model after creating the Monetary Union (with its supranational currency-Euro and its management body-the European Central Bank) and Banking Union (with the creation of a single supervisory authority over the European banks). The integration principle of transferring some powers of national governments in the field of energy on the supranational European level is also present in the concept of the Energy Union.

Energy is an industrial basis, which enables the economic growth and progress in science and technology, as well as the simple comfort of life. Therefore, it is not surprising that the issues of energy security occupy the first place in the civilized countries. According to the viewpoint of the developers of single market concept, the main obstacles to the progress in energy market will be the lack of market integration,  maintenance of uncoordinated national policies and the lack of common position vis-à-vis the third countries, outside the EU.

Meanwhile, the European energy security is linked to independence from the resource suppliers to a great extent. The EU imports 53% of consumed energy. Some countries depend on a single main supplier of gas. Diversification of suppliers is a principal key to energy security.

The Energy Union framework strategy represents a vision of the future, and brings together the actions in different areas into one coherent strategy. These measures are intended to strengthen the Union, on the basis of solidarity and mutual trust among the EU members. According to Brussels plans, the main content of the Energy Union will be the creation ofsingle energy market, integration of the national gas transportation systems in 28 countries and building the infrastructure between the EU energy networks.

In order to strengthen the regulation of the single market, the Agency for Cooperation of Energy Regulators (ACRE) will have more authority and independence. This will allow the Agency to monitor effectively the development of the internal energy market, corresponding market rules and to allow dealing with all cross-border problems, arising as a result of creation of a uniform internal market. This integration will result in the fact, that the EU countries will be deprived of sovereignty in the energy policy in favor of the European Commission.

WHAT ARE THE MAIN PRINCIPLES OF THE ENERGY UNION?

Energy Union has three objectives in the area of EU energy policy: security of supply, sustainability and competitiveness. The Union will work in five complementary areas to achieve these objectives: energy security, solidarity and trust; internal energy market; energy efficiency as a factor in the demand decline; decarbonizing the economy; research, innovation and competitiveness.

These five areas are those requiring greater integration and coordination.  A list of measures to be taken in the coming years is defined for each area. Regular monitoring and review of this action plan will ensure that measures comply with the current conditions.

In this context, the Commission will develop a set of measures, which will include the revision of the rules on security of gas supply.

A great attention is paid to the issue of increased transparency in the gas market. The concept of the Energy Union provides the extending the powers of the European Commission, with the approval of the gas deals with third countries. Before signing new agreements with gas suppliers, EU members will be required to pass the agreements for review by the European Commission "for compliance with the laws of the EU”.

Nowadays all gas transactions of EU countries shall be subject to negotiations with the European Commission at the beginning of negotiation process and not after their signing. In this case, Brussels has an opportunity to go beyond controlling the intergovernmental agreements, as well as to require amendments, which was not possible before.  Participation in the Commission in the negotiations with third countries and transition to the standard clauses of the contract will effectively withstand all kinds of pressures, including the political ones, and will ensure that European interests are protected within the framework of existing legislation. Such measures shall be fully consistent with WTO rules and EU competition laws. 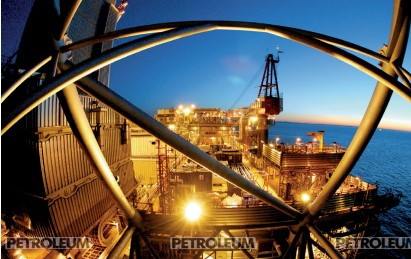 This requirement will cover both inter-State and commercial contracts. Therefore, Brussels will be the final stage of such a process and the EU will be a single side in the negotiations with the third countries.[1]

The enhanced transparency of commercial contracts on gas supplies shall be particularly enhanced. The Commission will submit a proposal to address this issue in the context of the revised legislation on gas supply security.

As for diversification, the focus is on the construction of the South European gas corridor, implementing the strategy for the development of liquefied natural gas, as well as a creation of gas supply hubs by multiple vendors from the Central and Eastern Europe and the Mediterranean basin.

It is expected that the greatest benefit from the creation of the Energy Union will be provided to the Baltic States and Slovakia, the Czech Republic and Poland, importing from 60 to 90% of its gas from Russia. They have a possibility of "voluntary association for the common procurement". Bulgaria, Greece, Croatia expect the considerable investments in its gas transportation system and their modernization. The situation is different for Hungary, which signed an exclusive contract for gas deliveries during the recent visit of Russian President Vladimir Putin, which coincided with the approval of this new concept by the European Union. Now the Hungarian agreement conflicts  with the concept of Energy Union and will cause a lot of tensions in the working authorities of the European Commission.

The European Commission also stipulates the measures for the diversification of electricity production.   Electricity is mostly produced in the territory of the EU. Sources are different media and technologies. Each EU country has its own set of available power sources and technologies. A very important issue is an integration of electric power systems within the EU: it will be able to ensure the cross-border exchanges in electricity, considering the fact that energy "sets" of EU member states often complement each other. The evolution of electricity market and, in particular, an increasing importance of renewable energy, require the additional measures to enhance the market integration.

The concept of an energy alliance also includes an ambitious strategy to support the research and innovation in the energy sector. The challenge is to maintain the leading role of Europe in global investment in the green energy sources.  Developing new regions in search of fossil energy resources, learning new technologies, improvement of infrastructures, providing access to new sources of supply-all these elements shall contribute to diversification and security of energy supplies to Europe.