20th Anniversary of Oil and Gas Cooperation Between Kazakhstan and China

A press conference devoted to the 20th anniversary of the oil and gas cooperation between the People's Republic of China and the Republic of Kazakhstan was held on September 7 in Astana within the framework of the 11th KAZENERGY Eurasian Forum in the Palace of Peace and Reconciliation. The conference announced the achievements of joint projects of the two national operators - China National Petroleum Corporation (CNPC) and NC KazMunaiGas JSC - in the area of oil and gas production and processing, pipeline transportation, and oil product marketing and sale, which proves that the bilateral relations are truly beneficial to both. 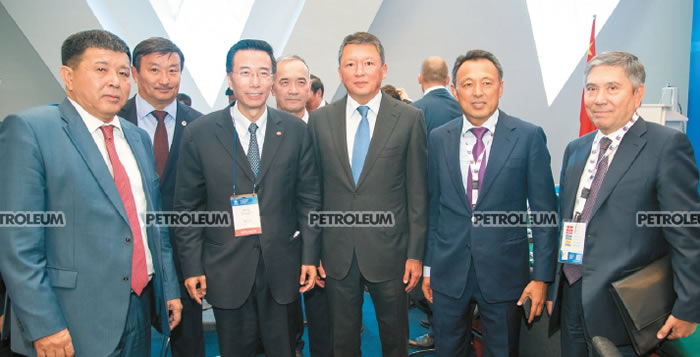 The petroleum cooperation of China and Kazakhstan starts back in 1997 from an agreement signed between CNPC and the RK Government for the purchase of shares in AktubinskneftIndustrial Group. Over 20 years the total amount of CNPC's investments into oil and gas projects in Kazakhstan has exceeded USD 42 billion, with the total amount of taxes paid to the state's budget being more than USD 40 billion. Today the total employee headcount is more than 30,000 jobs.

For years of cooperation the volume of oil and gas produced by China National Petroleum Corporation (CNPC) in Kazakhstani projects has increased by more than 10 times from 3.19 million tons in 1997 to 30 million tons starting from 2010; the cumulative crude oil production reached 290 million tons, and oil processing reached 54.74 million tons.

CNPC's investment operations in the exploration and development area in Kazakhstan include such projects as CNPC-Aktobemunaigas, PetroKazakhstan, Mangistaumunaigas, Buzachi Operating, CNPC-AiDanMunai, JV KuatAmlonMunai, and Kashagan Project. CNPC has achieved significant results in exploration of deposits in Kazakhstan by implementing the latest innovative technologies. Thus, it discovered the largest onshore oil field Severnaya Truva in the Caspian Sea Basin being the first field discovered in Kazakhstan after it gained independence, and also discovered new deposits in the South-Turgay Basin with a higher degree of exploration. By using innovative technologies it solved the problem of developing hard-to-recover reserves in the pre-salt field Kenkiyak, and was successful in stabilizing and increasing recovery from Zhanazhol, Kalamkas and Zhetybay fields and other similar fields being at the medium and mature development stages.

The corporation actively participates in developing new transportation routes for Kazakhstani oil and gas. CNPC together with KazTransOil built the first Kazakhstan-China oil pipeline directly linked to terminals of the international market with the capacity of 20 million tons of crude oil and the cumulative crude oil pumping volume of more than 100 million tons. The gas pipeline projects Kazakhstan-China with the capacity of 55 billion m3 per year and the cumulative gas pumping volume of more than 190 billion m3 of natural gas, and Beineu-Bozoi-Shymkent with the cumulative volume of more than 6.4 billion m3 were built through the cooperation between CNPC and KazMunaiGas, which provided an easy channel for transiting natural gas to the Chinese market, and also allowed supplying natural gas to South Kazakhstan, which was essential in stimulating the social and economic development of the region.

Speaking of CNPC's cooperation with Kazakhstan we should mention separately one of the most successful projects of the fruitful partnership, which is PetroKazakhstan company, a share in which was acquired by CNPC in 2005. Today, again in cooperation with Kazakhstani partners, CNPC is carrying out the Shymkent Refinery Modernization and Reconstruction Project, which will increase the oil conversion depth and bring the fuel quality to Euro-4 and Euro-5 standards. This project is included in the State Program for the Forced Industrial-Innovative Development of Kazakhstan.

Not limiting itself to the oil and gas industry, CNPC is active in supporting the efforts of the RK Government in developing the non-energy sector of economy. Thus, at this point the Project for Construction of the Plant for Production of Large-Diameter Steel Welded Spiral Seam Pipes in Almaty city has reached the stage of practical implementation and is being implemented in cooperation with Kazakhstani partners.

In general, today CNPC carries out its investment activity in more than sixty countries worldwide, and as a responsible and reliable partner it always sticks to the principle of mutual benefit and joint development in its international business. The company is taking maximum efforts to increase efficiency and upgrade the oil industry of Kazakhstan by implementing safer and more environmentally friendly production methods. An illustrative example in the area of environmental protection is the operation of Zhanazhol Gas Processing Plant (GPP).  It's a key project with CNPC involvement aimed at utilization of associated gas with the total amount of investments reaching USD 1.2 billion. The flare which had been burning in Zhanazhol field for more than 30 years was stopped thanks to financial investments and technologies of CNPC, and became the first illustrative example in utilization of associated gas in Kazakhstan. 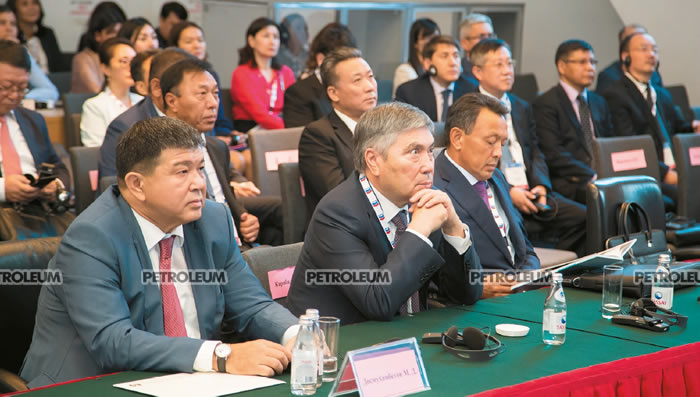 In the area of personnel policy the Kazakhstani enterprises with CNPC's participation stand to the principle of hiring local personnel and also actively create a platform for their career growth by providing training and refresher courses. At present the share of Kazakhstani employees at CNPC enterprises has reached 98.3%.

CNPC through its subsidiaries carries out the social corporate activity with a high degree of compliance with Kazakhstan's economic and social development strategies and actively participates in the construction of social facilities in close cooperation with the RK government and its partners. The total amount of CNPC's investments in social projects is USD 350 million. One of the latest examples is the financial support for the construction of the Kazakh National Choreography Academy in Astana. Besides, subsidiaries with CNPC's participation in various years were winners of the Paryz president award in the nominations The Best Socially Responsible Enterprise and For Contribution to Ecology. The biggest number of Paryz awards went to PetroKazakhstan, with the latest award received last year by the refining business unit of the company - PetroKazakhstan Oil Products - in the nomination For Contribution to Ecology.

According to CNPC President Wang Dongjin: "For 20 years, going hand in hand, our countries were able to lay a solid foundation for a more close future cooperation between China and Kazakhstan. At this point China is realizing the concept of the Silk Way's Economic Belt, which is seamlessly tied to the Kazakhstani economic development program Nurly Zhol.  This further boosts the development of all-round cooperation and relationship between China and Kazakhstan. I am sure that in the new epoch of the win-win partnership new pages will be opened for long lasting and strong friendship and better future of both China and Kazakhstan ".