On 29 November an international forum dedicated to implementation of digitalization projects in West Kazakhstan Oblast and key issues on introducing digital technologies in the oil and gas industry was held in Uralsk. 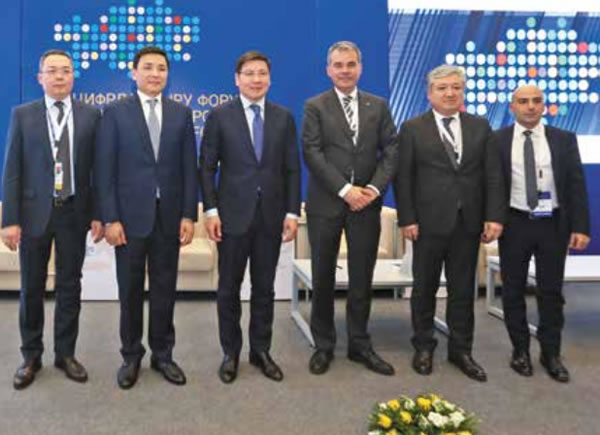 The event was organized at the initiative of Karachaganak Petroleum Operating B.V. (KPO) with the support from Akimat of West Kazakhstan Oblast.  The forum was attended by the RoK DeputyPrime Minister Askar Zhumagaliyev, representatives of the RoK Ministry of Education and Science, WKO Akimat, KAZENERGY Association, leading regional and national universities as well as experts and representatives of large international companies providing services in the area of IT and digitalization.

Digitalization projects of West Kazakhstan region and technological modernization of business processes of KPO carried out under the innovative development programme ‘Digital Kazakhstan’ became the main topics of discussions at the forum.

Askar Zhumagaliyev, the Deputy Prime-Minister of the Republic of Kazakhstan, in his welcome speech noted that now the Digital Kazakhstan Program  works within five focus areas. Particular attention is paid to the development of human capital and innovative ecosystem.

Akim of West Kazakhstan Oblast Altai Kulginov in his turn said: “Over the years of Independence, we have become one of the 50 competitive countries in the world.  Digital transformation is defined by the President Nursultan Nazarbayev as the strategic part of the Fourth Industrial Revolution in Kazakhstan.  This is one of the main components of the technological breakthrough that our country must make in order to enter the list of 30 most developed countries of the world by 2050”. 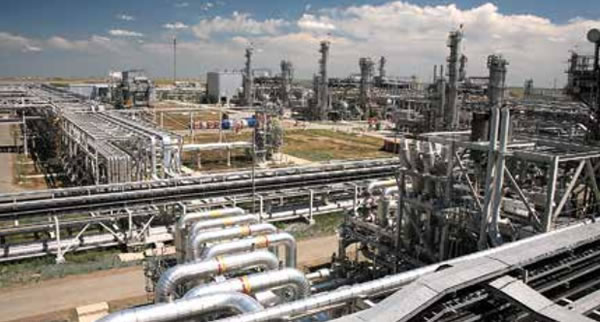 Addressing the forum participants Edwin Blom, KPO General Director, said: “Today, vast majority of all oil companies have teams that work on development and implementation of concepts of an ‘intellectual field’.  The purpose of today's event is to discuss possible ways, technologies and solutions for the digital transformation of KPO.  We welcome the opportunity for an open dialogue between business and government on key issues of digitalization, innovation and introduction of modern technologies in our company's production activities.  I hope this forum will serve as an effective platform for discussing the prospects of creation of joint ventures, expanding the business and establishing relations with all representatives of the market, both from the state and business side.  Today's event is also aimed at enhancing the local content in the areas of digital development and automation of business processes in the Republic of Kazakhstan for local and international companies”, he added.

During the forum, there have been presented more than 40 projects that are being implemented and planned as part of the national Programme “Digital Kazakhstan” and the regional concept “Digital Aqjaiyq”.

KPO has presented its own Digitalization Roadmap, which outlined the key areas for the transition to digital technologies aimed at streamlining, improving and accelerating the business processes including production, well operations, implementation of future projects, as well as increasing the local content and integrating with other components of the production infrastructure.

Signing of a Memorandum of Cooperation between KPO, the Ministry of Education and Science, WKO Akimat and KAZENERGY Association has become one of the highlights of the event.  The purpose of the Memorandum is further development of local content through provision of training to new personnel and supporting the start-ups.

In turn, the delegates of the forum noted the effectiveness of the event and high level of its organization.  In their opinion, trustworthy expert level of the participants contributed to a comprehensive discussion and analysis of the issues included in the agenda. 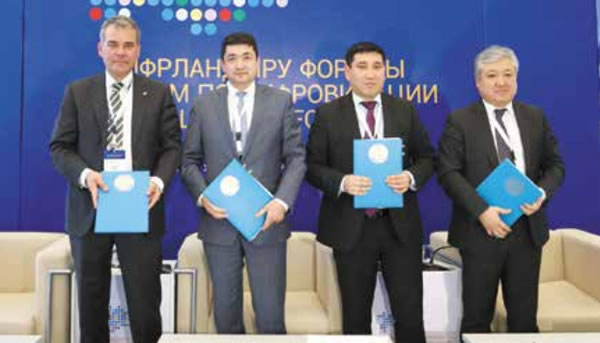