Disproportions of the Labor Market of Kazakhstan

In 2018, Kazakhstan allocated 41 thousand quotas for attracting foreign workers. Most of them are in the top management of companies. This was reported by the Ministry of Labor and Social Protection.

"The quota for attracting foreign labor for 2018 was approved for economic activities in the amount of 0.46% of the labor force or 41 thousand units. The main share – about 83.6% of the declared needs – falls on managers, deputy managers, as well as senior and middle managers in the first, second and third categories, and 16.4% – on working specialties in the fourth category and seasonal workers", – stated in the response of the Ministry.

The claimed 83.6% (which is no less than about 35 thousand people) is the niche of senior and middle managers, which in 27 years has already been prepared, but, unfortunately, is still imported to Kazakhstan. The topic of attracting foreign specialists remains painful for many Kazakhstanis, who for the most part could potentially fill this niche. Accusations such as "for how much longer?" are heard more often.  The attitude to the incoming labor force is latent-negative, which bode for nothing good. But it is half of the problem.  The problem of nationalization of jobs entails another, more scrupulous problem – the issue of "unfair" wages.

The topic of unfair accrual of wages worries many, and for a long time. And as we know from history, it has led to clashes between local workers and foreigners working in Kazakhstan. One of the most memorable large-scale collisions was the collision at the Tengiz field in 2006. And we can not say that this event was not predicted. The other way around. The negative hung in the air. I, then a young specialist, personally met on behalf of the management with representatives of almost all subcontractors. As a result, a report was drawn up. Two main causes of discontent: the difference in wages and disrespectful attitude to local workers. Twelve years passed, but the problem is still there. The mass brawl at the Abu Dhabi Plaza construction site in Astana in 2017 showed that the question remains open.

Unfortunately, this problem is more than 100 years old, and maybe more. The well-known Kazakh politician Mustafa Shokay in his works pointed out that the payment of Kazakh workers at times differed from the pay of foreign workers. The same situation was with housing conditions. Therefore, we should not treat this problem as a product of modern global political and economic processes. This, as it is now trendy to call,  are "deep problems."

For me, this topic has long been closed, as many reasons I found out for myself, and I have an understanding of how I can or can not affect these processes and causes. I approach this problem very pragmatically. And the purpose of this article is to share my vision of the situation without calls to "overtake the Smolny" and without propaganda such as "ask yourself what you can do for the country." For yourself, you need to understand that solving the problem, you can not expect anything from the state. It will not help you in any way, and if it does, it will be some minimum that will not solve your problem. Therefore, the article will not refer to any state regulations, resolutions, and other documents and other "obligations."

This article explains the reasons for the different wages of local and foreign personnel performing the same work. At the same time, it considers the problem as a whole, and not particular cases that may have their specific features. The description is quite universal and can be applied to any industry. I can state this with confidence, as I have experience in the oil and gas, chemical, construction, and sports industries. We will also touch upon the experience of the Arab Emirates. And I will describe my vision of the oil and gas industry, so personal to me, at the end.

Looking at all the years of independence, I can conclude that Kazakhstan mentally lives in the "feudal-digital" world, which is dressed in the clothes of "wild capitalism." Batyr Institute was replaced by the Institute of agashkas, and for this reason, family ties still play a significant role in employment. There is no competition. Therefore, the approach to understanding (note - not to be confused with "acceptance") of this problem should take into account such nuances.

So, the external factor. Kazakhstan in the eyes of foreigners leaves the impression of a third world country (given the fact that there is already a fourth). This kind of "a sight for sore eyes" can be found already in social networks, even from famous personalities who have earned considerable fees in Kazakhstan. That is, even political correctness goes by the wayside. And what to argue, if in the current terminology, the developing states are called the third world. And this is about Kazakhstan too. There are well-founded arguments for this in the form of various indicators, such as GDP per capita, the income gap between the poor and the rich, the level of freedom of expression, and many others. No matter which way you look at it, but it imposes a "special" attitude towards the country. Moreover, in the Expat Insider 2018 rating, Kazakhstan occupies the 49th place among 68 countries considered.

This rating evaluates the attractiveness of countries for foreign workers. The ranking takes into account the opinion of thousands of expats surveyed around the world on a variety of points. Among them are safety at work, friendliness on the part of residents, education for children (if a foreign worker came to work with his family), access to healthcare and other things that make up the overall picture. With such a picture, to "lure" foreign specialists in the third world countries is only possible through a high salary and a significant social package.

Let's move along. The average wage in the country in the world (Fig. 1). A value that varies from country to country. In the US it is 3263 dollars, in Germany it is 2315 euro, in Poland it is 871 euro, and in Kazakhstan number is 453 dollars. Accordingly, experts from the US or Europe will not come to Kazakhstan to earn as much as they can make at home, and even more so for the average salary of Kazakhstan. It's obvious! On the contrary, an expert will request additional bonuses for staying in a third world country. It is necessary to understand that the costs (taxes, utilities, etc.) in these countries are higher than in Kazakhstan (Fig. 2). One follows from the other. 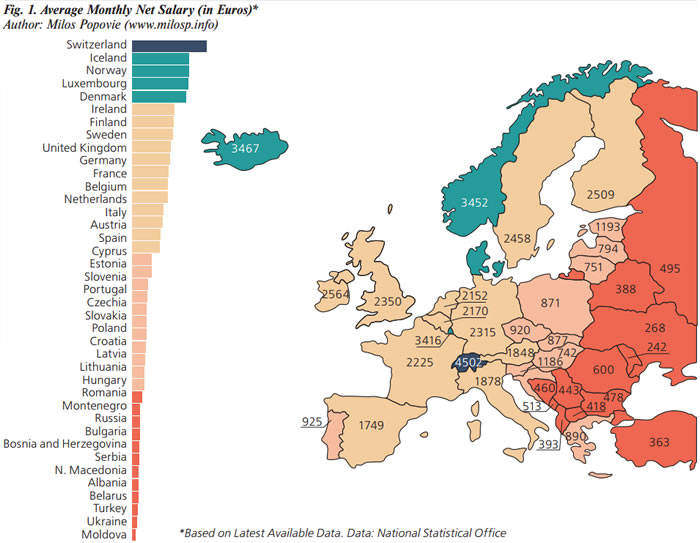 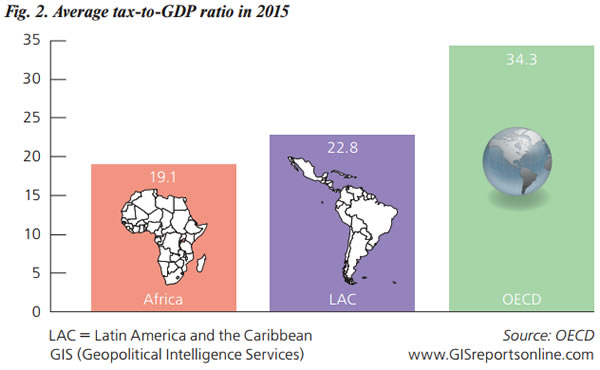