120 Years and a New Look into the Future

This year marks the 120th anniversary of the first production of Kazakhstani oil. Much has been written about the fact that oil is the breadwinner, the pride and the main guide in our country. We all know about the achievement of our first oilmen, the dependence of the economy on petrodollars, the current problems in the industry. But I would prefer not to constantly look back, and look forward to the future. If we agree that oil remains one of the engines of the economy in the next 15-20 years, we need to resolve issues in the industry before they turn into problems. 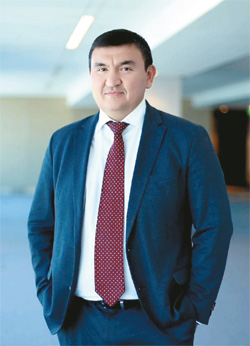 The global oil sector has entered into a difficult transition period. It is unclear what the industry will be like by 2040. There is a shift in emphasis in the energy policies of developed energy-importing countries. For example, the Trump administration is working to expand the pipeline system for transporting hydrocarbons and opening access to Federal land for the exploration of oil and gas reserves. At the same time, ExxonMobil continues to bet on biofuels. Chevron invests in startups that make oil and gas more efficient. Occidental, which recently acquired Anadarko, is investing in carbon capture technology that can allow the use of fossil fuels without additional emissions.

In Europe, on the contrary, there is an active reorientation to the production of energy from alternative sources. France and the UK have set a goal of full electrification of road transport by 2040. That is why many European oil companies now own or invest in electric car chargers. Shell bought First Utility in the UK. Equinor has bet on wind power by building the world's first floating offshore wind farm. BP bought Lightsource, a developer of solar energy. French Total owns Saft, a large battery company.

And what should Kazakhstan do? I suggest the following steps…

First, there is an understanding that in Kazakhstan there is an acute issue with geological exploration. Over the past quarter-century, no major discoveries have been made. All existing have already been licensed and transferred to subsoil users. There are no large fields that can be rapidly developed. But there are small ones, and small companies should work for them. We need to move away from gigantomania in our post-Soviet mentality. In fact, fields with recoverable reserves of 100 thousand tons are amazing. If we assume a minimum profitability of 10%, as well as the ratio of the export value of Kazakhstani oil at 0.75-0.90 of the world price of Brent oil, the minimum world price at which Kazakhstani oil will be competitive, depending on the route of transportation, should be 120-140 dollars/ton (or less than $20 per barrel).

Second, today the state's strategy in the sphere of oil field development is to increase the volume of production of Caspian oil as the capacity of onshore fields falls, in order to ensure stable annual production. To produce at sea is very expensive. Oil lies deep under the saline layers, oversaturated with sulfur and paraffin. For instance, look at the Kashagan. A huge amount of time and money is spent, and the result is incomparable. At the same time, PSAs were drawn up so that the risks of investors are minimal. Risks and costs are mainly borne by the country.

Therefore, in the future, I offer to drill to the sea fields from the shore, but carefully not flood it with water. This way it is possible to conduct the additional exploration of large fields, and the development of new ones. For someone, it will sound like something from the realm of fiction, but the old methods will not solve new problems. To build new islands on the Caspian sea is fall into the same trap, and to build offshore platforms on small fields is economically inexpedient. New problems require new solutions. In addition, horizontal drilling is no longer know-how, and there are many good specialists in Kazakhstan. Here I want to note that the recent appointment of a professional driller as Vice-Minister of Ecology, Geology and Natural Resources is encouraging.

Third, returning to exploration. Obviously, we need support from the state. At the September extended meeting on the development of the oil and gas industry in Atyrau, President Tokayev instructed the government to develop the Geological Exploration Program by March 1, 2020. The new Code on subsoil use, in the development of which, by the way, I also took part, already gives more opportunities for investors, but I would still focus on the experience of Norway – an example of how to do it. The State Fund of geoinformation in Norway, as you know, in case of unsuccessful exploration returns 75% of the costs, while withdrawing all geoinformation. 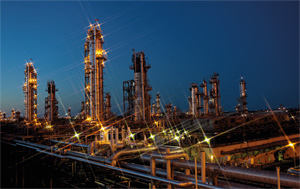 If we talk about the experience of Russia, this is the case, how not to do it. In Russia it took about ten years of discussions to establish Rosgeologia. Then another ten years trying to pump money into it. Zero effect, and subsequently, the most high-profile scandal has erupted. Some officials, of course, were imprisoned... partially, but the damage to reputation is huge.

I am sure that with the right approach in 7-8 years in Kazakhstan there will be good discoveries, and in 12-15 years the product will take off.

Fourth, if we talk about infrastructure as a necessary factor in the development of fields, it makes sense to start research along the routes of existing pipelines. Moreover, geologists say that more than 60% of the territory of Kazakhstan is potentially oil-bearing. We need to make maximum use of Soviet experience. There is more than enough information. Here, of course, it is important to take into account the need for railways. There will be no effective development without the railway. "First the railway, then the pipe" - this is the formula for rapid and effective development of the field. In this sense, the appointment of German specialists in the structure of Kazakhstan Temir Zholy can facilitate the task. I am sure that the specialists from Deutsche Bahn have the understanding, experience, and knowledge of how to implement it as efficiently as possible.

Fifth, we need to continue working on the associated gas utilization program. The three major fields have their requirements for re-injection of gas, but I am sure there is still a profit to be made. Especially that the gas issue is acute in Kazakhstan. The population is growing, and production is expanding.