Anniversary issue of the magazine 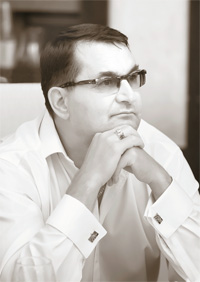 Dear readers!
You hold in your hands an unusual issue of the Petroleum Journal. It contains the most interesting and most significant articles and interviews that mark milestones in the development of Kazakhstan's oil and gas industry over the past 20 years.
It was 20 years ago, in January 2000, that subscribers picked up the first issue of the updated journal with the Petroleum logo. On the cover was a picture of a mighty Caspian Sea. And this is symbolic. Six months later, in early July, the commercial discovery of the unique East Kashagan field in Kazakhstan's sector of the Caspian sea was announced. This news will have the bombshell effect because it will be the largest discovery in the world in the last 40 years, after the discovery of the Prudhoe Bay field in Alaska.
The world's largest mass media, whose correspondents flocked to Kazakhstan, predicted it the fate of the Persian Gulf Tigers.  "Thanks to the Kashagan field, Kazakhstan will produce as much oil as Kuwait in twelve years, and will join a very closed club of the world's top five exporters," – the influential French newspaper Le Figaro wrote at the time.
According to the State Program for the Development of Kazakhstan's Sector of the Caspian Sea, presented in June of 2003 in Calgary, Kazakhstan was supposed to reach the level of oil production of 150 million tons by 2015.
Life has made adjustments to these plans, as well as to the development strategy of the industry and the country. Unfortunately, not always positive. We wrote about all these events on the pages of our journal, trying to do it quickly and impartially.
Twenty years – 120 issues of the journal. A real encyclopedia of the country's oil and gas industry. Based largely on these materials, I wrote and published the book "The Black Blood of Kazakhstan.  Oil History of Independence", which has already become a bibliographic rarity.
And you can find absolutely all articles and statistical materials published in the journal from 2000 to 2020 on the website www.petroleumjournal.kz.
Today, presenting the special issue "Petroleum 20 years: the best", I want to thank you, dear readers, for being with us all these years. Special thanks to all our partners and advertisers, because without your support, the publication of the journal would not have been possible.
We are together! And, I hope, we will continue to work together!
Best regards,
Oleg Chervinskiy, publisher