Result of the Year

January
The Ministry of Energy of Kazakhstan reported that in 2019, the country produced 90.4 mln tons of oil.
The growth was achieved due to the launch and reaching the design capacity of the Kashagan field. From 2016 to 2019, revenues from the Kashagan project amounted to $700 million.
Oil production formed 17% of Kazakhstan's GDP last year. At the same time, at the end of 2018, 30 largest companies in Kazakhstan paid almost 60% of all taxes to the budget, 90% of these companies work in the oil production sector.
In 2019, the country overcame the shortage of gasoline and diesel fuel, and for the first time in the history of independent Kazakhstan, gasoline was exported, including to Europe. The volume of shipments amounted to 20-30 thous. tons per month.
Starting January 1, the government has increased excise rates on gasoline (excluding aviation) and diesel fuel.
Thus, the excise tax on wholesale sales of gasoline by manufacturers increased from 10.5 thous. tenge to 24,435 tenge per ton, and from 11 thous. to 24,935 tenge on retail sales. Earlier, the Minister of National Economy Ruslan Dalenov reported that the government planned to increase the excise tax on gasoline starting December 1, 2019, due to increased social expenditures of the state. The deadline was then moved to January 1, 2020.
Starting from the new year, Kazakhstan has entered into force a List of petroleum products prohibited or restricted for export outside the customs territory of the Eurasian Economic Union.
It includes light distillates, jet fuel and diesel fuel, gas oil, toluene, and xylenes. The ban will be in effect for 6 months.
Fitch Ratings Agency reported that the Chinese owner, MIE Holdings Corporation, intends to give up a 40% stake in the Kazakhstani oil producer Emir-Oil LLP.
At the same time, Fitch Ratings confirmed the long-term Issuer Default Rating of MIE. 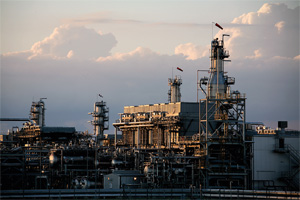 The Emir-Oil project is located in the Mangyshlak basin in Western Kazakhstan. Reach Energy Berhad, a private oil company registered in Malaysia, owns 60% of the shares of the LLP, and 40% of MIE. Commercial production, designed for 25 years, began in 2011. In 2018, total oil production amounted to 13.11 mln barrels, average daily production was 2,910 barrels per day, the total number of wells in operation was 32, and remaining recoverable reserves were 88.44 mln barrels.
MIE Holdings Corporation is an investment holding company primarily engaged in the exploration, development, production, and sale of oil and gas in China.
January 16, by the decision of the Board of Directors of Embamunaigas JSC, Esen Kairzhan was elected Chairman of the EMG Board.
Esen Kairzhan is a native of the Atyrau region, graduated from the Kazakh Polytechnic Institute named after V.I. Lenin in 1985, has additional higher economic and business education. He started working in the industry as a breakdown mechanic in Mangyshlak. He consistently passed all stages of professional development, since 1994 he has worked in managerial positions in Yuzhneftegas JSC, Kumkol-Lukoil JSC, General Director of Turgai Petroleum JSC, President of Karazhanbasmunay JSC and Kazgermunai JV LLP. Since 2018, he has held the position of Managing Director for Procurement and Supplies in NC KazMunayGas JSC.
The same decision of the Board of Directors prematurely terminated the powers of the Chairman of the Board Anuar Zhaksybekov in connection with the transition to another job.
To read the full article, please log in
Authorization
or register.