Lessons from the pandemic for Karachaganak

Edwin Blom, General Director of Karachaganak Petroleum Operating B.V. (KPO), in an exclusive interview with Oleg Chervinskiy, publisher of Petroleum Journal, tells about the company's work in the context of the pandemic, the progress of implementation of investment projects, and prospects for the development of the Karachaganak field. 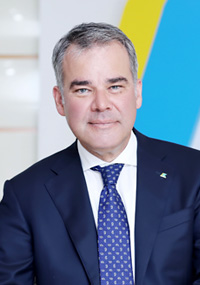